I was amazed to see that it had been 4 years since I last saw the Heath Fritillary, so after hearing that a few were flying I set off to Kent along with David, primarily to see this beautiful Fritillary, but also to catch up with a few of the Kent orchids.

We arrived quite early at the wood and found that much of it was underwater from the storms earlier in the week. Obviously that part of Kent had a lot more rain than we had had back in Sussex.

After some time hunting for the butterflies I almost trod on a very fresh female Heath Fritillary. She wasn't keen on flying much at all, partly because she was so new, but also the weather was still on the cool side. I was pleasantly surprised when I got home, as I managed a couple of pleasing shots of her that I didn't think I had done at the time!! 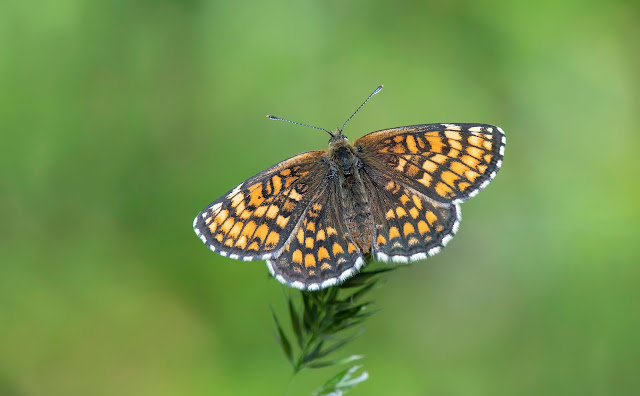 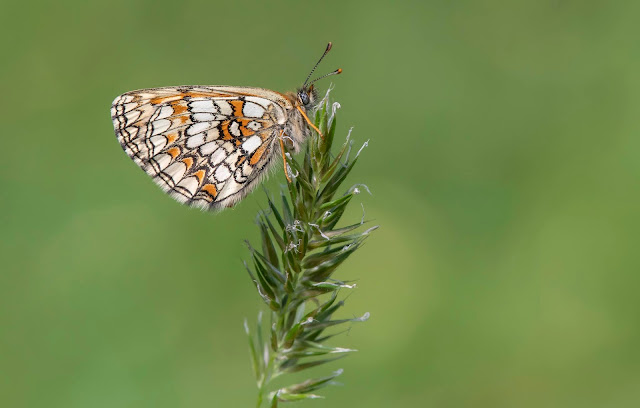 Gradually the weather improved and a few more Fritillaries appeared, although it was still pretty small numbers. I guess many perished in the torrential rain earlier in the week. All the remaining butterflies we saw were males and one or two of them posed quite nicely and differently. 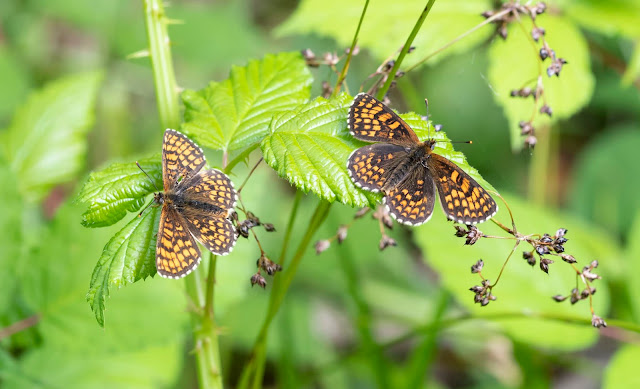 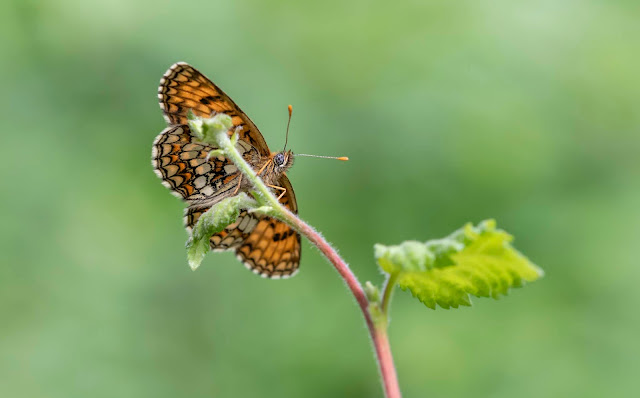 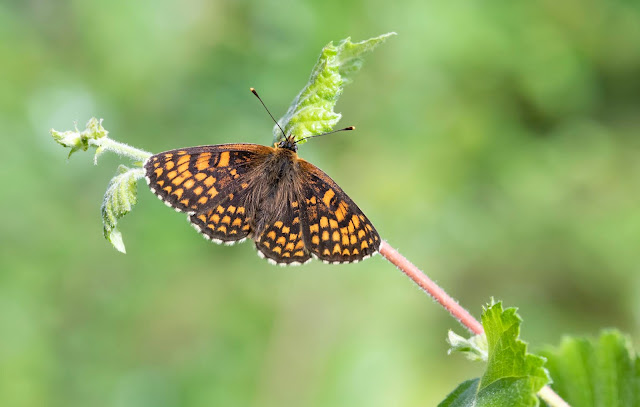 We then headed South to search out the orchids. As expected we were too late for the Monkey Orchids that were just about at the very end of their flowering season. I had seen them a few weeks earlier when I was slightly too early!! A single Musk orchid was seen however at this site.
It was then onto the Late Spider Orchids, very much a Kent speciality. Although I have seen these several times before it has always been too sunny when I have photographed them in the past so it was good to get a few clouds passing over. 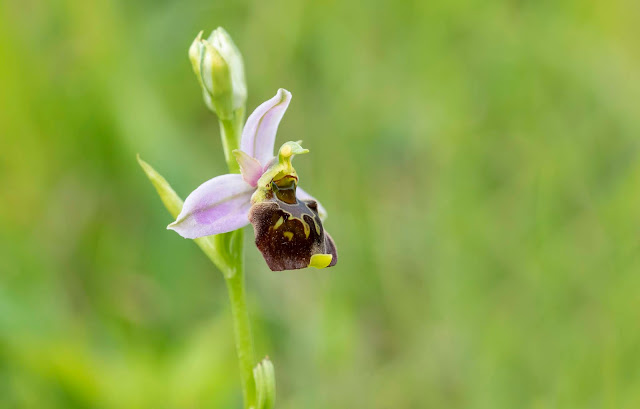 I then took David along to another site for the Man Orchid, a species he hadn't seen in the UK before. A smart Clouded Buff moth unusually allowed its photo to be taken along with a well marked Yellow Shell while we were looking at the Man Orchids. 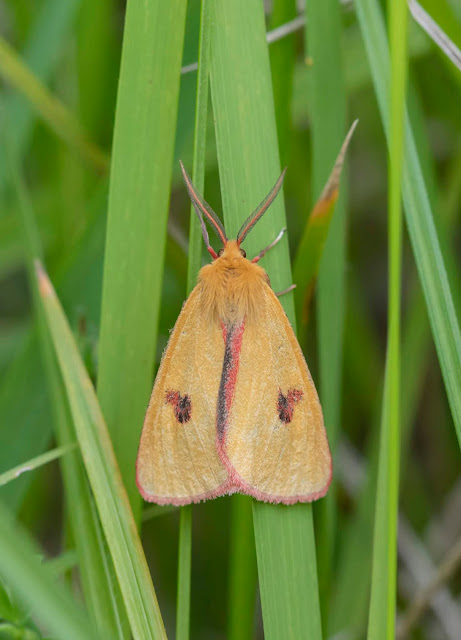 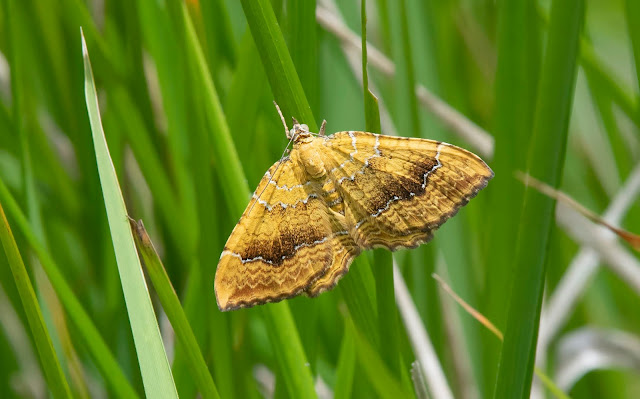 On the way home, with a little time spare, we diverted to check out the Lizard Orchids in East Sussex. After a bit of searching several of these large and rare Orchids were found including a nice group of 3. 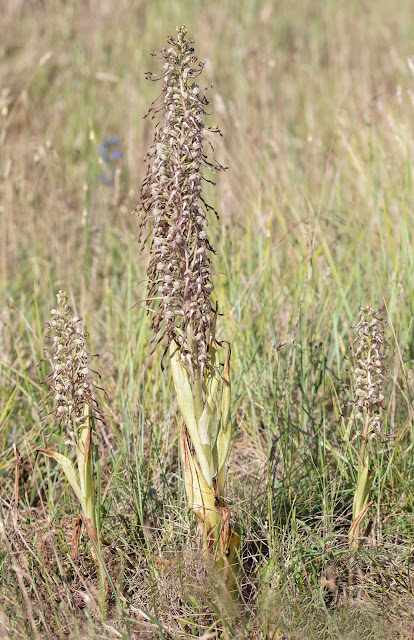 A group of 3 Lizard Orchids. 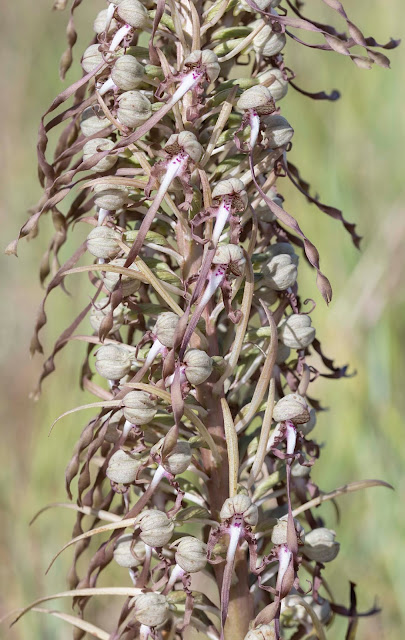 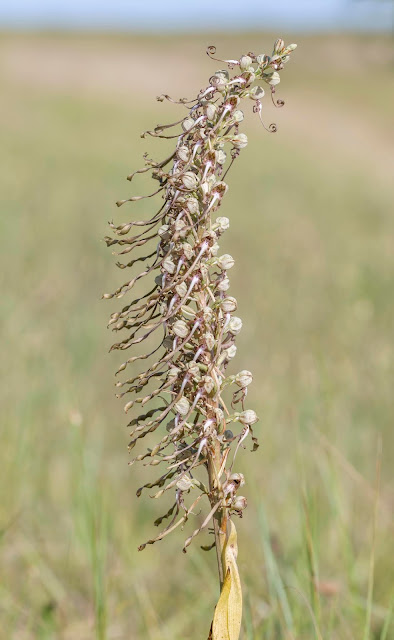 A very long and tiring day but with some fantastic species seen, it was also very rewarding.

Posted by Bob Eade. at 16:15
Email ThisBlogThis!Share to TwitterShare to FacebookShare to Pinterest