After being a little too early for the rare green form of Fly Orchid, Nigel was very keen to get back there once we knew it was in flower, and his enthusiasm rubbed off on me, so once again we headed back to Kent.

It was also a chance to catch up again with a couple more of the orchid specials that Kent has each year, namely the Monkey and Man Orchids.

Although we knew just about where the special Fly Orchid was we were given more precise directions from a very good friend so we were very confident of seeing the plant. We managed to get to the exact spot and saw a flattened area where people were photographing it, however, all we could see were a few tall normal Fly Orchids. After a few minutes and that awful feeling that we had somehow missed the plant I had one final casual look and I saw a much smaller Fly Orchid with these beautiful green flowers. I have no idea how we had missed it. It was after all, in a very dark part of the wood, but it appeared to be almost glowing with the bright green and white markings. A very special moment.
In the very poor light photography was far from easy and a flash would have been useful, but upping the ISO I did manage a few half decent shots. 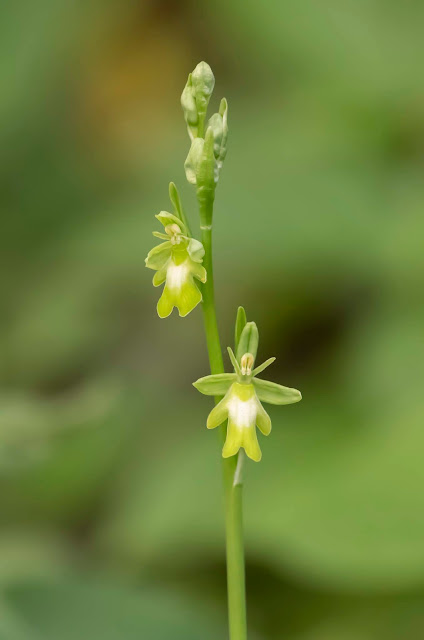 After this we went further into Kent to see the Monkey Orchid. I have been visiting this particular site on and off for around 40 years. We thought that the timing would be spot on, but alas we were slightly too early in the season with no plants quite fully out. After a bit of searching the following plant seemed to be the one that was most advanced, and probably only needed another couple of days to be completely out. It was still good to see though, and despite many visits over the years, I have probably only got the timing right a couple of times in years gone by. 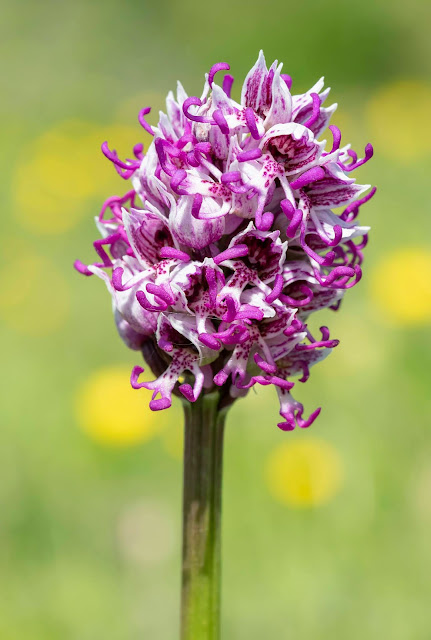 It was then time to head back in the direction of Sussex, passing a wonderful site that is home to Man and Lady Orchids. I thought we were going to be too early for the Man Orchids, but as it turned out we hit that one pretty much spot on. Most were fully out and a few were just short of that, but several made for good photographic subjects. 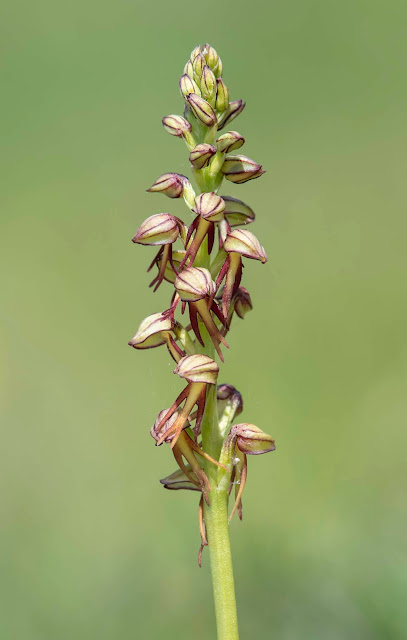 In one part of the meadow there were some much larger plants as well as colour variations. 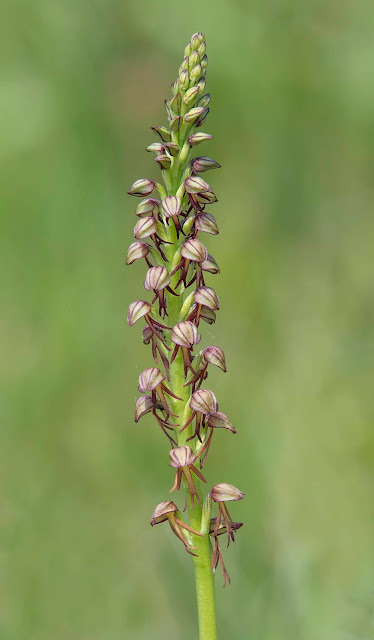 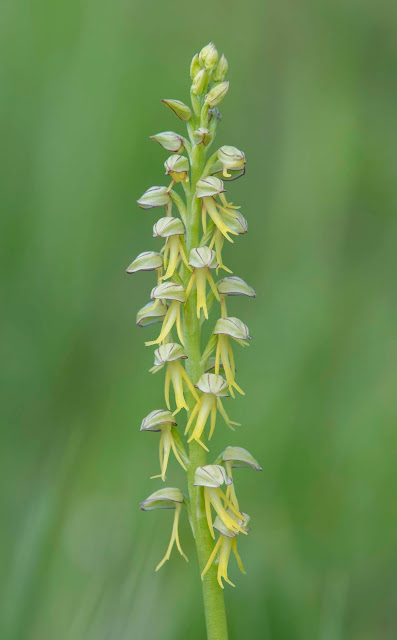 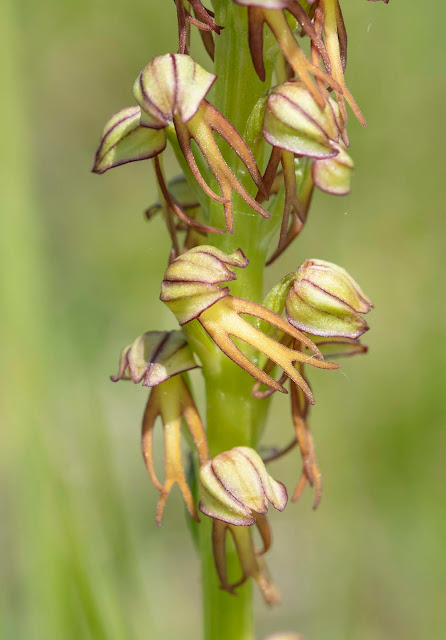 Posted by Bob Eade. at 11:56
Email ThisBlogThis!Share to TwitterShare to FacebookShare to Pinterest