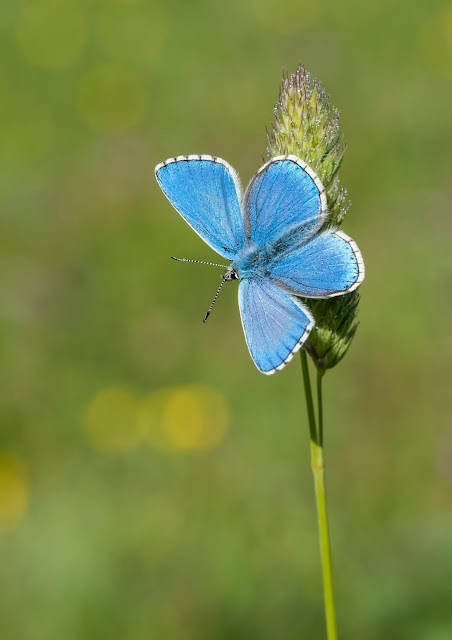 I decided to head up to my favourite Adonis site in the evening hoping to find a few roosting butterflies for the morning. However, it didn't work out so well as I walked all over the main area without managing to find an Adonis of either sex. I was just about on the point of giving up when I spotted my quarry when I saw a roosting female Adonis. Looking at the under-side it did appear to be quite fresh, although I obviously couldn't check the top wings until it opened up if I was lucky the following morning.
After spotting the female I also found a couple of males, one of these also looked quite fresh, but one was without doubt a little tired.

Now I had at least a couple of possible opportunities in the morning, but just before I headed home I came across a very fresh female Common Heath moth that performed well in the fading light. 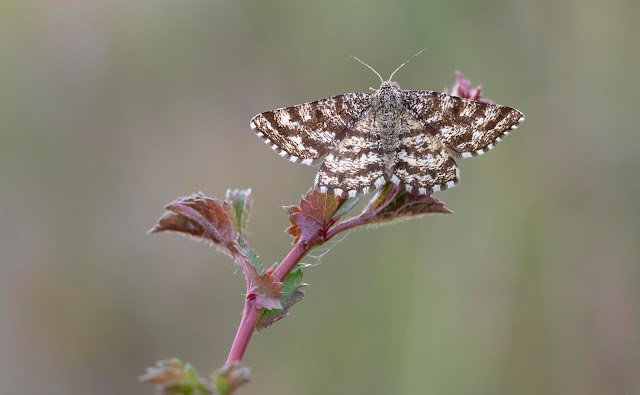 Setting the alarm for the following morning I then headed back to the site where the 2 Adonis were still roosting happily. It was then a long wait hoping that when the sun came up they would open nicely for me. At one point I did a short wander to see if I could spot anything else of interest, when I returned the male Adonis had vanished, a complete mystery as to where he went, as it was still too cool for him to fly any distance.

Eventually the sun became higher and stronger and the female started to open up. At this point butterflies can often take flight almost straight away, and sometimes if its cooler they can hang around long enough for a couple of shots.
Fortunately for me it did hang around, not for long, but just long enough. By now the slight breeze had picked up and the wings a couple of times were blown totally flat.
It was good to see that she was indeed a very fresh individual as well as being well marked.

The female Adonis may not be as bright as the male, but they do have a certain beauty about them which is so much more subtle.

An early start to the day but just about worthwhile getting up for. 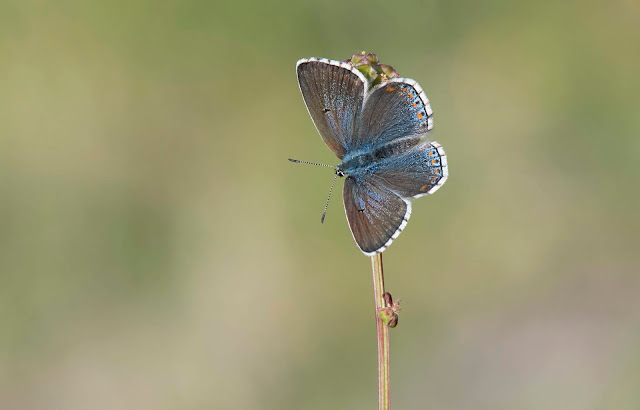 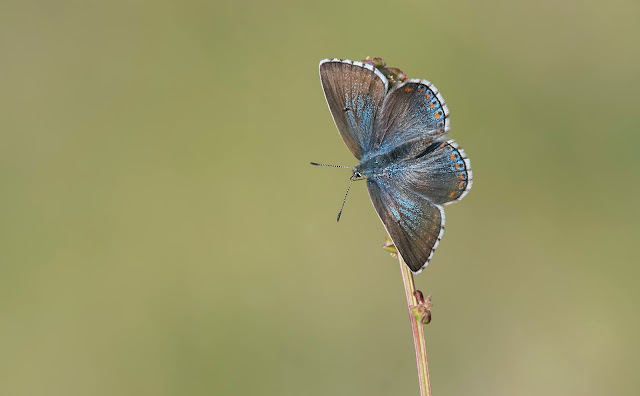 Female Adonis Blue with wings blown flat by the breeze.

A couple of days later I was with Pete when he spotted a mating pair of Adonis Blue on some Salad Burnet. Hopefully making some 2nd brood butterflies for later in the year. 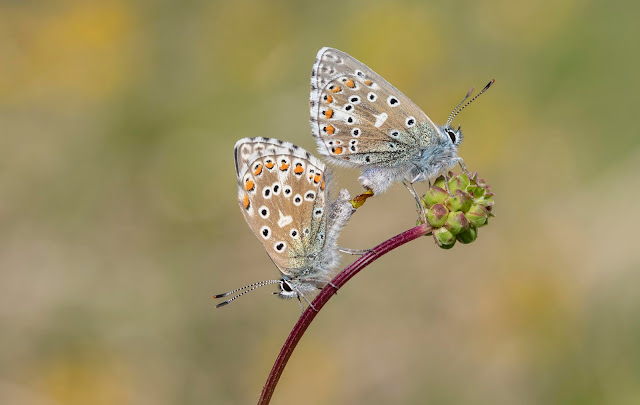