During the Winter I have had several sessions with Crossbill. A bird I have seen on numerous occasions over the years but have never managed to photograph successfully.

My earlier attempts this year were in Kent, but the last couple of efforts were closer to home in Sussex. It was also an opportunity at last to use my portable hide. This really came into its own with being able to be close to the birds without disturbing them in any way, and being able to observe them bathing and drinking from just a few metres away.

As ever at this time of year the weather didn't play ball all the time and there were several times when clouds built up much earlier than predicted, however, several observations were in full sunshine.

On the first attempt a pair arrived at the drinking pool early on and the female was quite content to walk into the pool to bathe. The male however always had foliage in front of him as he drank. 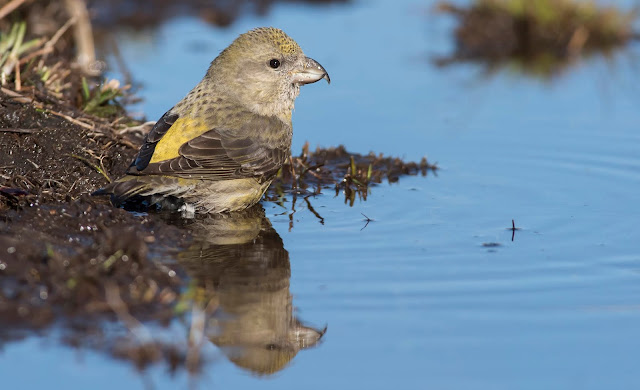 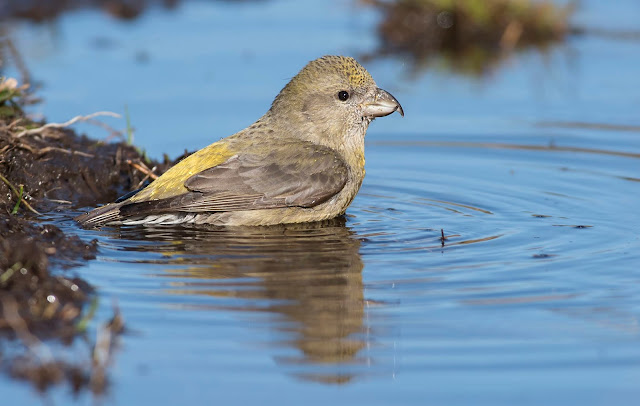 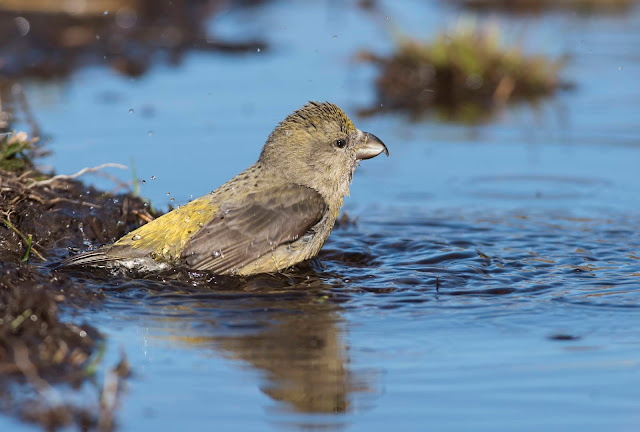 A while later, after the clouds had built up another visit from the pair produced a few more shots including the male drinking, albeit with a little foliage in front of him. 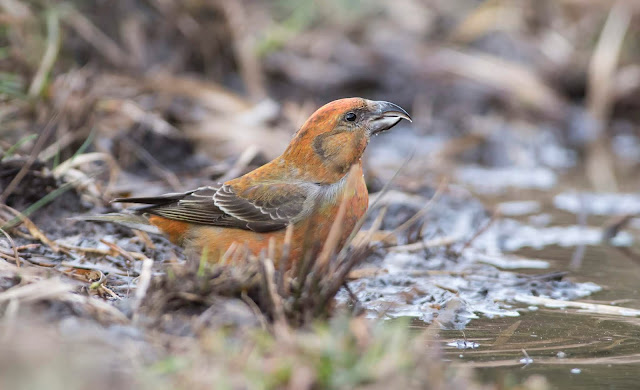 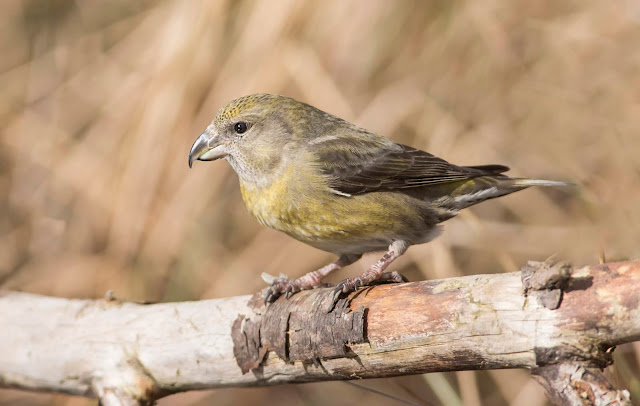 Female Crossbill just before dropping to the poolside. 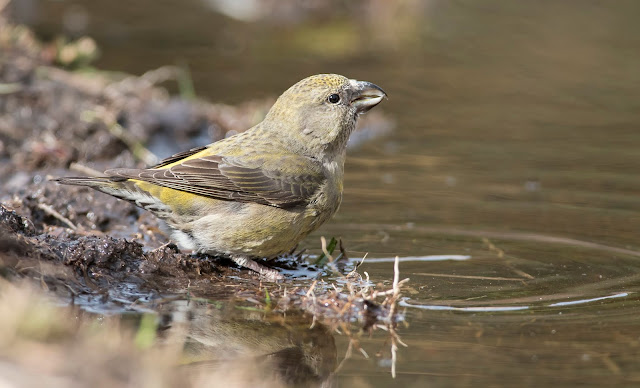 The following attempt was very quiet and it was looking as though the birds may have moved on, when out of the blue a flock of 20-30 birds landed in the surrounding trees. It was then a further wait for the birds to slowly drop down to bathe and drink. It was also very noisy with birds calling all around. A few birds went to the pool giving a short opportunity for some photos before all the birds flew away. 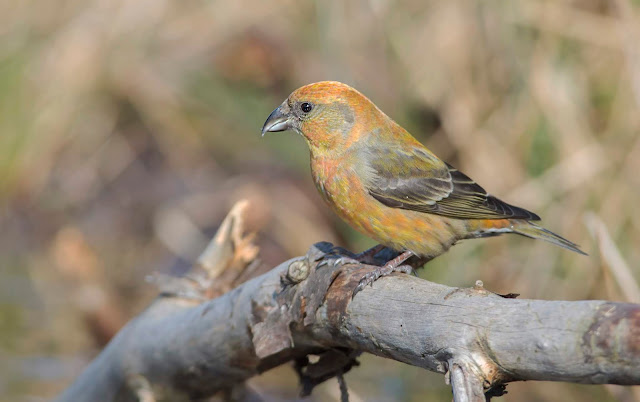 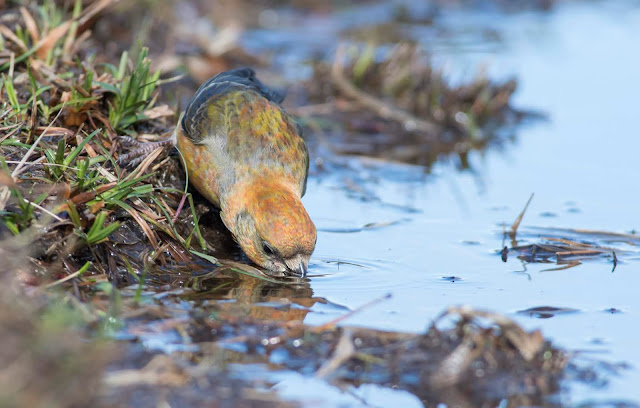 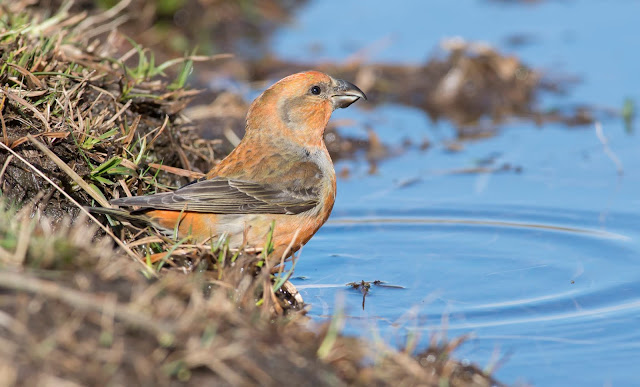 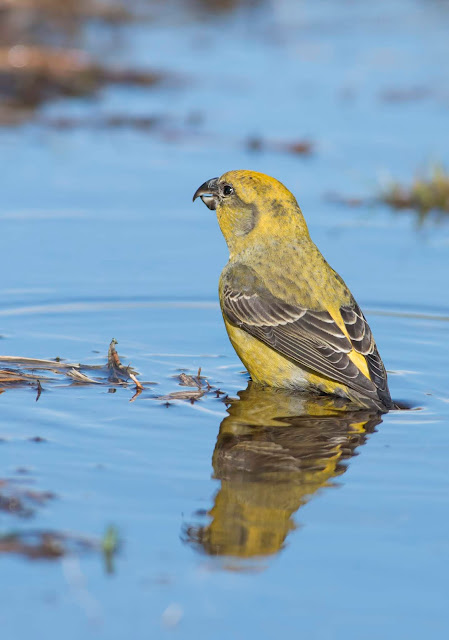 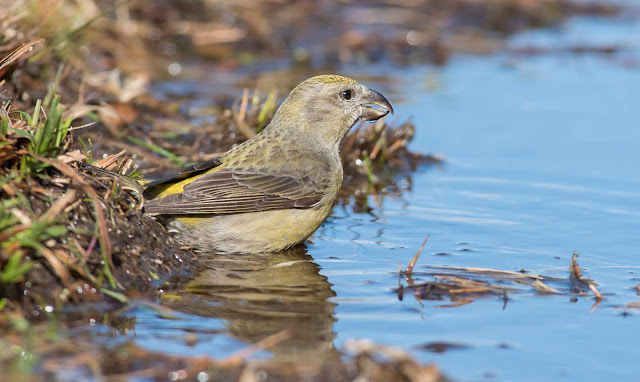 A much quieter day, despite the one flock arriving in the several hours spent brought my Crossbill attempts to an end for this Winter/Spring. The thought is now that most of the birds will have paired up so there will only be very infrequent visits now to the many pools.

Posted by Bob Eade. at 13:14
Email ThisBlogThis!Share to TwitterShare to FacebookShare to Pinterest