Winter time can be very good in the pine plantations for Crossbills as they fly around in noisy flocks before the nesting season gets going. A couple of years ago I missed a good opportunity in Ashdown Forest where they were being seen regularly and this Winter I was determined to try again.
There then came news of some good sightings in a forest in Kent with birds regularly coming down to drink in puddles. On a sunny day a few weeks ago David and I headed over there with instructions of where to go. As it was we would soon have found the spot as there were several others with the same idea. Perhaps too many as the Crossbills didn't really perform as well as we had hoped.
I did actually improve on my best Crossbill shot, but it wasn't too difficult to do that as my previous best was a shot I took many years ago in Wales with a little compact camera held over the eyepiece of a spotting scope!! 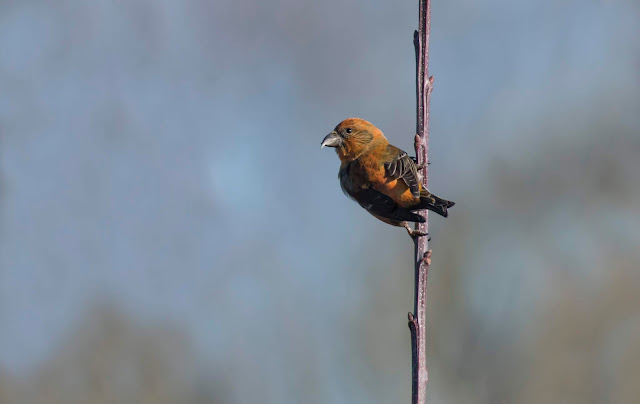 Our next attempt would then probably have been at Ashdown Forest, that was until I spotted some superb images from Kent by my birding friends, and proper bird photographers Steve Ashton and Tim Gutsell, with the birds coming down to a tree that had some accumulated water in the top of the trunk.
Even then it was a very late decision to go and try again, following a message from David when I had returned from collecting Matt from his India trip. I wasn't really feeling up to another day of standing in the freezing cold and seeing very little.
Of course, we also had to find the tree that the birds were coming down to. Bearing in mind that there were several thousand trees in the forest, although reading between the lines it was thought the tree was near where we had been the previous time. However, confidence of success was quite low to say the least.
Walking to the original spot we checked out likely trees and thought we had narrowed it down to a handful. After around an hour David spotted 6 Crossbill in a tree back along the woodland ride so we quickly made our way to the tree where they were still sitting. Gradually they descended down the tree and then took it in turns to drink from the crevice where the water had obviously collected.
Unfortunately, the spot they were drinking from was in the shade and it wasn't easy getting any shots of any significance. After a drink the birds flew away and it was back to a bit of a waiting game. 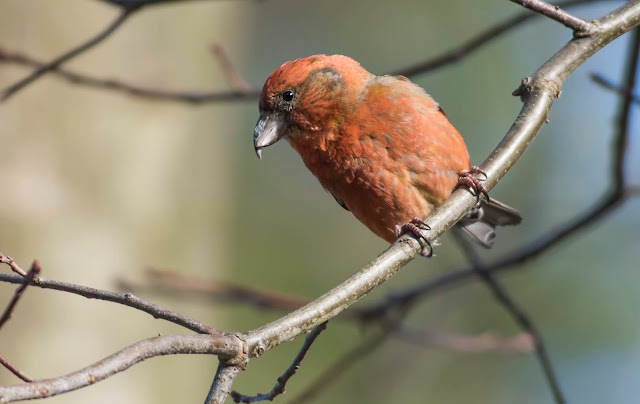 My one shot from this encounter. Another male Crossbill.

By now we had been joined by a few more birders, although some came and went so it was never too busy. We were now back at the original spot, when suddenly a large flock flew over our heads and headed for the same tree. Once again we headed to the tree where between 20 and 30 birds were gathered. Once again they gradually descended to the drinking spot. By now though the sun had moved around a little which helped, as well as the birds having to wait their turn which made the photographic possibilities much greater and easier. Both male and female birds showed really well and made the trip very unexpectedly successful. 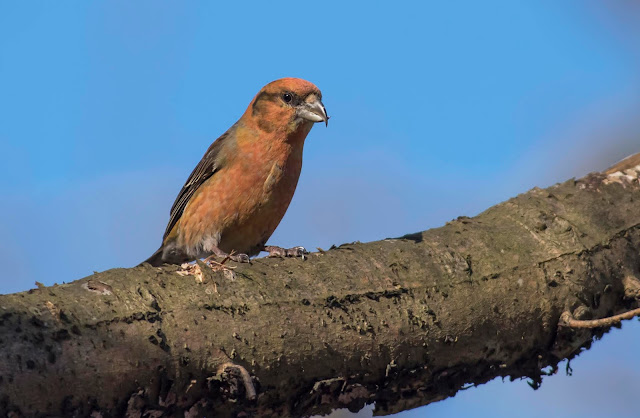 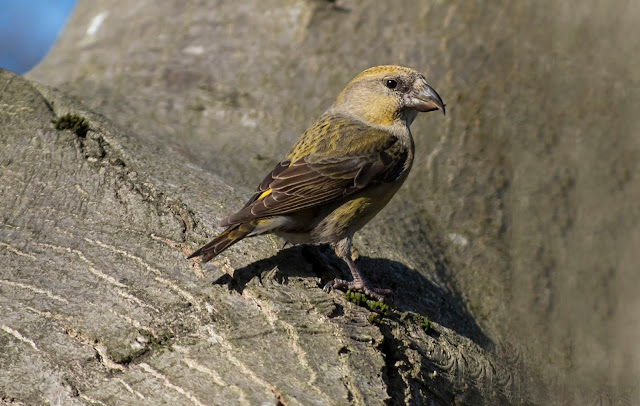 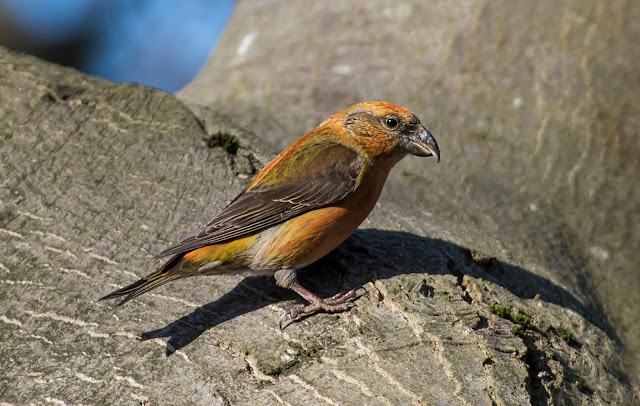 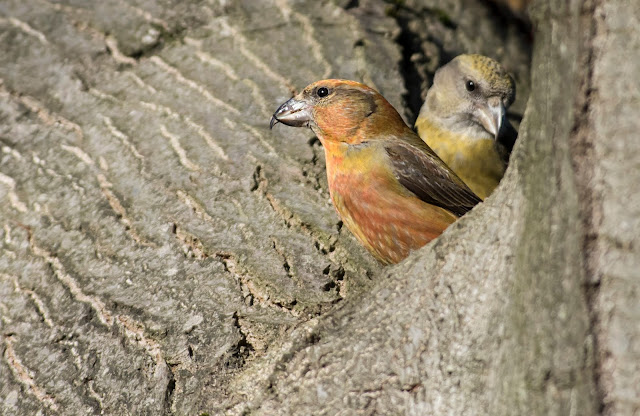 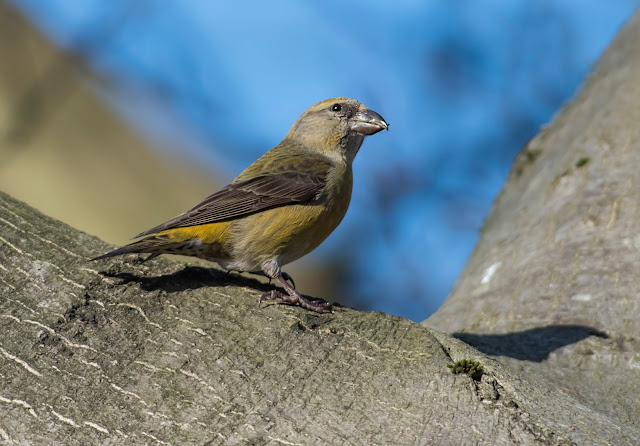 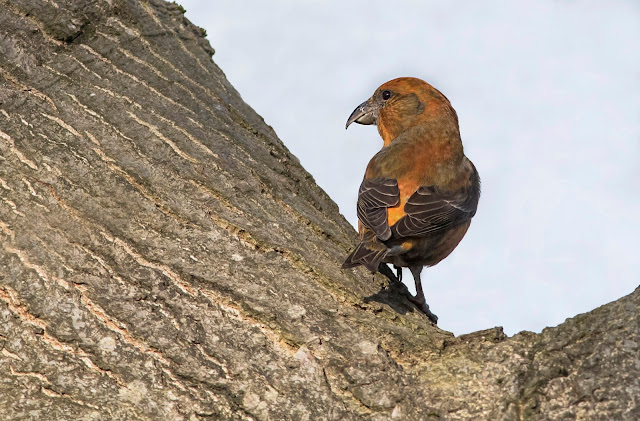 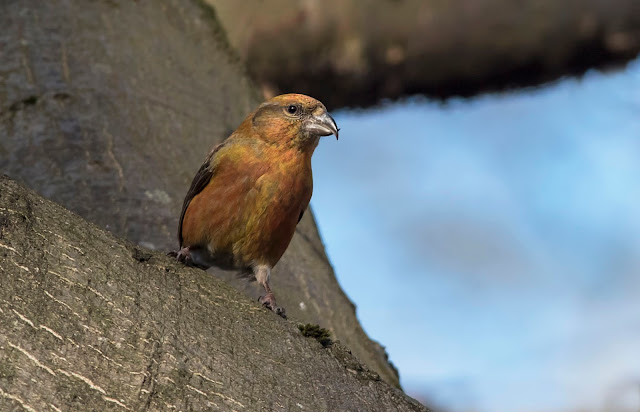 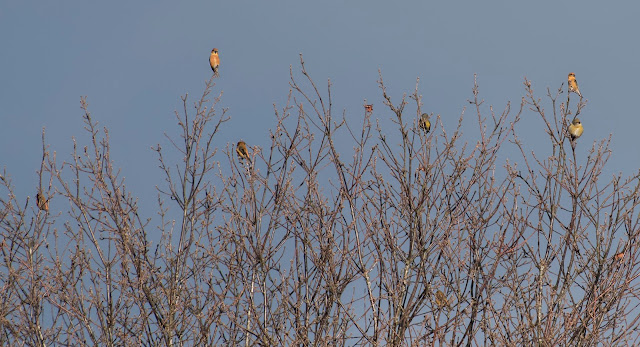 A small flock of distant Crossbill.

Posted by Bob Eade. at 17:22
Email ThisBlogThis!Share to TwitterShare to FacebookShare to Pinterest