Due to several commitments with both myself and Phil I haven't managed to get out to his site this year, so when he rang on Tuesday inviting me over I had no hesitation in accepting the invite.

It turned out to be one of the best sessions we have had together with many visits from the female Kingfisher, and with the Hazel Catkins being out too there was a very good chance of some lovely Spring photos.

The pond the bird visits is free of fish as far as we are aware, so the bird has become a bit of an expert at catching Dragonfly larva instead and during our visit we saw her catch 8 of these, mainly Common Darter I believe, although one Emperor was also caught as well as one Damselfly larva. 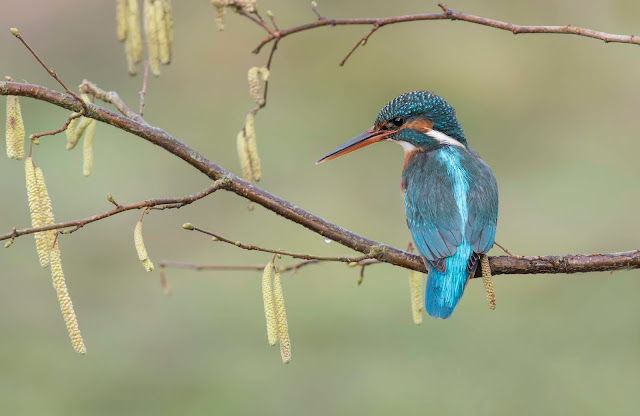 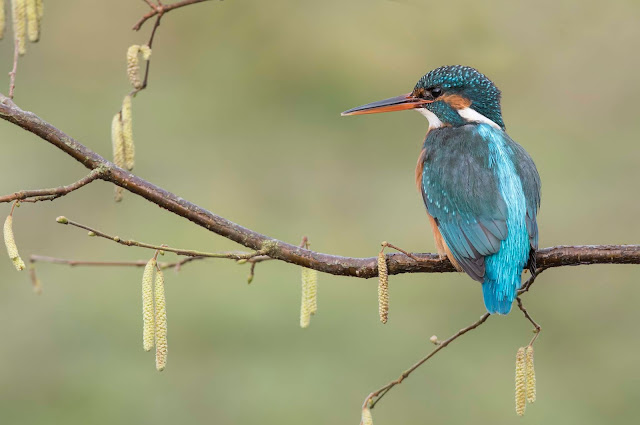 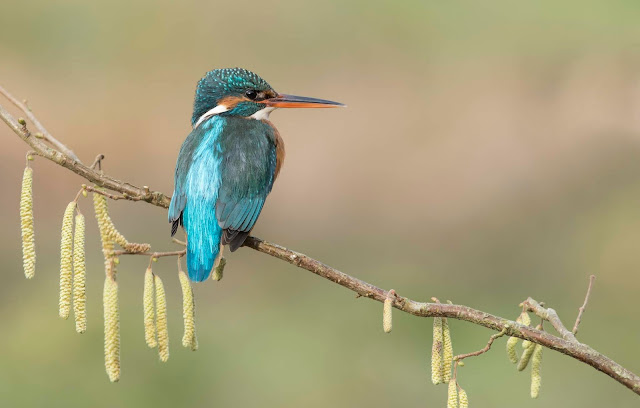 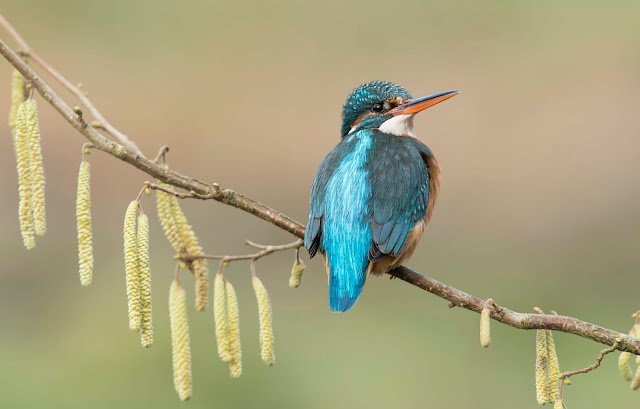 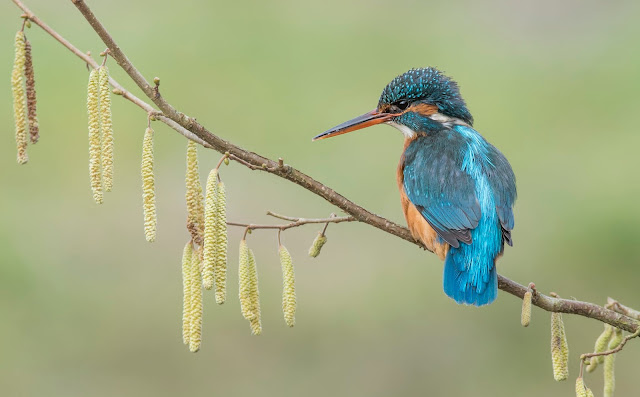 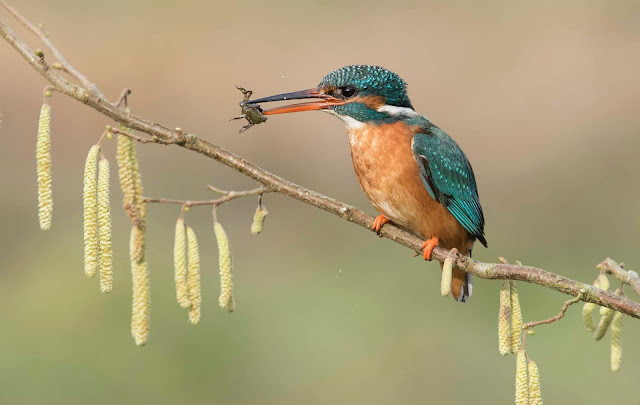 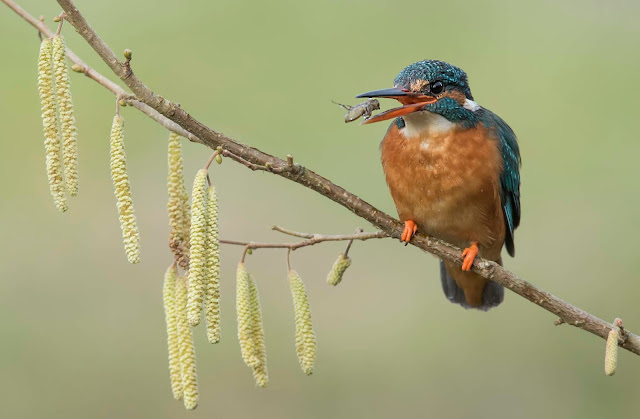 In the intervals when the Kingfisher vanished we still had plenty of action with the smaller common birds with a very nice selection. 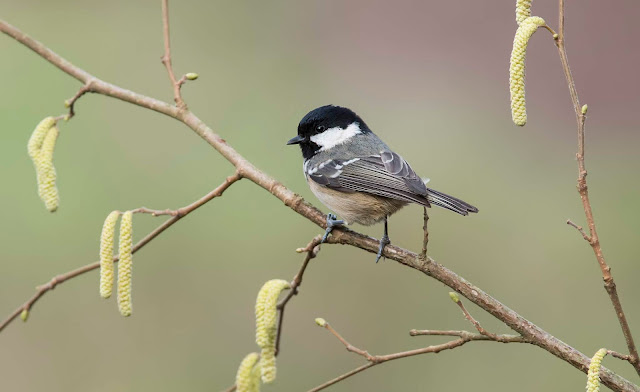 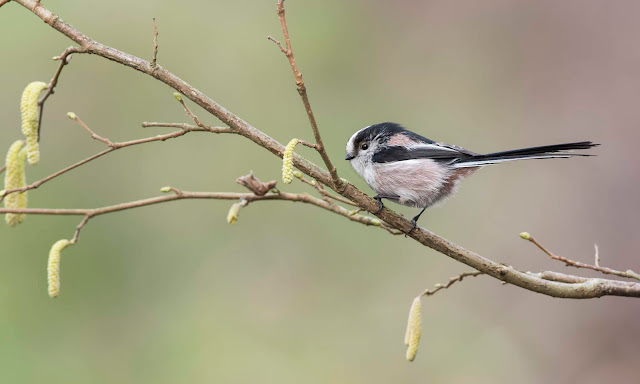 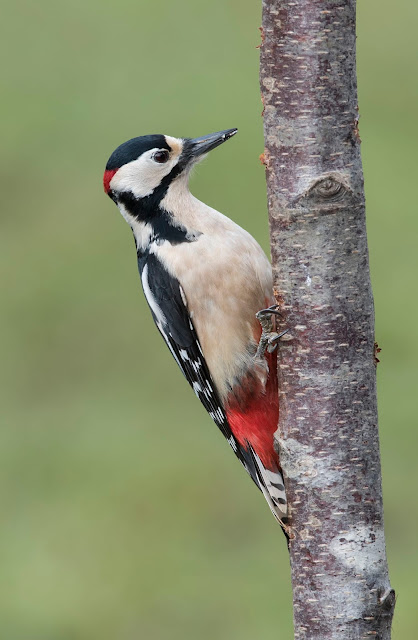 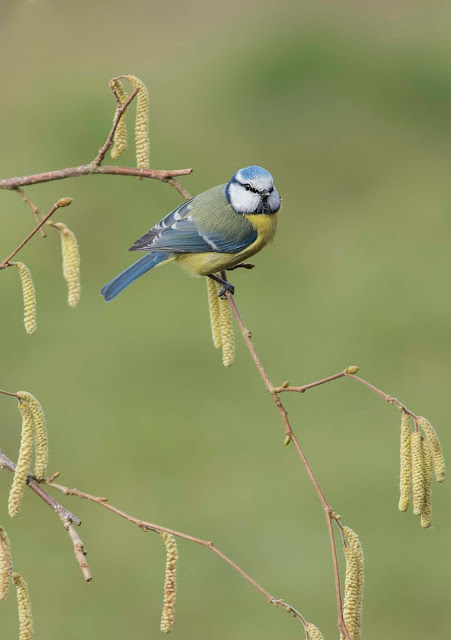 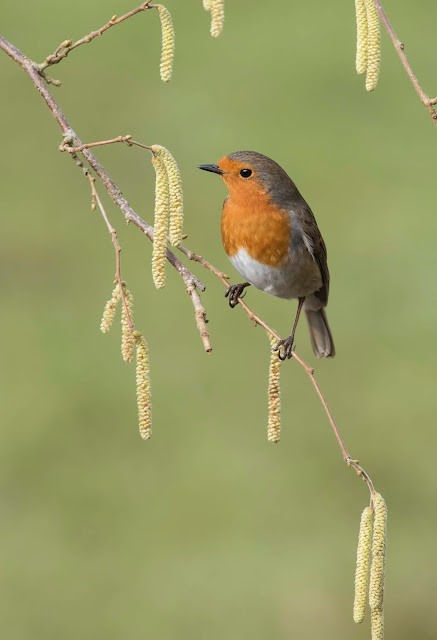 We also had a stunning male Fox appear. I was very lucky to catch him without the Hazel tree in front of him. I took a quick shot as he walked through a gap. The noise of the shutter going off made him stop and look in our direction where I managed another 3 shots, one of them looking straight down the lens. 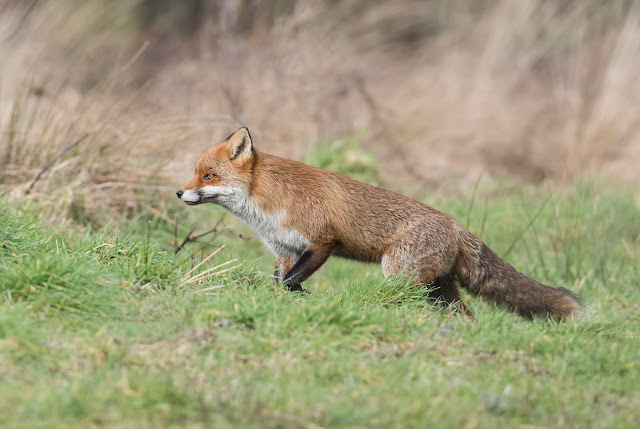 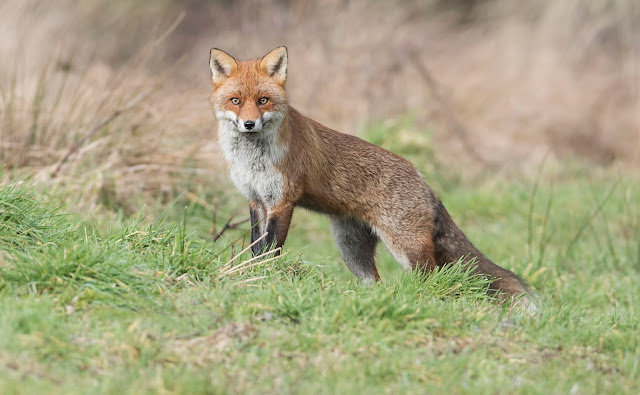 As ever, my thanks to Phil for his invite and help in getting a set of photos that I'm rather pleased with!! His expertise and patience makes this possible.

Posted by Bob Eade. at 11:45
Email ThisBlogThis!Share to TwitterShare to FacebookShare to Pinterest