For a few weeks I have so nearly been tempted to head down to Weymouth as the 2 RSPB reserves there have had a couple of rare birds over-wintering there and both have been showing extremely well.

It was after seeing the blog post and photos from a birding friend of mine and Matt's from Oxfordshire, Ewan Urquhart of the excellent blog that I follow, Black Audi Birding, that David and I decided we had to take the plunge as Ewan had also come across a Penduline Tit as well as the Ring-billed Duck and the Lesser Yellowlegs. The Penduline would actually be a brand new bird for me.

David arrived promptly and we left my place before 5am to make sure we missed the worst of the traffic, and after a drive of 2hrs 40 minutes we arrived at our first destination of Radipole Lake.
It was at this destination that Ewan had also found some Bearded Tits performing well, so we followed the general direction that Ewan had mentioned and low and behold we found a pair of Bearded Tits in next to no time. They appeared to be happy feeding on the Reedmace rather than the usual reeds we normally see them on. It wasn't easy getting clean shots of the birds with all the other reeds swaying about in the gentle breeze, but we both got a few pleasing shots. 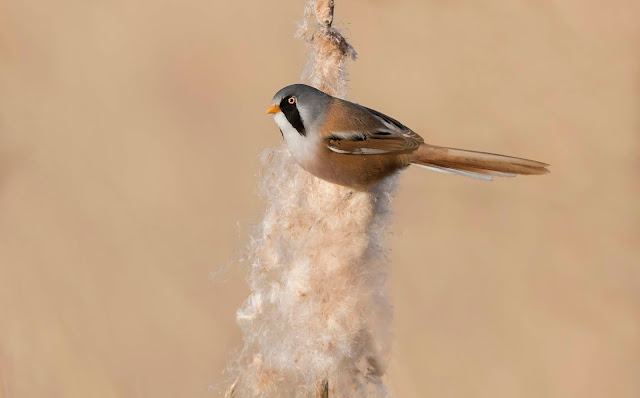 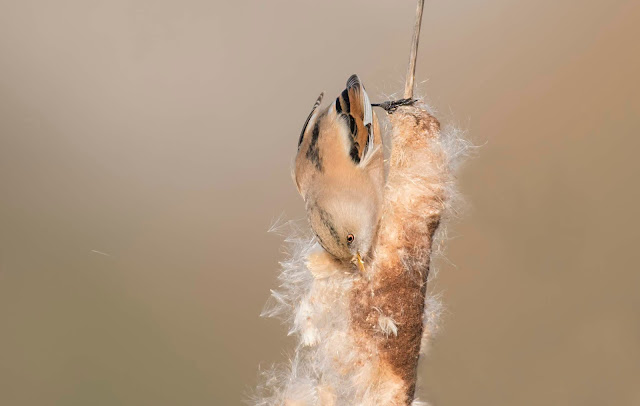 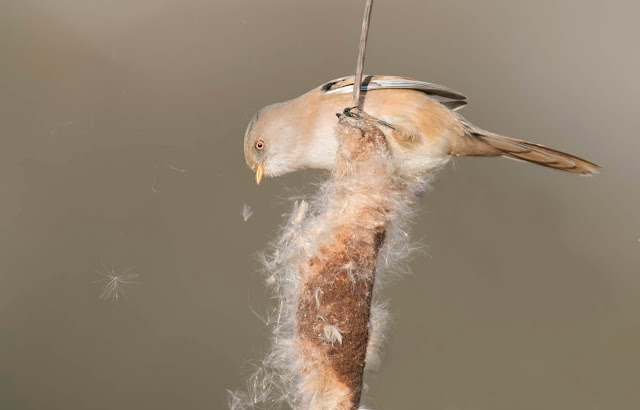 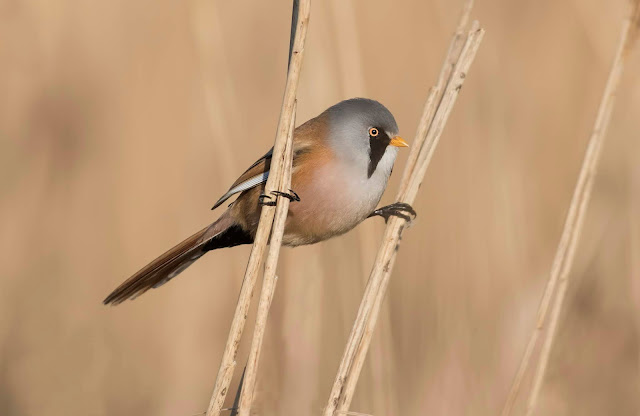 A classic pose of a male Bearded Tit. 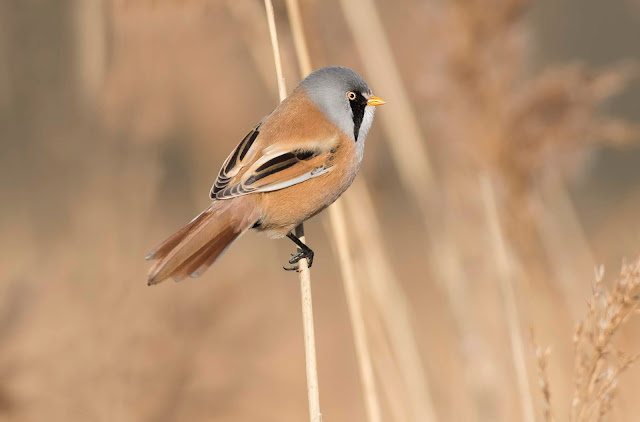 Following our success with these little beauties it was off to find the Ring-necked Duck, a duck that would normally be in America. As it turned out it was easy to find as another birder caught our attention from the other side of the water, so it was just a short walk once we had got back to the car-park to stroll down the other side of the water.
To start with the bird had gone into hiding, but after 5 minutes the bird re-appeared and was quite content as it swam up and down the channel. Much easier to photograph than the bird at Dungeness last Winter!! 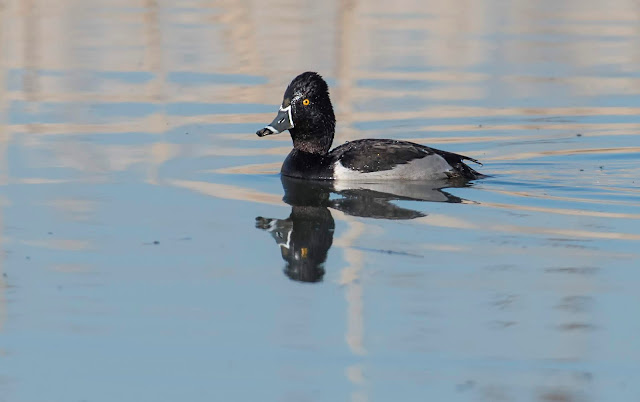 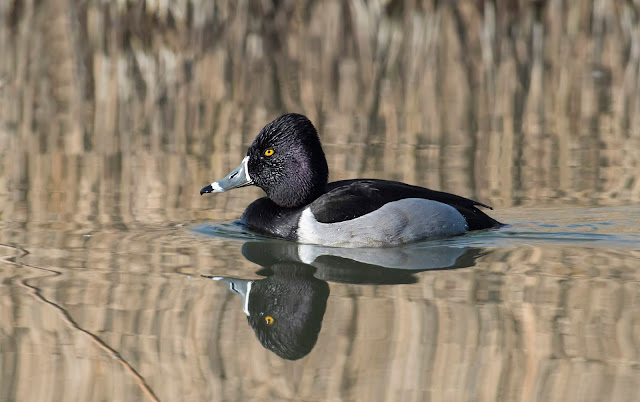 Subtle colours in the head plumage. 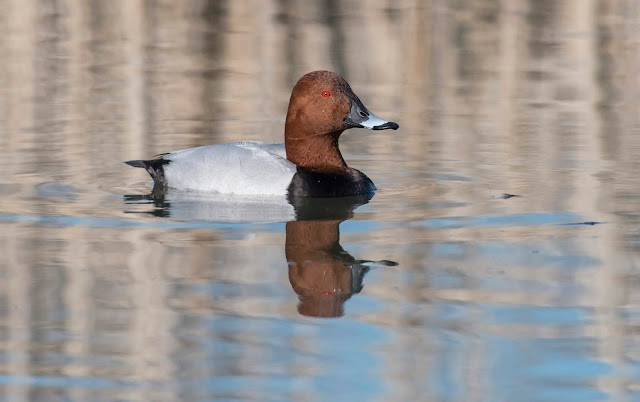 Common Pochard were also in attendance.

It was still the morning when we eventually left Radipole for Lodmoor, which is just a 10 minute drive away.

Bad news as soon as we arrived here as the Lesser Yellowlegs had vanished after being seen earlier in the day, and the Penduline had not appeared at all today despite several people looking for it over several hours.

A very smart male Ruff was on show though, and this was a bird that the Lesser Yellowlegs often seems to feed with, but not today!! 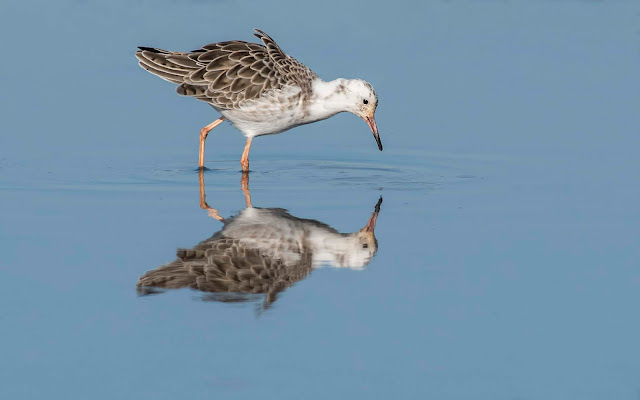 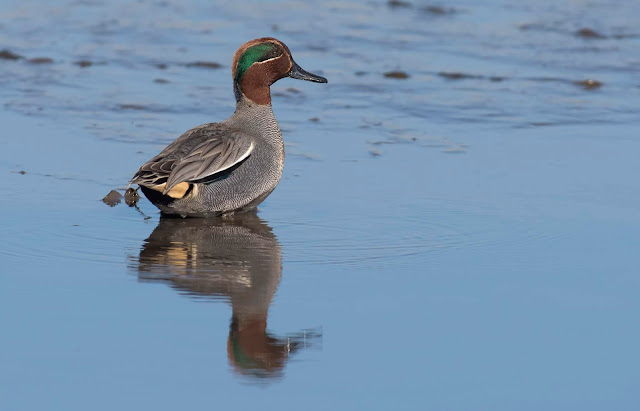 After quite some time, and still no positive news on the Penduline Tit I suggested to David that perhaps we should head over to the area that the Penduline had been seen in before today, just for something to do. By now we were both beginning to wilt, but with nothing to lose we walked to the opposite side of the reserve. The path that runs in a straight line at this point was empty apart from a group of 3 people a few hundred metres ahead that were looking through binoculars, and appeared to be watching a bird. We quickly sped up and as we arrived at where the birders were they pointed the Penduline out to us. After several hours of searching the bird had appeared just a couple of minutes earlier. I got a quick record shot just as the bird flew. Fortunately, just a few minutes later it re-appeared at the top of a small bush which gave us great views. We then watched it almost continuously for the next 30 minutes. 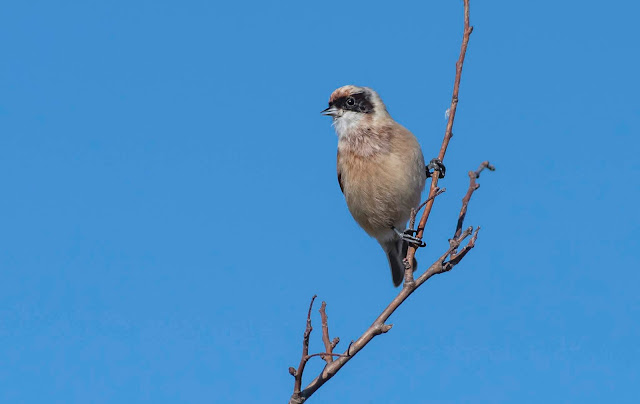 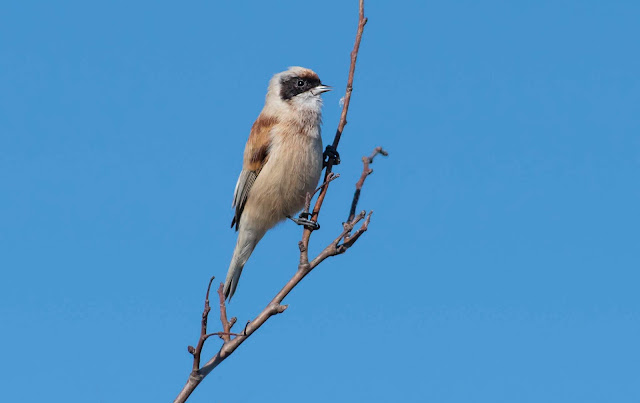 We were now feeling very lucky, so we headed back to the area where we thought the Lesser Yellowlegs was bound to be showing. However, all we found were a few people looking pretty dejected as the bird was still not around. With this very un-seasonal weather it was always likely that the bird would have moved on, although with it being seen earlier in the day we were still hopeful it was around. With the sun starting to get low in the sky I suggested to David that we slowly make tracks back to the car and we started to take down the tripods. It was at this point I saw a different wader in the next pool along. A quick look through the binoculars confirmed it was, at last, the Lesser Yellowlegs. Better still, it was walking towards the pool where we were. With the car-parking ticket running out, and the sun getting lower than we wanted the bird performed extremely well for us and a few other patient birders. Just in the nick of time!! Our 2nd American bird of the day. 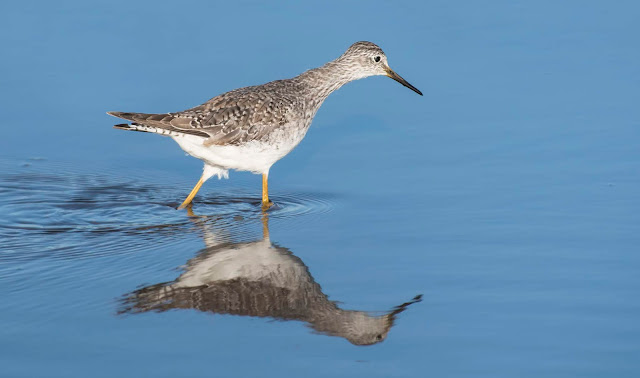 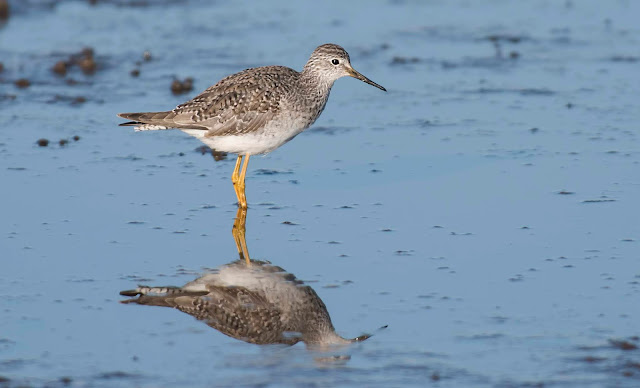 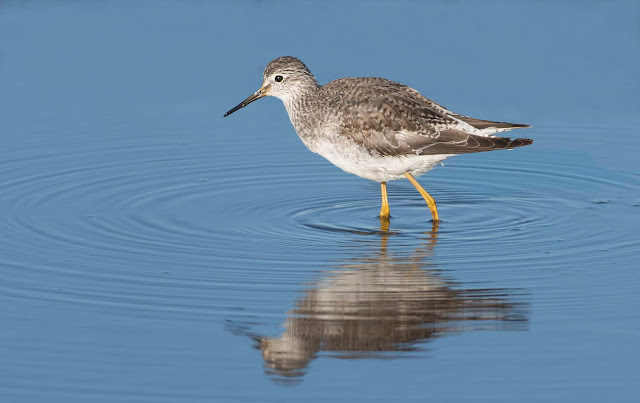 Mission accomplished with all targets hit.

With the return journey taking just a little over 3 hours it had been a very long day, but very rewarding. My thanks to Ewan for inspiring us to try for them.