Over the last Winter I did quite a bit of clearance work to knock back scrub that was taking over some of the delicate and sensitive areas of the local patch. It was good this Spring to see a bit more light and areas for insects to move around. On the 20th May I was watching a butterfly that landed in some of the cleared area. I then spotted some Emperor larva on some of the regrowth there, I then looked around the immediate area and saw the egg batch that the larvae had obviously come from. 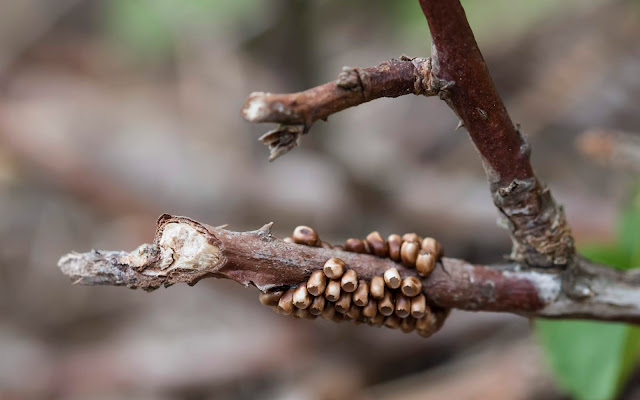 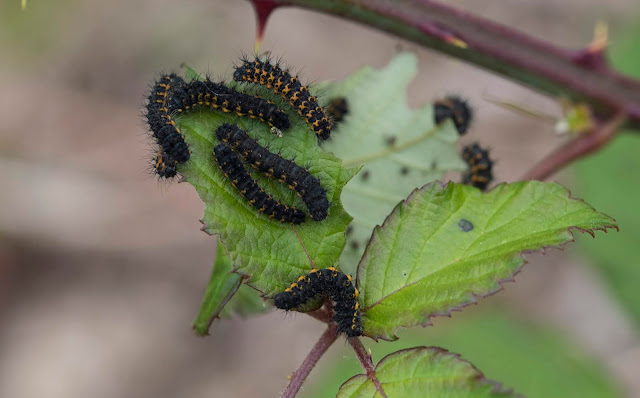 Emperor Larva on the leaves above the egg cluster. 20th May.

Over the following days I watched them grow and change colour. 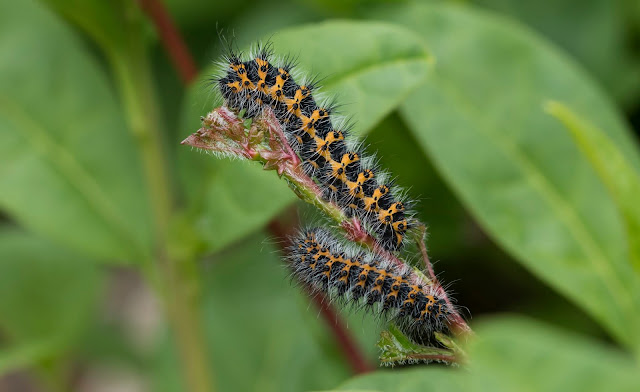 On the 28th May I saw 2 larva sitting together, one each side of a twig and I thought that would make a good picture. As I approached them I noticed the top one twitching, it then became obvious that it was just starting a moult. I watched it as it managed to wriggle out of its outer skin so it could grow further. The whole moult took just 3 minutes. The moulted individual then sat opposite the other larva again so I could photograph them both together. 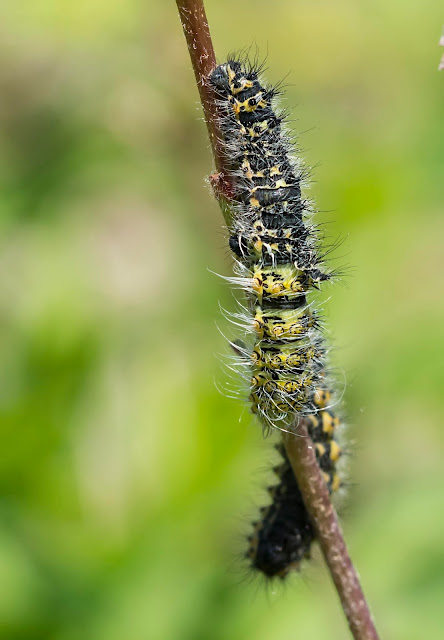 Part way through the moult. 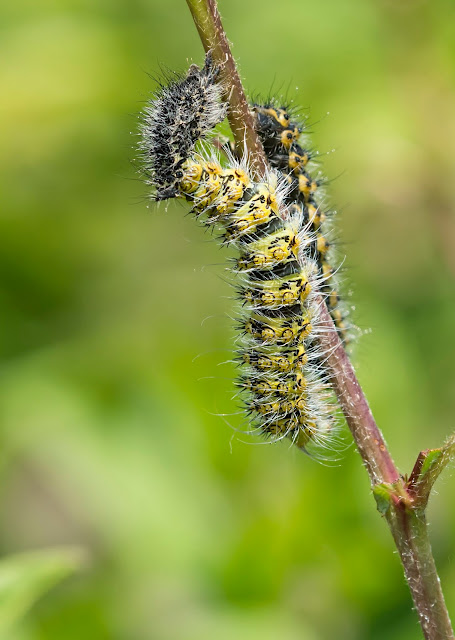 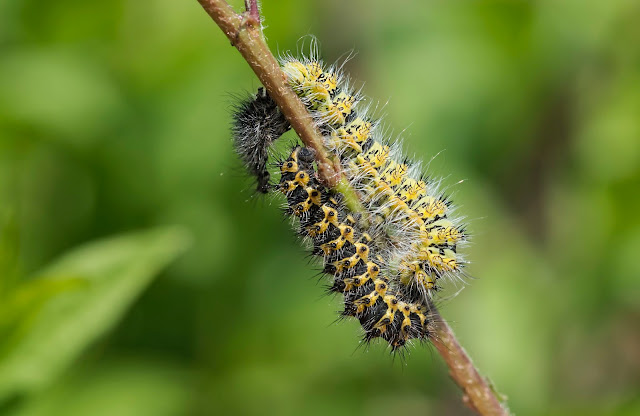 Moulted individual on the top with discarded skin behind. 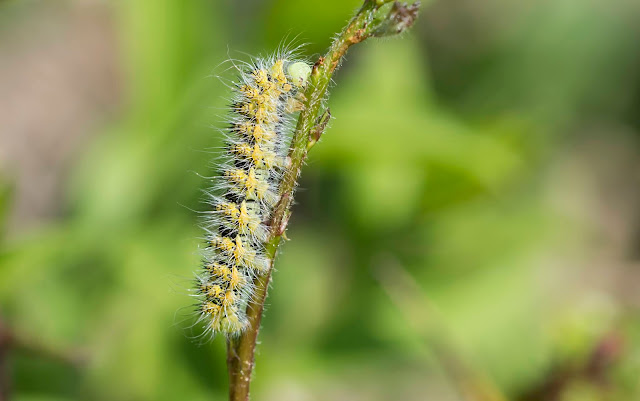 After seeing several larvae still on the 28th May, I returned on June 1st but could only find a single larva. I assume all the others had dispersed to carry on growing in safety. By now the single one had taken on the pattern and a hint of the colour that Emperor larva are known for. Will I see another one in the area soon? 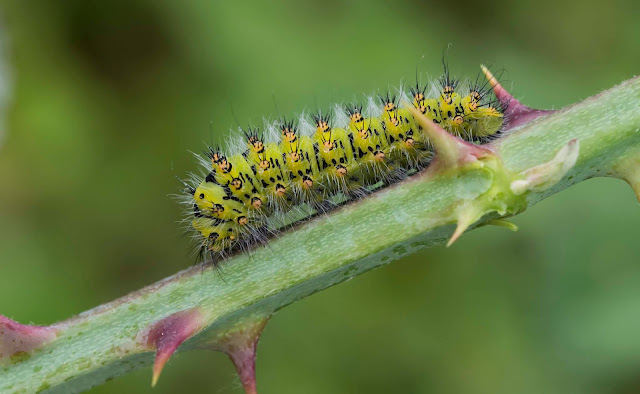 Posted by Bob Eade. at 14:46
Email ThisBlogThis!Share to TwitterShare to FacebookShare to Pinterest