Waking Up To Two Females!!


Well, that title should get me some extra views!!

Yesterday morning, with light winds forecast I decided it could be a perfect morning to hunt out roosting Dark Green Fritillaries on the local downland. I know a couple of sites where the fritillary can roost in numbers, although as they roost deep down in large grass tussocks, they can be extremely difficult to find.

One had to be found before the sun had got high enough to hit the area as the butterflies become active almost as soon as the sun gets to them.
Just in the nick of time I was moving some grass when a stunning female flashed her wings open at me. She was in perfect condition too and I would guess had emerged late the day before or even overnight. Several shots were taken in the heavy shade as she climbed out of the grasses getting ready for the sun to hit her. 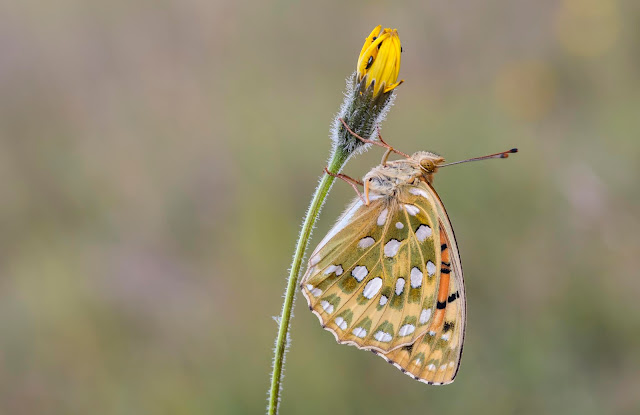 She then moved to another small perch just a few moments before the sun crept over the hill. 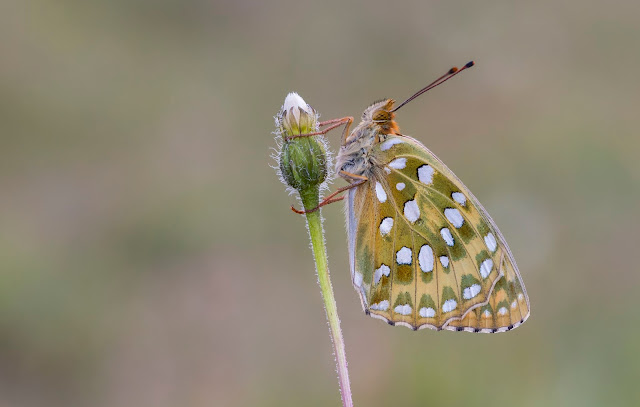 Then as the sun reached the area she very gradually started to open her wings, at first the fore-wings were back over the hind-wings, but gradually she opened further until suddenly she took flight and flew away. All before 6.20am. 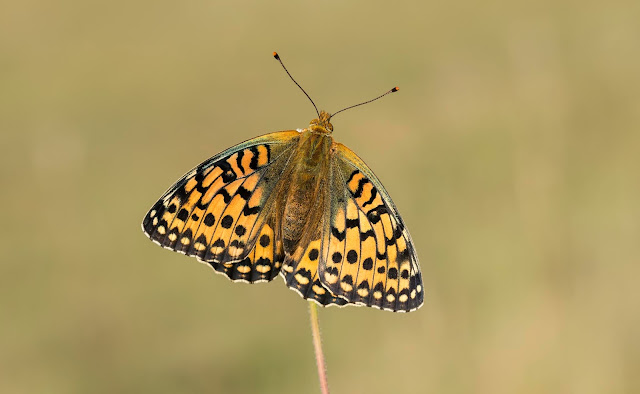 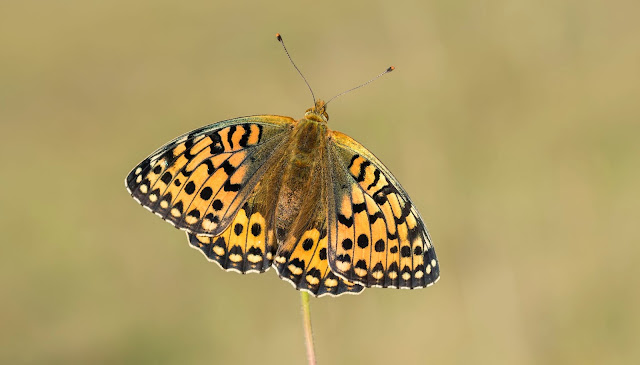 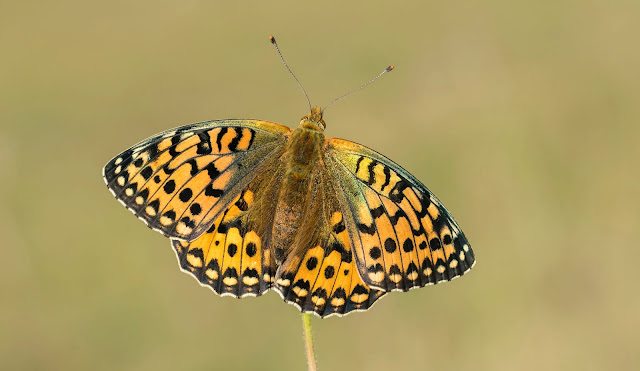 With the sun now hitting the area several males were then observed crawling out of the long grasses to warm up. All of them were already though too active to get close too.

My other female though was a Marbled White that was found while looking for the Fritillaries. Perched on the top of grass while she roosted she made a nice, almost monochrome picture in the early morning light. Especially noticeable this year as the grass is now far from green in this really dry spell we are having. 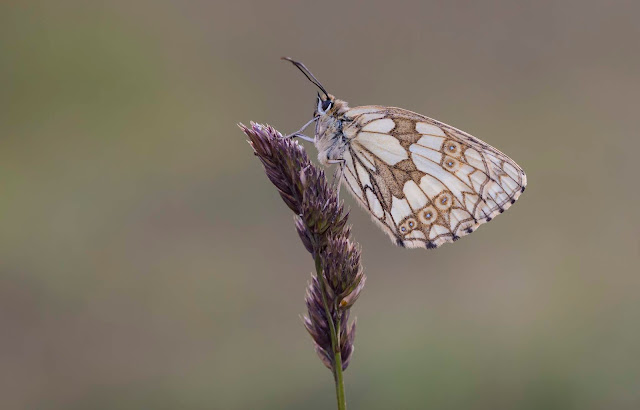 Posted by Bob Eade. at 12:32
Email ThisBlogThis!Share to TwitterShare to FacebookShare to Pinterest