The Hills Are Alive.

It's that time of the Summer when life seems to be everywhere, with several more species due soon too it is a great time to be out and about.
My time has still been a little limited but I have had a few good sessions.

I was admiring the very handsome Small Eggar larva during the week when a movement along the path caught my eye and I was suddenly looking at a very small Fox cub. I haven't managed to see these close up for some time, unfortunately I only had the macro lens with me and although I did creep a few more paces towards the cub the photo still is a large crop. Wonderful to see though at such close quarters. 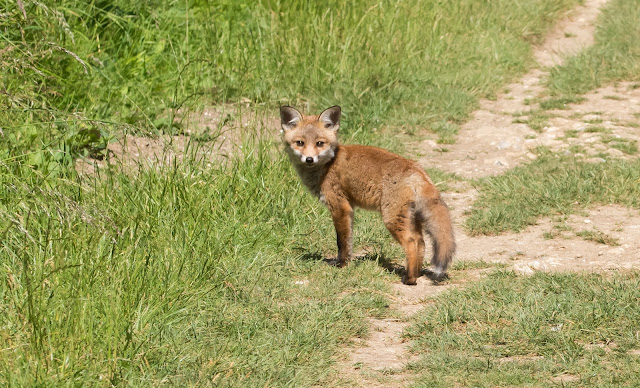 I then went back to looking at the Small Eggar larva that had by now reached their final instar before pupation. Amazingly, this species can pupate for up to 3 years before becoming a moth, and the moth  isn't able to feed!! They certainly are a handsome larva at this stage. 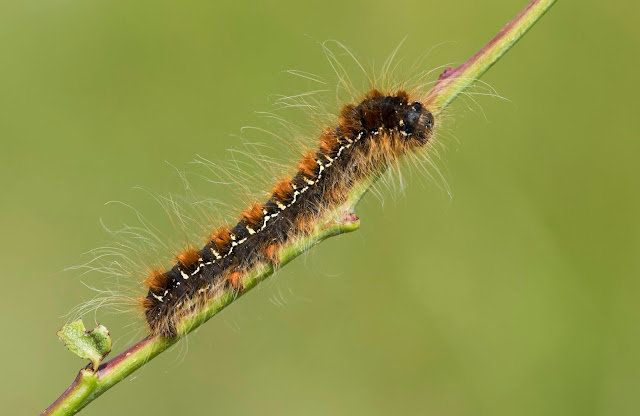 Some of our most common butterflies are now flying with Meadow Brown being seen all the time. This is of course the most common of British butterflies, but one of the most difficult to get photographs of as they are always active and are very sensitive to movement. 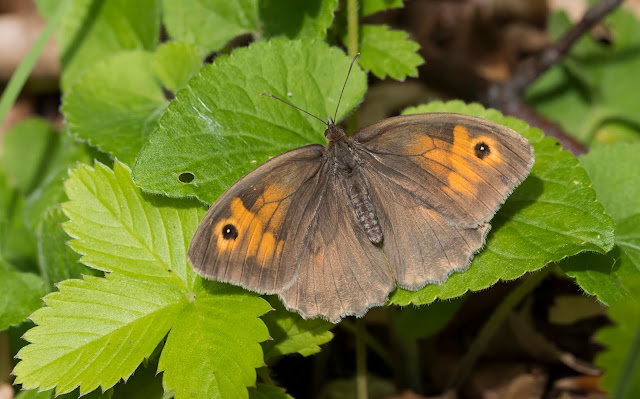 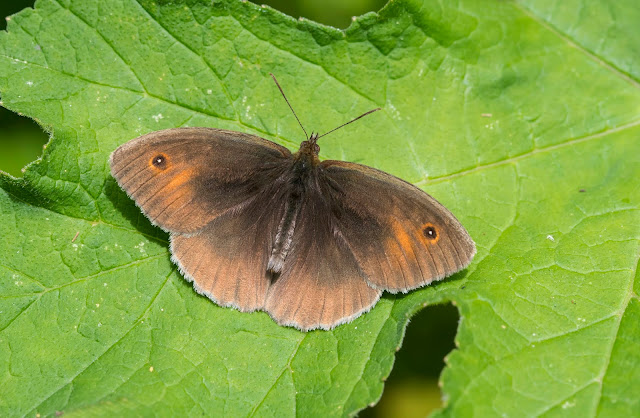 Small Skippers are also increasing in numbers on the local downland. The very similar Essex Skipper will soon be flying alongside giving the usual indentification headache. 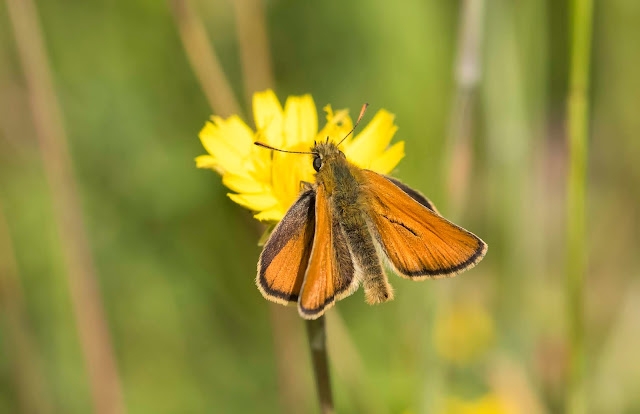 I was very pleased during the week to see a female White-letter Hairstreak just around the corner from home. The local Elms have suffered enormously in the past few years and this species of butterfly has also suffered as the Elm is its only food plant. I was checking out a large Bramble bush where I had seen the butterfly in years gone by when the distinctive hairstreak flight was spotted and the butterfly landed just above my head. A very poor photograph was taken, but it was a great moment spotting my favourite species again near to home. 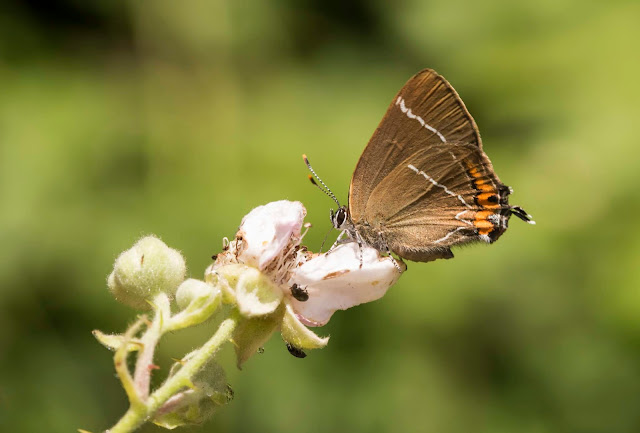 I also managed to fit in another very early morning session with the beautiful Marbled White. Some of the pictures were a little disappointing with the shots into the light flaring more than I was expecting. Later in the day I noticed the lens was particularly dirty so that explains why!! I will take more care in the future, well maybe anyway!! 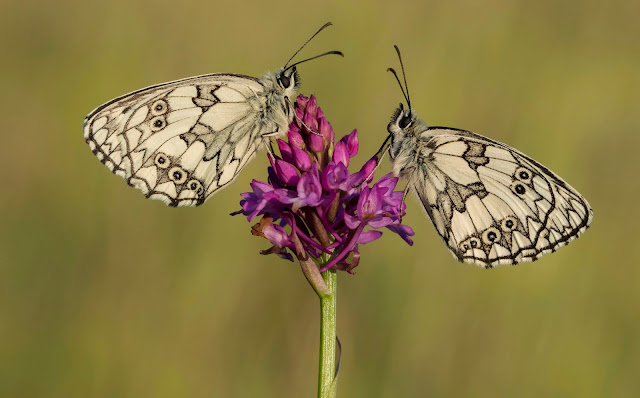 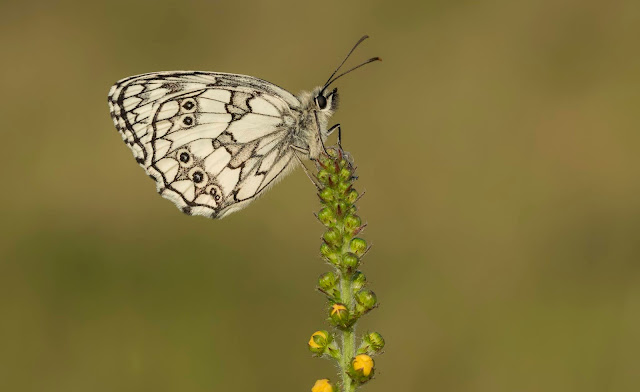 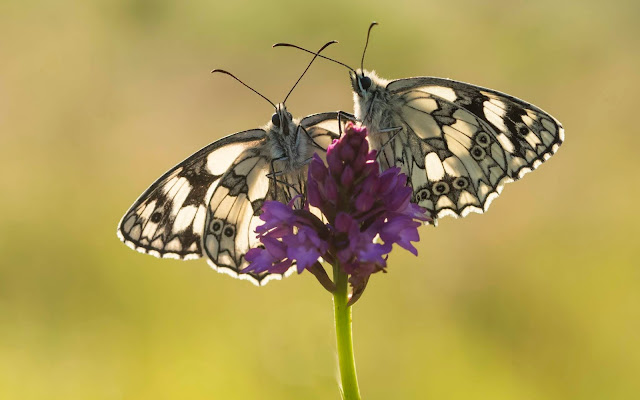 Marbled Whites warming up in the early morning sun. (5.55 am).

Posted by Bob Eade. at 17:31
Email ThisBlogThis!Share to TwitterShare to FacebookShare to Pinterest