Waking Up With The Morning Blues.

With my local colony of Adonis Blues having their best showing that I can remember this year I wanted to capture them waking up to the morning sun. As ever with living near the coast, the wind normally makes this plan a bit of a problem. However, last weekend conditions were perfect with a morning mist and virtually no wind. I had already seen a few Blue butterflies roosting close together the evening before, so it was just a case of getting there early enough to witness this spectacle.
Before the mist lifted I found a Small Copper and Azure Damselfly covered in water droplets. 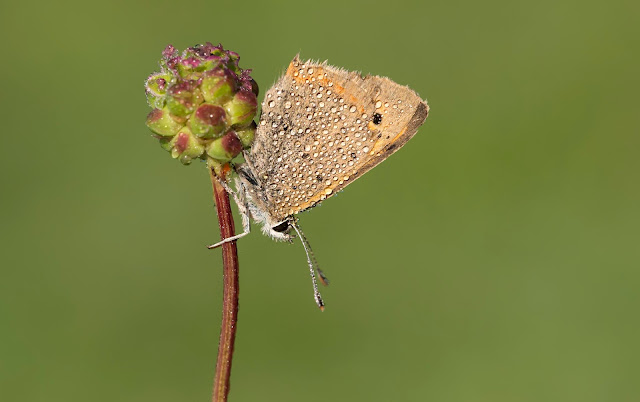 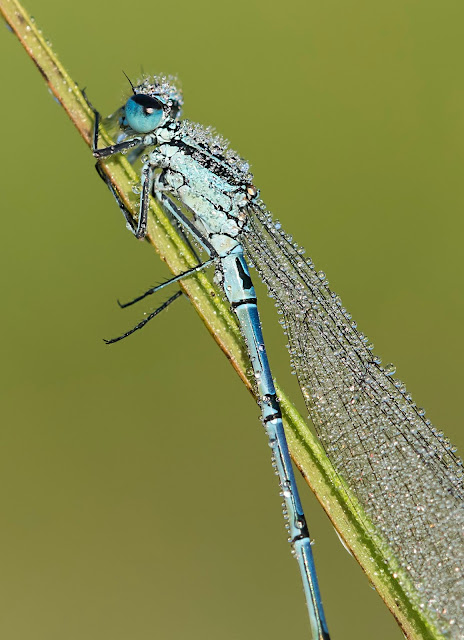 It was then a case of waiting for the various blue butterflies to open their wings to greet the sunshine. With Adonis, Common Blue and Brown Argus all within reach I was then just hoping they didn't all open at the same time.

The first to open was one of the 2 male Common Blues that were both on the same grass blade. With the temperature still being very cool he was warming up for a couple of minutes before he took to the wing and flying a short distance. 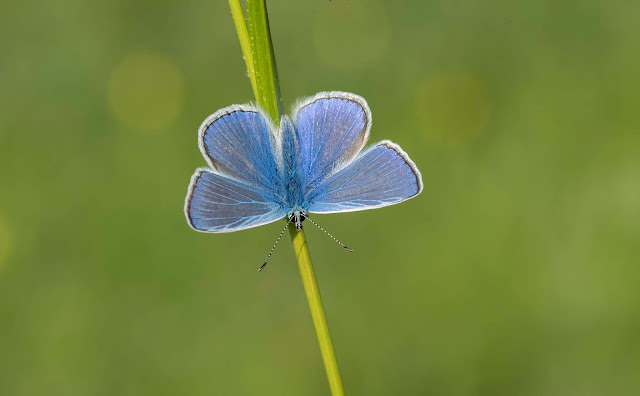 The next to open several minutes later was the Brown Argus. 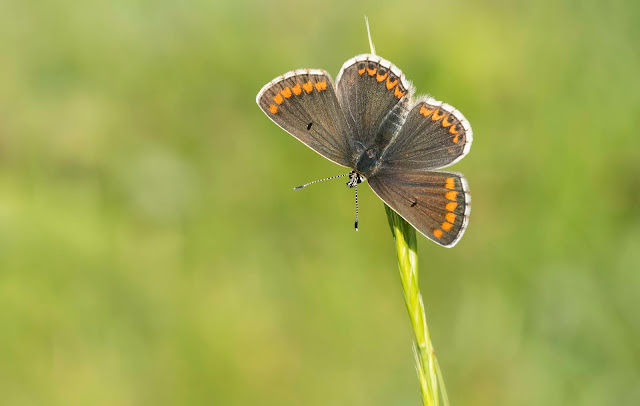 The Adonis Blue was the last of my close butterflies to open, finishing the show off in style. He even changed position on his grass blade that he had roosted on allowing a little variety as he showed off his beauty. Even the yellow Buttercups added a nice summer feel to the shots. 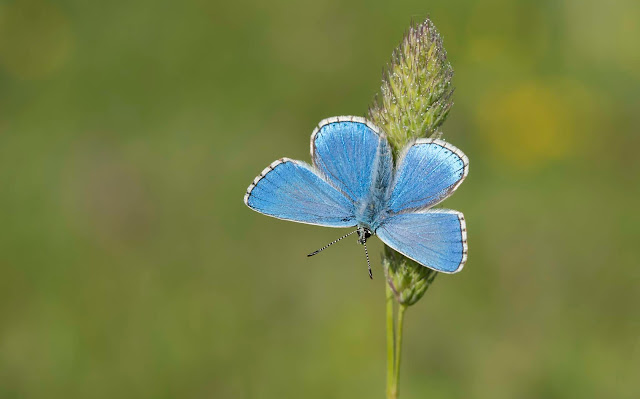 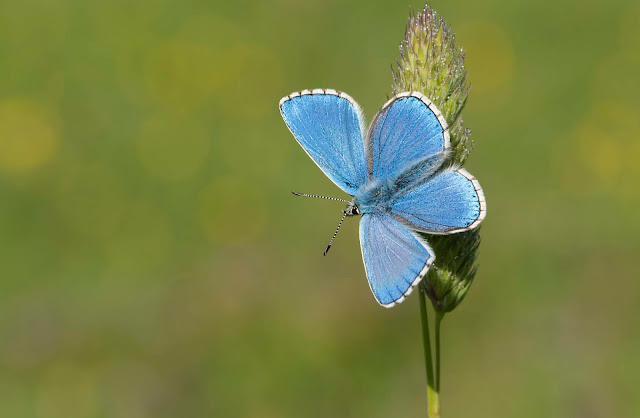 A simply stunning morning that hasn't been possible since. I have had a couple of attempts at photographing a female Adonis Blue, the first attempt I waited 3 hours for the clouds to lift before giving up. The next day was a lot milder and I was lucky to get a few grab shots before it flew away. 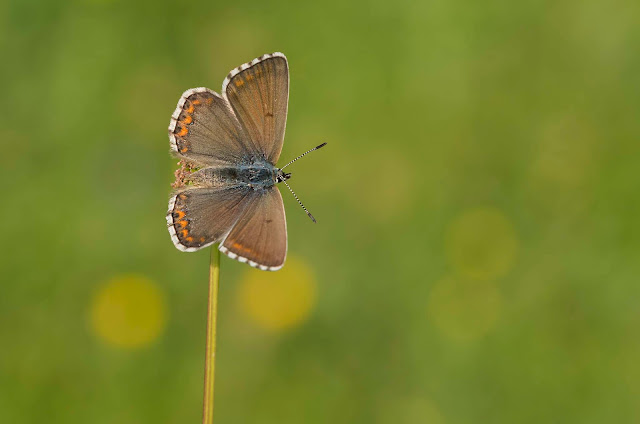 Posted by Bob Eade. at 13:03
Email ThisBlogThis!Share to TwitterShare to FacebookShare to Pinterest