With humid and cloudy conditions I ventured out to try to find my first Small Blue of the year. On my patch I do see the odd Small Blue each year, but it is never in good numbers here so to stand a better chance it involved a short drive to Downland across the valley. After a long walk up the steep hill without many butterflies seen I was beginning to think I was going to be out of luck. In a spot I had seen them several times in past years I suddenly spotted my quarry trying to bask in the little bit of brightness. Although it was warm the butterfly wasn't particularly active and I managed a few shots of it before it vanished. Another individual was soon spotted which allowed a bit of variety and also showed the difference in the spotting on the under-wing. 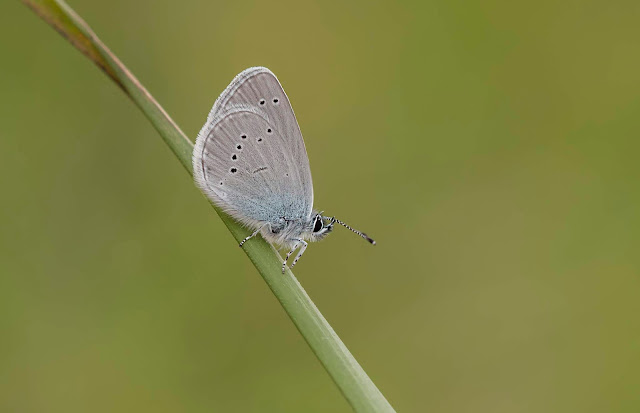 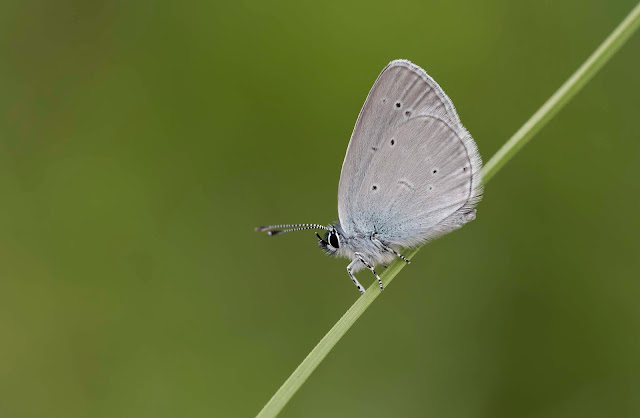 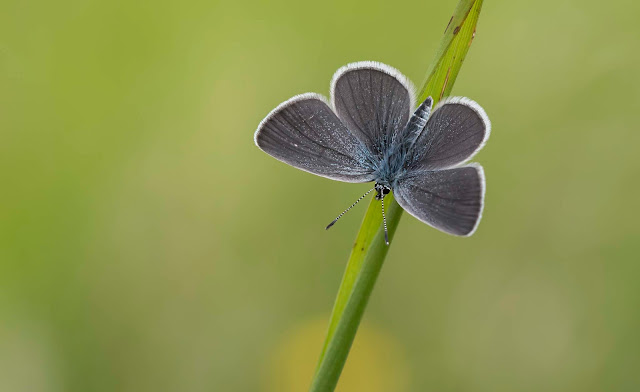 I then ventured further up the hill, at the top I saw some very strange behaviour from a Small Copper. It kept landing on tall grasses and walked down the blade of grass before taking off and repeating the behaviour on another tall grass blade. By being quick I managed just one decent image. 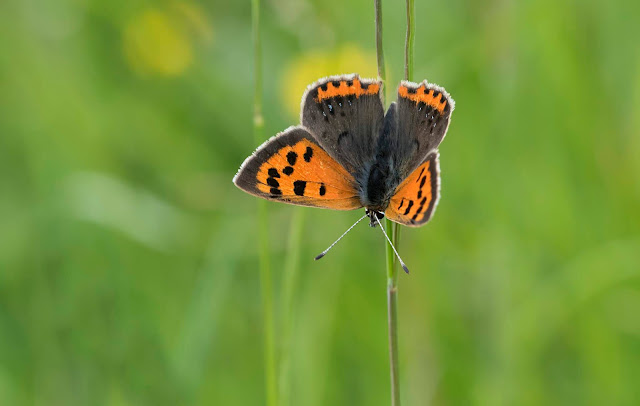 I then became aware of a small insect flying very fast around me. When it landed I was really pleased to see it was a Small Yellow Underwing moth. I have only come across this species a couple of times before in the past, and the only one I have managed to photograph before was quite tatty. Managing to follow it in flight a few shots were taken of this little stunner when it landed. 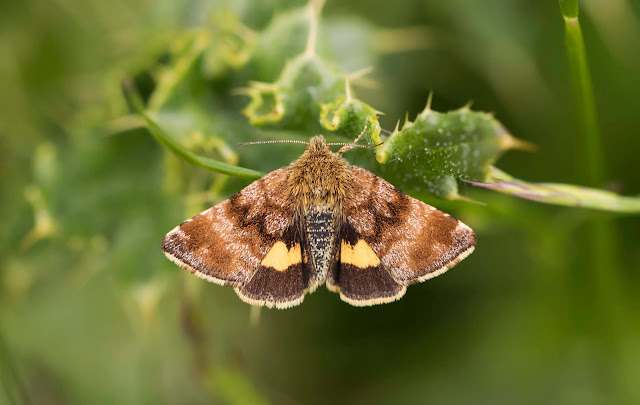 When I had been looking for the Small Blue I had spotted an extremely small micro moth, one so easily missed as it is so small. Around 5 years ago I had found a colony of this species on my patch, this was then the first colony found away from its only known site in Sussex since Victorian times. It has now been found in a couple of other sites, and now here was another. The moth in question is Elachista subocelea and is only 4.5mm in size. 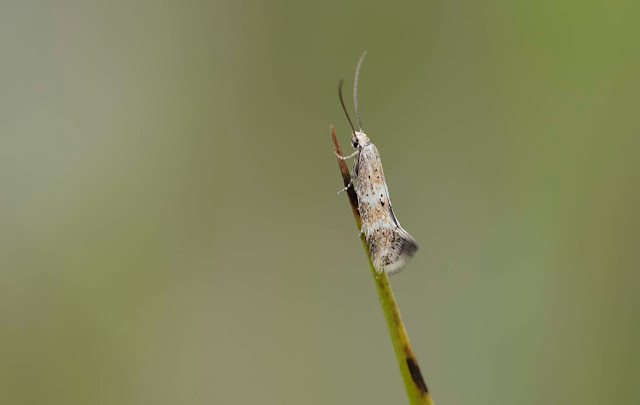 After all these small and tiny insects it was a relief in a way to spot a few Wall Brown on the return walk down the hill. I was not expecting to photograph one though as I rarely waste time during the day with these very flighty butterflies. However, following the strange behaviour with the Small Copper, one Wall Brown was also behaving in a very strange way for that species as it kept landing on the top of grasses. I guess it had only just emerged from its pupa which explained the odd way it performed. It was certainly in good condition, and a big bonus following the successes with all the Small insects. 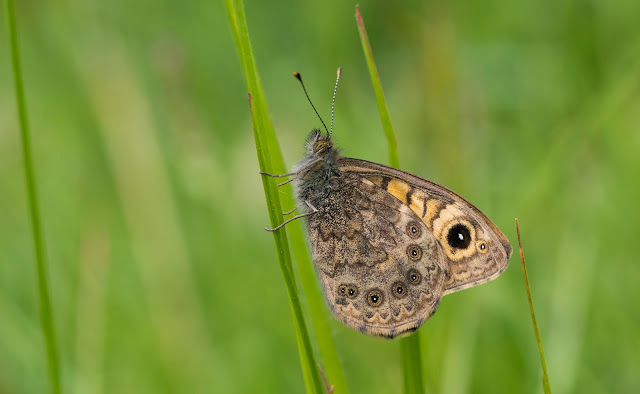 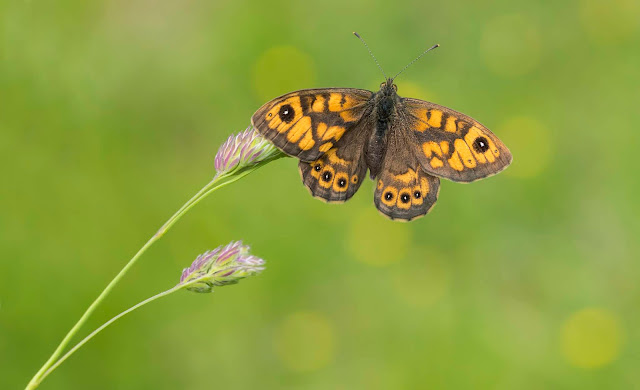 Posted by Bob Eade. at 10:35
Email ThisBlogThis!Share to TwitterShare to FacebookShare to Pinterest