In the local area I do have several Grizzled Skipper colonies, however, none of them are particularly large colonies. I saw my first 2018 Grizzled Skipper on April 22nd and since then we have had hot weather followed by very cold weather. Now it has become hot again, and the numbers of Grizzled Skippers are as high as I have seen for a few years. I have found some roosting on the cold days, roosting early in the morning, basking in the sunshine and buzzing around in a way that only Grizzled Skippers can.

In doing so I have managed some of my better Grizzly shots, even if it has meant many visits and a few hours of hunting. 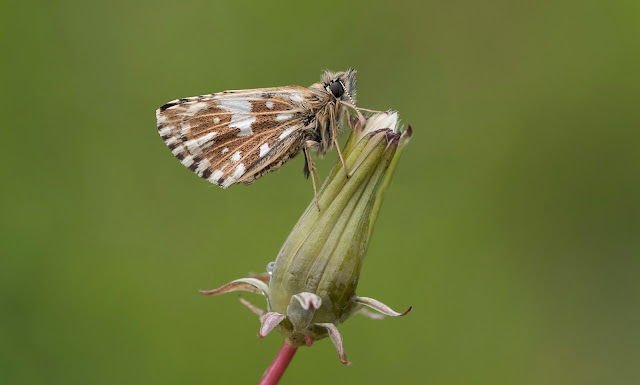 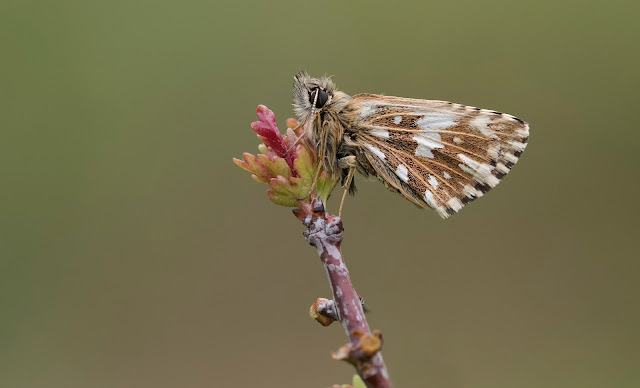 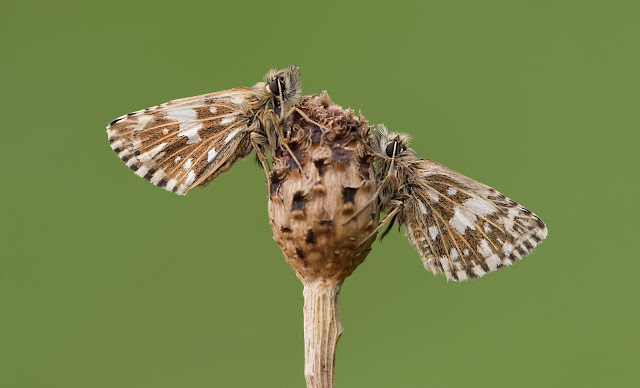 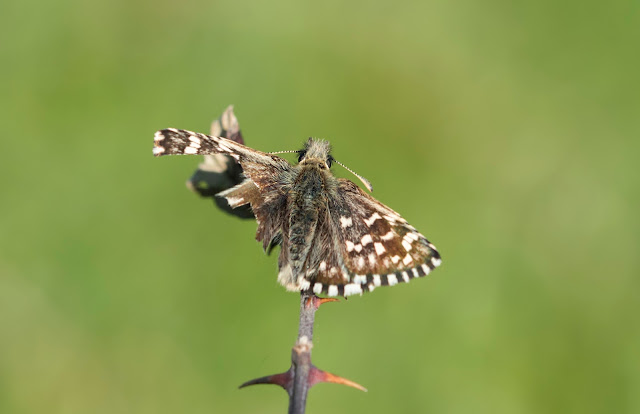 This one flew around in circles!! 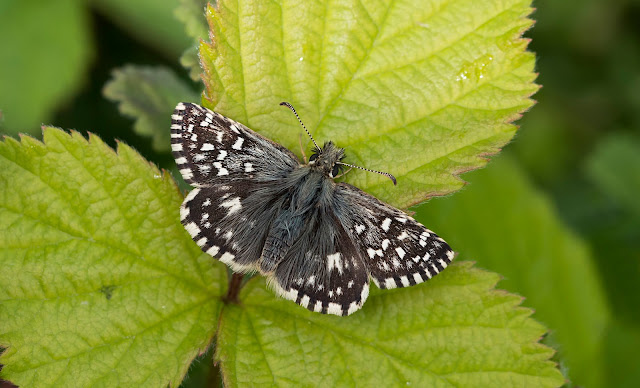 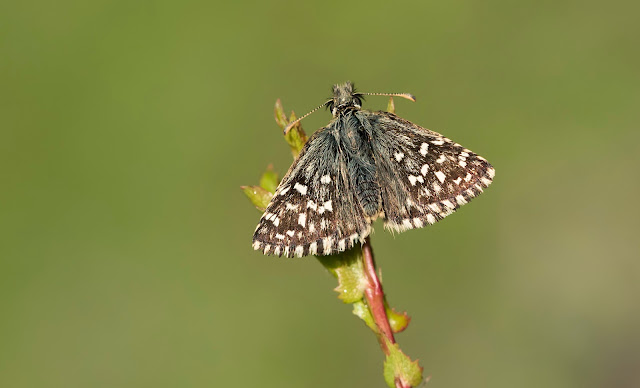 Grizzled Skipper starting to Wake up. 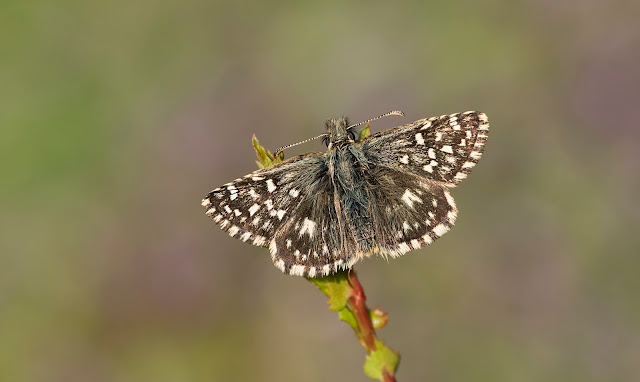 A Grizzled Skipper still dew covered, looking a little damp. A haze of blue Ground Ivy behind. Worth getting up at 5.50am for!!

Posted by Bob Eade. at 22:05
Email ThisBlogThis!Share to TwitterShare to FacebookShare to Pinterest