A Hint Of Orange.

With the weather continuing in the cold, breezy and cloudy conditions I headed out in desperation hoping to find some Orange-tips in an area where in past seasons I have seen small numbers. Regrettably Orange-tips these days are not anything like as numerous as they used to be in East Sussex, certainly partly due to over aggressive cutting back on the verges by the Council contractors. This often happens in the late Spring and early Summer when the eggs and larva are on the Cuckoo Flower and Garlic Mustard, so many are basically cut up in the mowers!!

When I arrived in the area where I was hoping to find some roosting butterflies it was even cooler than I expected, and the Cuckoo Flower was also past its best. Eventually though I did find a female roosting in the undergrowth which gave me a few opportunities despite the dreadful weather. After getting a few shots I moved on and in a sheltered corner and during a very short sunny interval I had a male Orange-tip fly past me. Fortunately it settled several times for periods of cloud, to fly again in the short sunny bits. It still seemed pretty cool, and the breeze made it extremely tricky, but in the end I did manage to get a few shots worth hanging onto. Needless to say, with such little sun the butterflies were certainly not in the mood for opening up and showing their top wings. 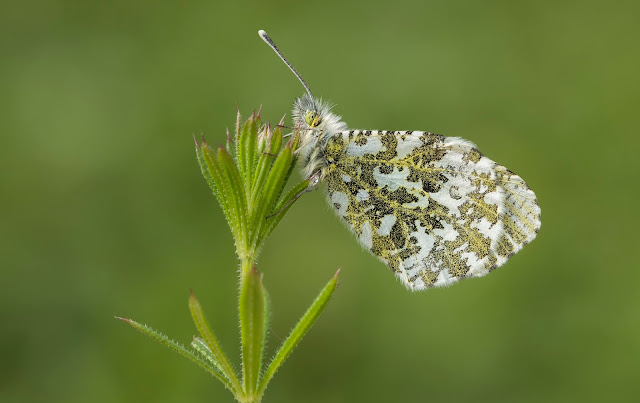 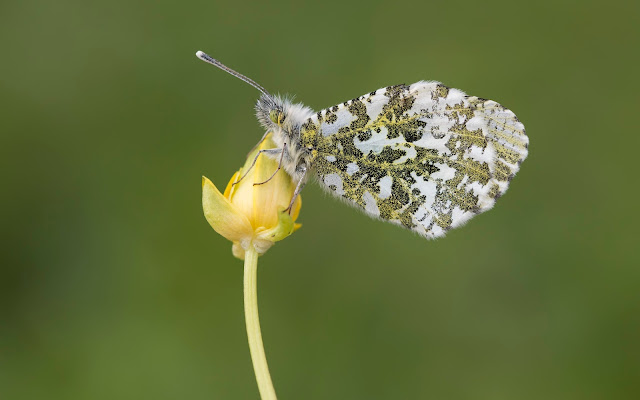 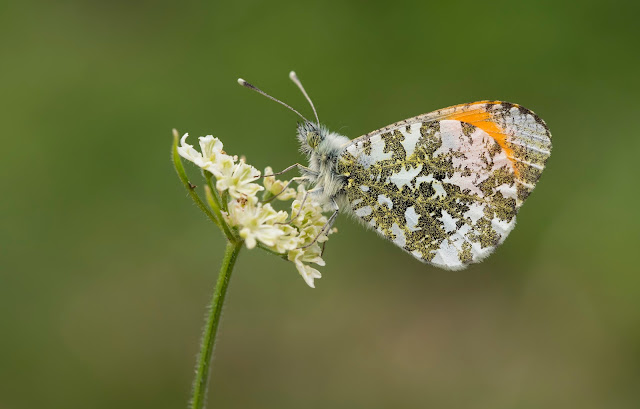 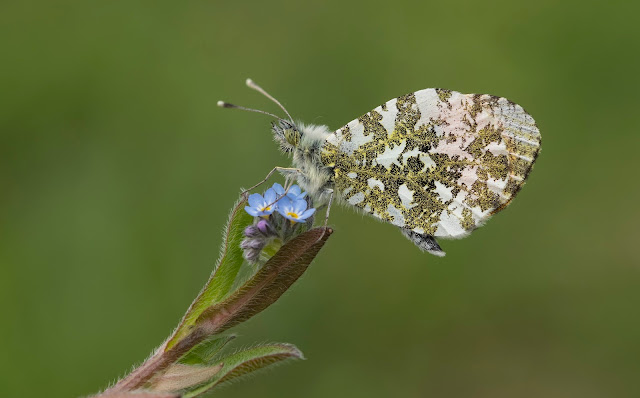 Posted by Bob Eade. at 19:04
Email ThisBlogThis!Share to TwitterShare to FacebookShare to Pinterest