On Saturday I was very limited for time as I had already arranged to meet Phil in the early afternoon and all I managed was a couple of quick grab shots of the butterfly before I lost it to sight. However, on Sunday I returned to the bush in the morning. I have noticed before with this particular bush that the Green Hairstreaks show well on a sunny morning, generally keeping in the lower portion of the bush and staying in a smallish area. This was the case again on Sunday as for nearly an hour I spent watching and photographing him. He soon seemed to accept me too which meant I had time to concentrate on getting the best angles. It turned into one of the best sessions I have had with this species. 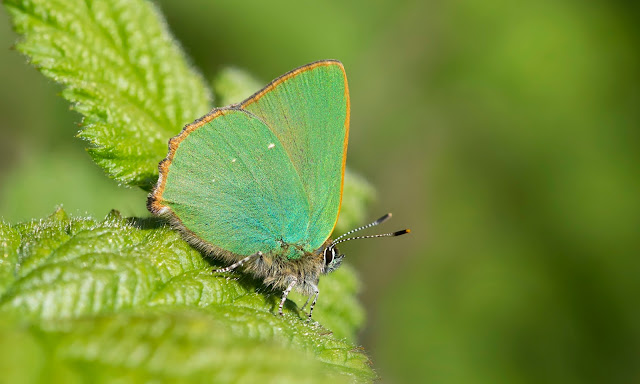 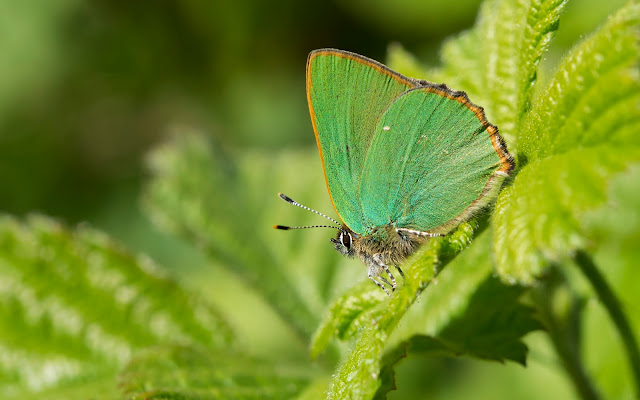 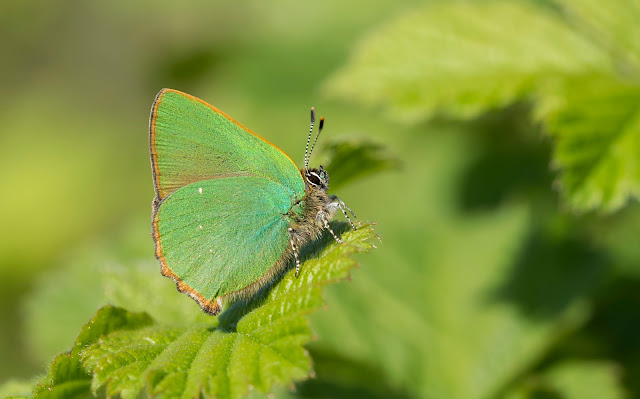 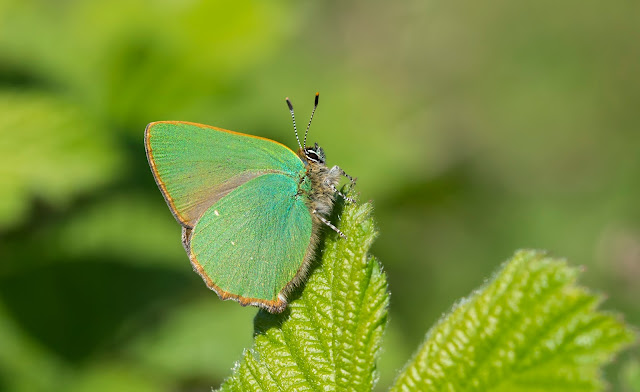 With both Wall Brown and Grizzled Skipper, seen on Sunday, and today a Small Heath my year total has now hit 15

Posted by Bob Eade. at 17:02
Email ThisBlogThis!Share to TwitterShare to FacebookShare to Pinterest