On Thursday I was really pleased to find my first ever male Emperor Moth without the help of a pheromone lure or a virgin female Emperor. I was walking up a slope at the far end of my local patch when I saw it on the bank drying its wings. I managed 3 quick shots before it flew off at pace. A really beautiful sight, and as ever with this species, one wonders why more at not seen as they are quite spectacular, not rare and quite large!! 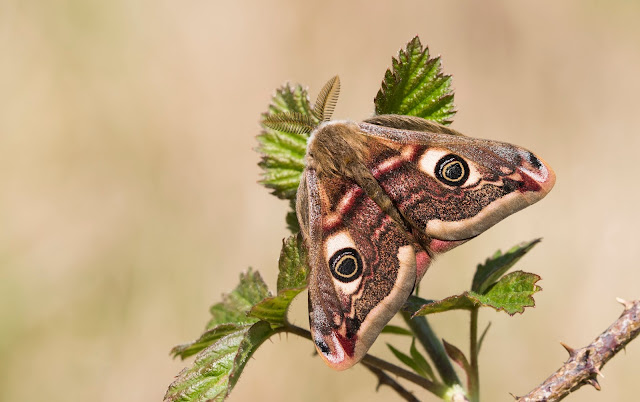 On the walk before this point I had seen my first confirmed Large White of the year as well as several Green-veined Whites including a mating pair. 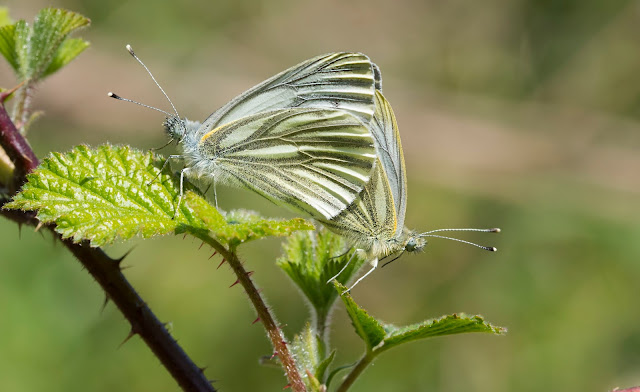 Speckled Wood numbers have also suddenly increased with several seen throughout the walk. 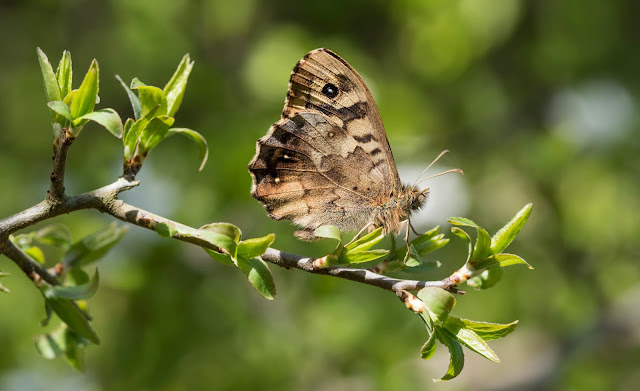 Once home my first Holly Blue of the year flew through the garden. It seemed that many butterflies had suddenly appeared with the mini heatwave going on.

With finding the Emperor Moth I thought I would try my 3 year old pheromone lure to see if it would still work. It wasn't long before I found out as at least 6 male Emperors were soon coming in to investigate. It is always a pleasure seeing these spectacular moths at close range. 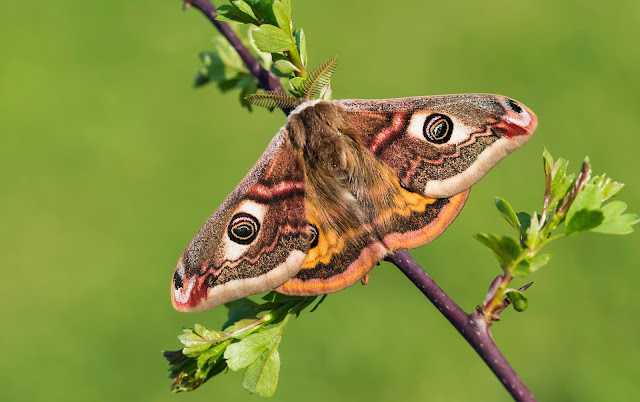 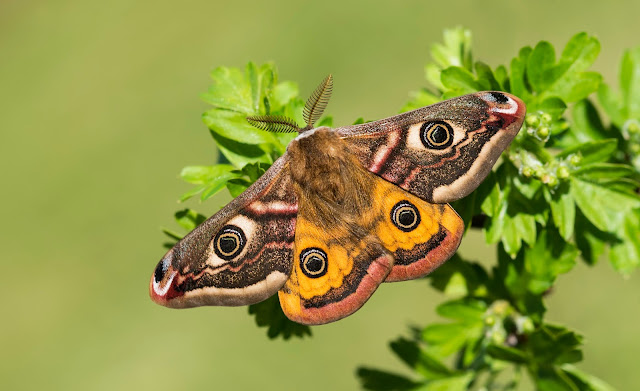