A late decision on Tuesday, following the weather being better than forecast, resulted in a quick dash to West Sussex hoping for performing Great-crested Grebes.
At least 5 Grebes were seen as well as two nests. One nest had an adult sitting all the time we were there, so presumably eggs were present. The other nest was being finished off by a pair of Grebes, these two also mated twice while we were there.

Unfortunately, we didn't see the famous weed dance that these Grebes do during their courtship. however, whenever one grebe saw another, they lay flat along the water which most of the time seemed to be a greeting. 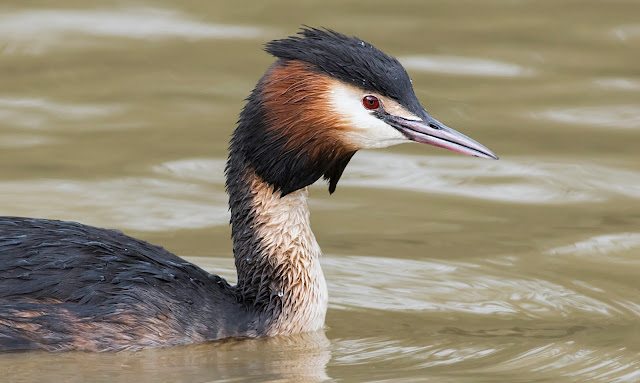 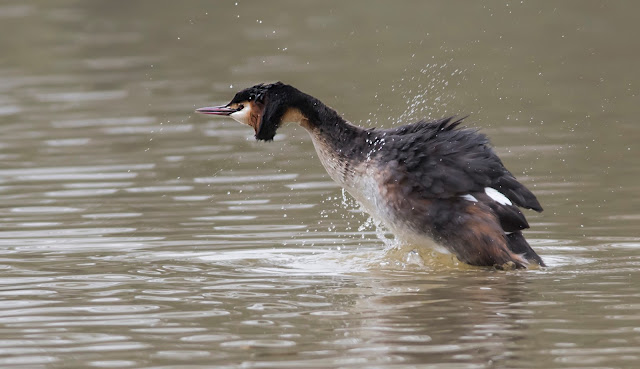 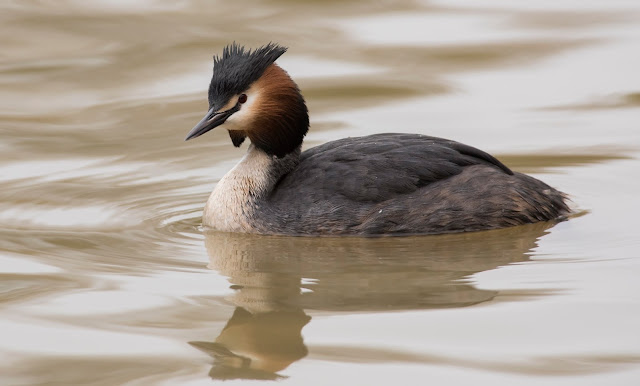 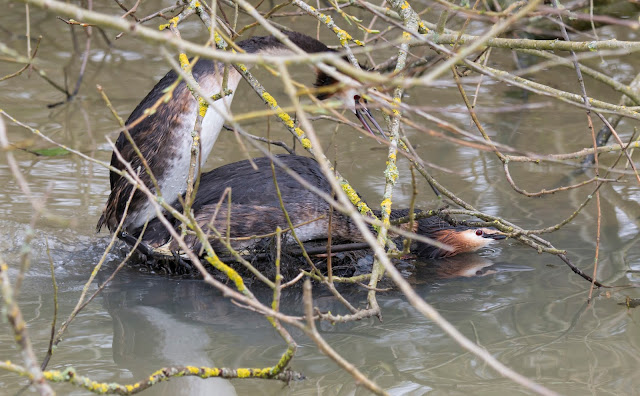 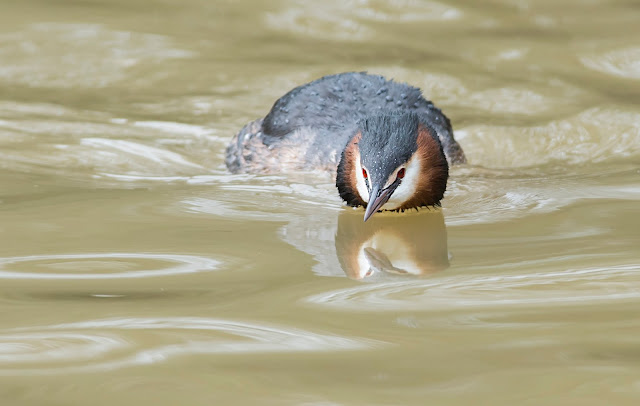 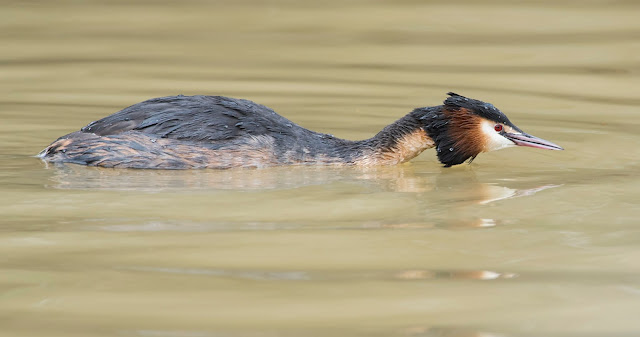 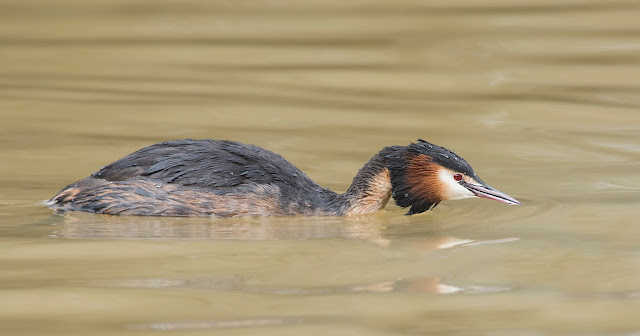 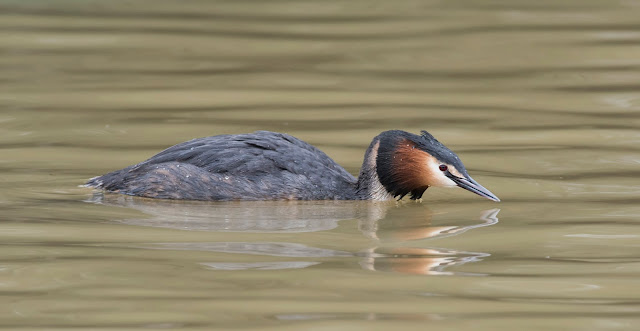 Posted by Bob Eade. at 12:15
Email ThisBlogThis!Share to TwitterShare to FacebookShare to Pinterest