One of the reasons why I was so pleased to be able to show Nigel the Small Eggar larva, (see previous post) was that around the same time he had found some fully grown White Admiral larva in his own woodland that he was good enough to show to me. A few days later, he invited me back again as the larva had by now turned into pupa. I've only seen these strange larva when they have been much younger so it was a real treat to see them fully grown. Despite the tremendous camouflage that both stages have it seems that the local bird population still found them with all but one, of the 4 making it through to adult butterfly. I've also included a couple of images after the immature stages of  adult butterflies photographed sometime ago. The immature stages are all in heavy shaded areas and being higher off the ground than I am it was a case of standing, and trying to balance on an old log.

My thanks to Nigel for the invite to see these spectacular larva and pupa. 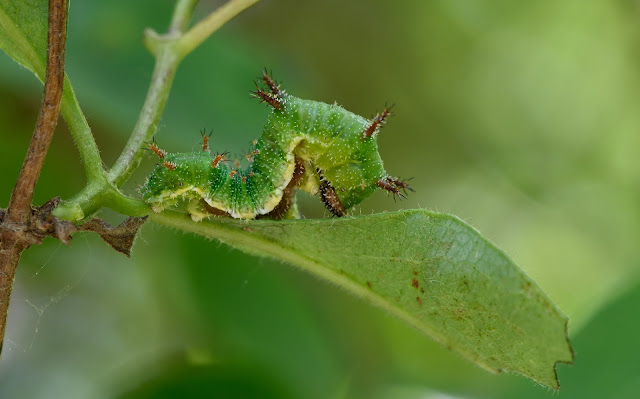 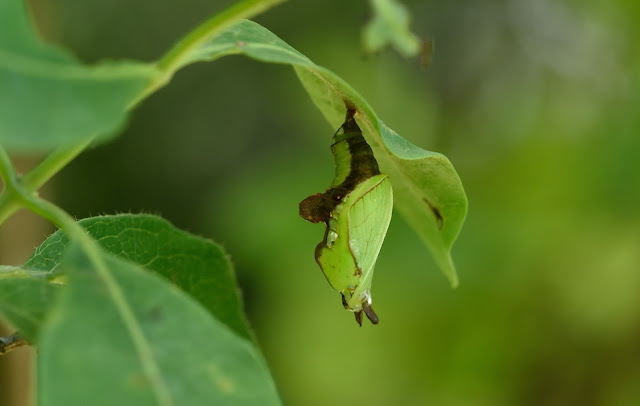 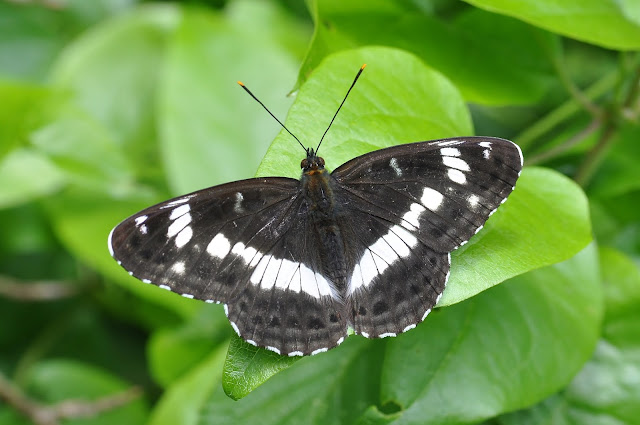 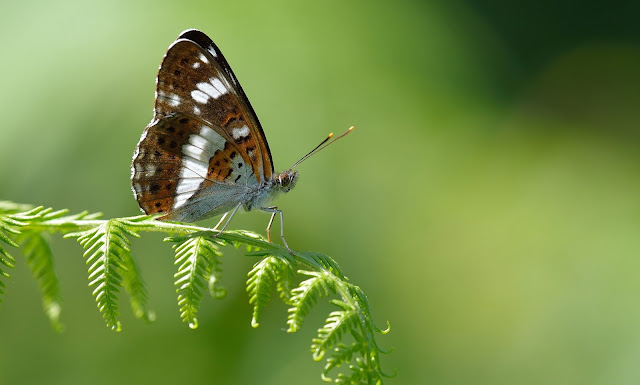