On the 11th May I was on a general stroll on my patch when I came across a large larval web on a Hawthorn bush. As it was the same time that I was finding larval webs of Brown-tail moths this was my first thought. However, the larva looked different, as well as the web being larger. I took some photos of the the larva and web so I could check later at home. On looking through my books at home the only likely moth I could come up with was the Small Eggar. I then checked the superb 'Complete History of Butterflies and Moths in Sussex' by Colin Pratt, and this moth has been extinct in West Sussex since 1968, and has only one record in East Sussex since 2009. With this information I assumed it could not possibly be this species. I then sent copies of the photos to both Colin Pratt and Nigel Kemp, they both confirmed that they were indeed larva of the Small Eggar. I then continued to monitor the larva until my last sighting of them on 14th June when I was pleased to show them to Nigel. 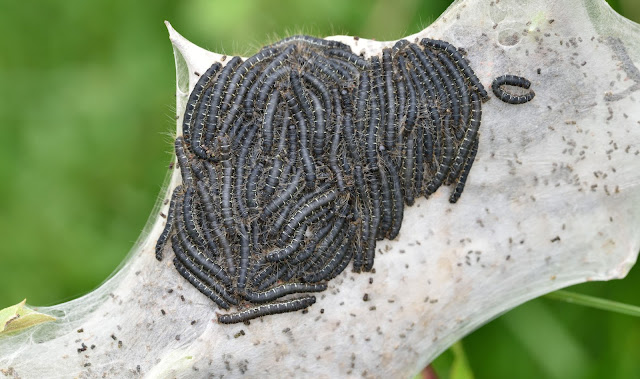 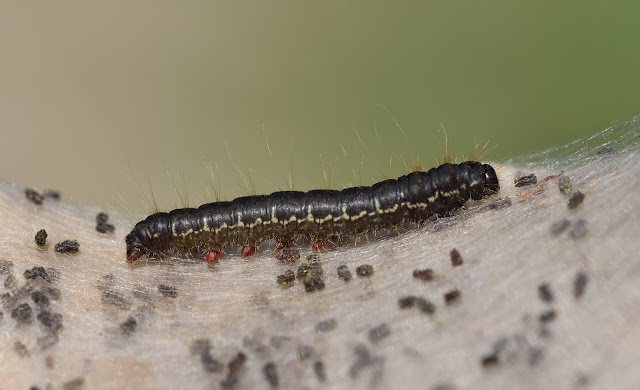 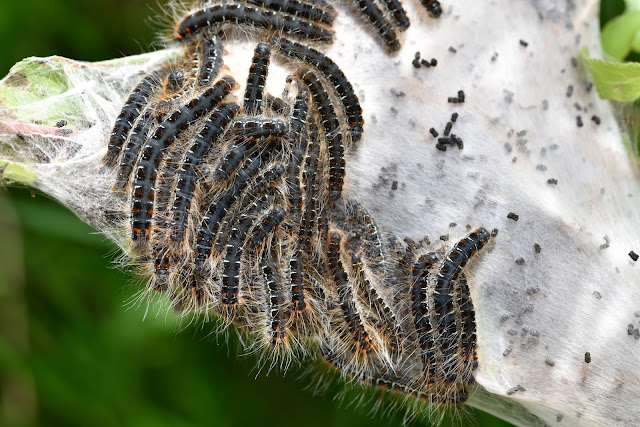 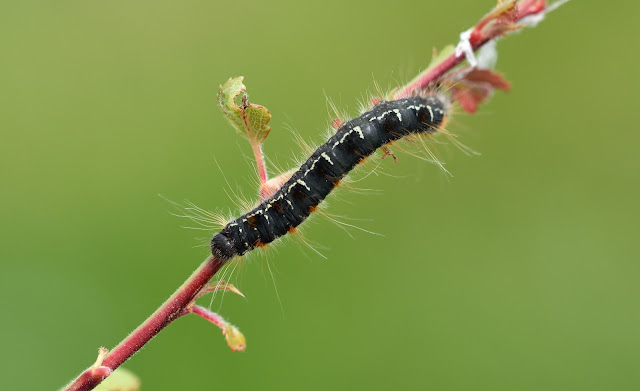 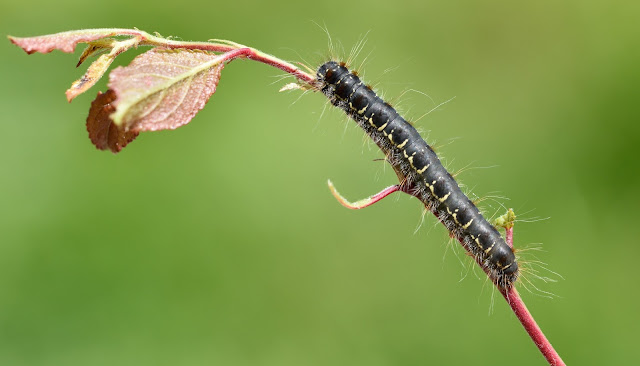 After the 14th June the larva had dispersed, although the web was so robust it was still very evident several months later.