A stroll up the hill on Tuesday to see how the 3rd brood Wall Brown was getting on was very productive with well over 20 individuals seen including around 5 females. There was also a good showing of Clouded Yellows as well as Common Blues and Red Admirals. A really good butterfly day for October!!
Just as I was getting to the end of the walk a mating pair of Wall Brown took off from under my feet, but with it being cool at the top of the hill they landed nearby. They were at this point in an odd position. They soon took off again but landed again in a bush. They were then disturbed by another male that was trying to get into the act. The next time they landed they were in the more normal position!! 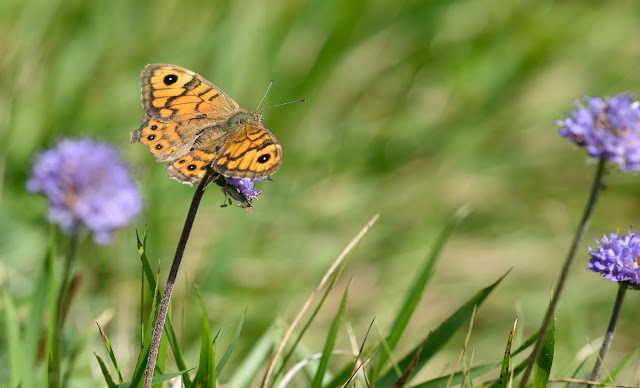 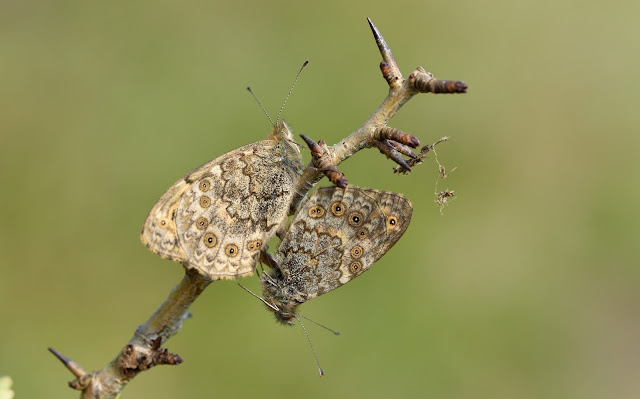 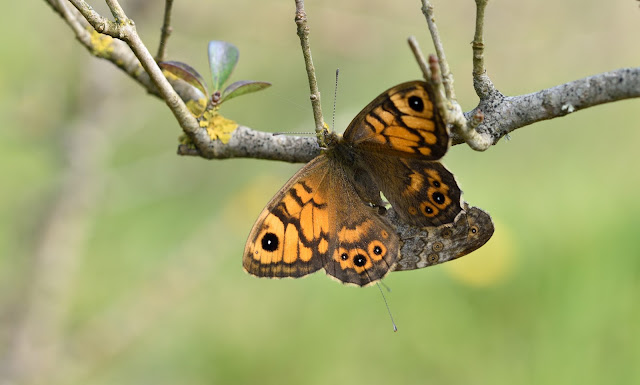 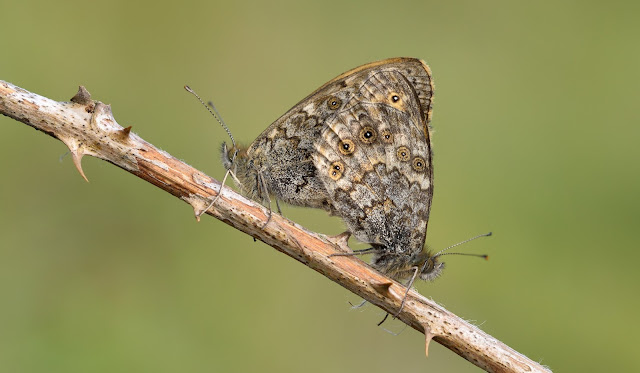 Posted by Bob Eade. at 20:41
Email ThisBlogThis!Share to TwitterShare to FacebookShare to Pinterest