Having failed to see any Wall Brown on my walk on Thursday, I decided to have one last go on Friday, as with Storm Brian arriving on Saturday there were unlikely to be any surviving Wall Brown after that!! I decided to walk up the hill from home and it wasn't long before I saw a Speckled Wood. Just after this I left the shelter of the trees and it became clear how windy it really was. It was then that I began to think that there was no chance of any more butterflies. At the top of the hill a hedgerow brought more shelter from the wing and a Red Admiral made an appearance, followed by 2 more and another Speckled Wood around the High and Over car park. A pair of displaying Ravens and a couple of late Swallows were seen nearby too which were good to see. I then hit another sheltered area and spotted a female Wall Brown nectaring on Devil's Bit Scabious as well as a Peacock and a Clouded Yellow. The Wall Brown dropped down on the path briefly and was lost to view, however, Clouded Yellows were seen flying around with at least 4 different individuals seen, this included a female that was still reasonably fresh. This one also posed quite nicely, although by now the sun had well and truly gone behind some heavy clouds. With the poor light and the steady breeze I was pleased to get any half decent photos of this lovely butterfly. Despite the weather it had been a very successful afternoon with 5 butterfly species seen, not bad for a very windy October day. 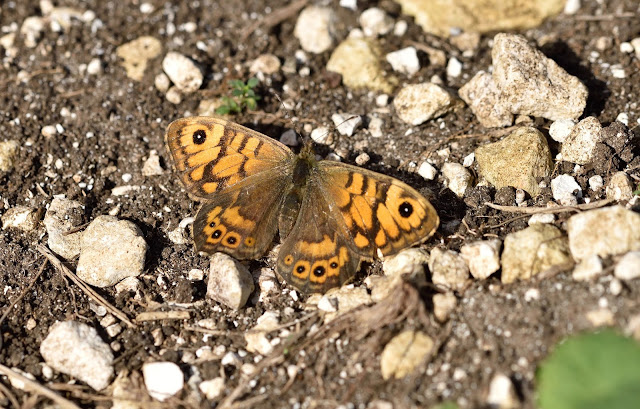 Probably my final Wall Brown of the year. 2017 has been very good locally for these. 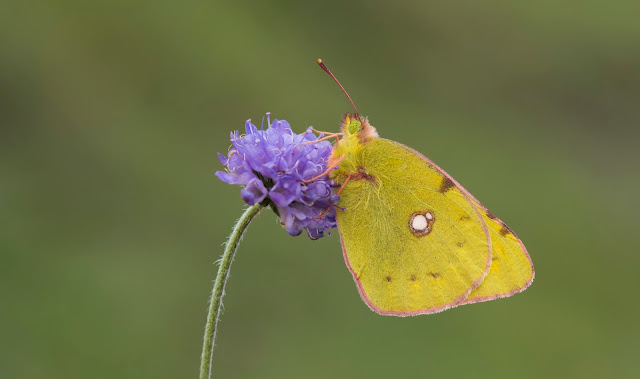 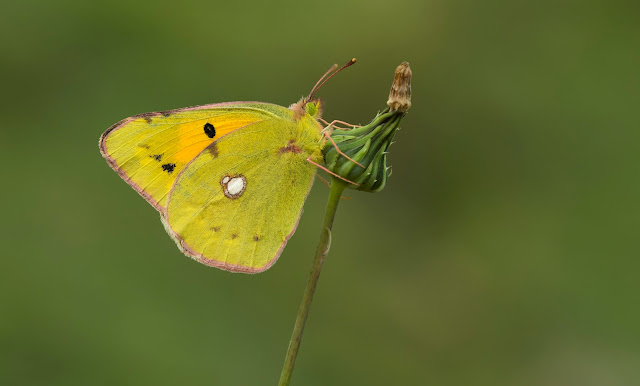