Cricket. Warts and all.

What would Geoffrey Boycott say about this??

For a few years I have been hoping to find an adult Wart-biter Cricket, a very rare insect which is found in only a handful of sites in the UK, fortunately 3 of these sites are in my local area. Last year I found my first Wart-biter which was not fully grown and was also hiding deep in the grass!! This species being so rare is now of so much concern that re-introductions are being attempted. I have been talking to a friend that is part of these attempts and following a few tips he's given me I have at last found an adult male of this special species. It also became clear why it has been so difficult finding them as their colour gives a fabulously effective camouflage. 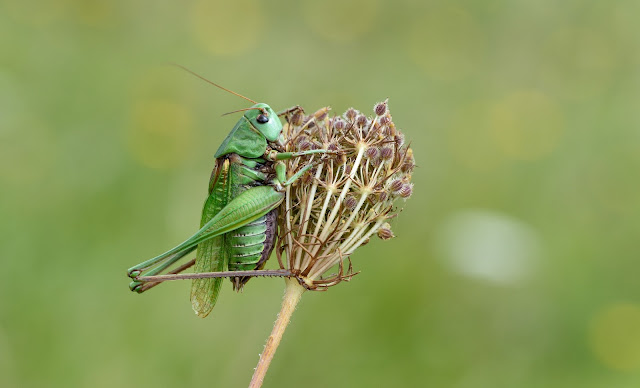 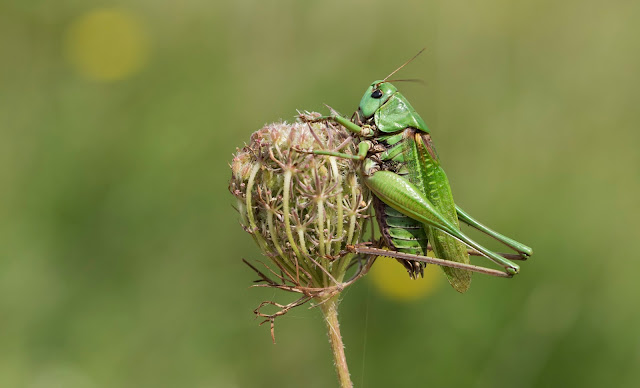 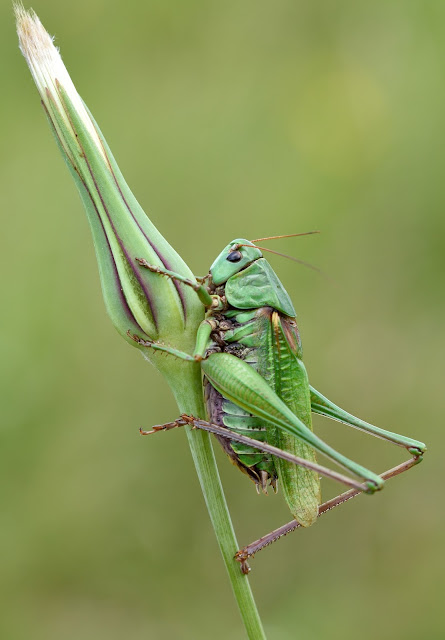 Although I have seen so many Wasp Spiders this year I was amazed how many of these spiders were in the area. As this spider predates Grasshoppers I just hope that they don't take out young Wart-biters next year. 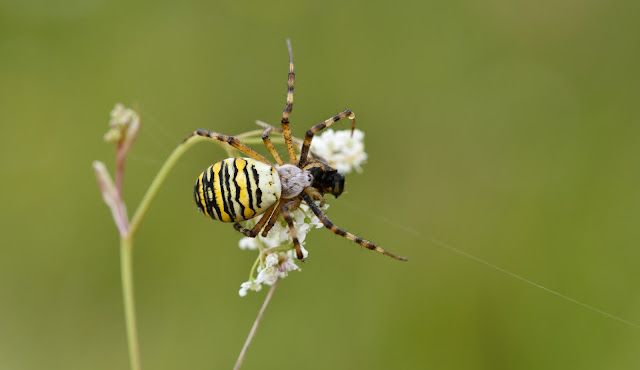 Posted by Bob Eade. at 21:07
Email ThisBlogThis!Share to TwitterShare to FacebookShare to Pinterest