With several attempts recently at the Brown Hairstreak with mixed success it was a risk yesterday with poor weather forecast and it wasn't too much of a surprise that we only saw a single male. However, where the sunshine would have helped with that species, cloudy conditions are pretty good for the Wood White and with them being only 20-25 minutes further on it seemed a good idea to head that way. My only visit to see them this year was during the first brood in heavy rain!! It wasn't long before the first one was seen with the conditions meaning they were not taking flight too often. With the odd sunny spell that brought them out to fly and nectar around a dozen butterflies were seen. This species is regarded as one of the most endangered in the UK and is far rarer than the Brown Hairstreak that was the original target. 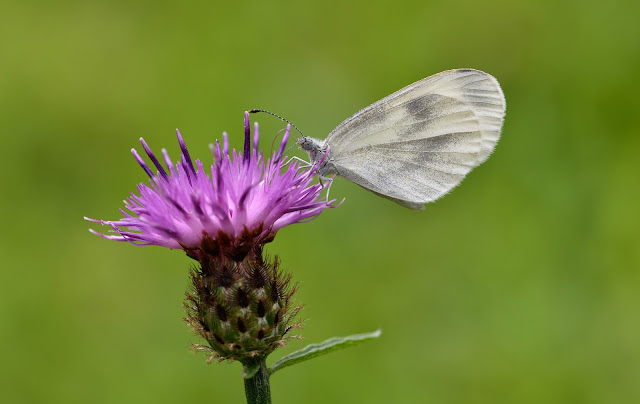 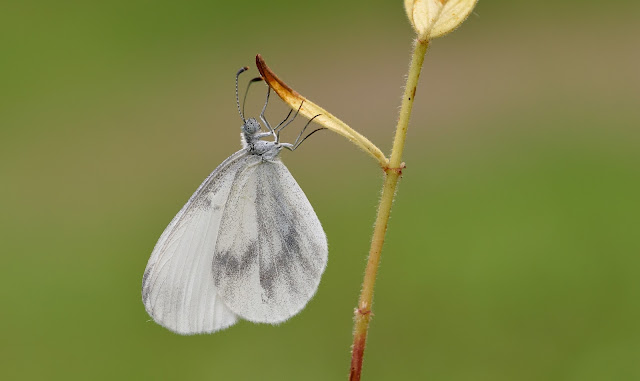 Last night I put the moth trap out again and with cloudier conditions this morning there were several moths of interest. A new one for the garden was a Plumed Fan-foot. This is a notable moth as it has always been regarded as a very rare vagrant, although this year there have been many reports so it seems that there are several breeding colonies in the vicinity. Similar in a way to the Jersey Tiger, which has also expanded its range and is becoming more numerous. Another of these was by the trap this morning. Gold Spot and both Early and Canary Shouldered Thorn were also counted. 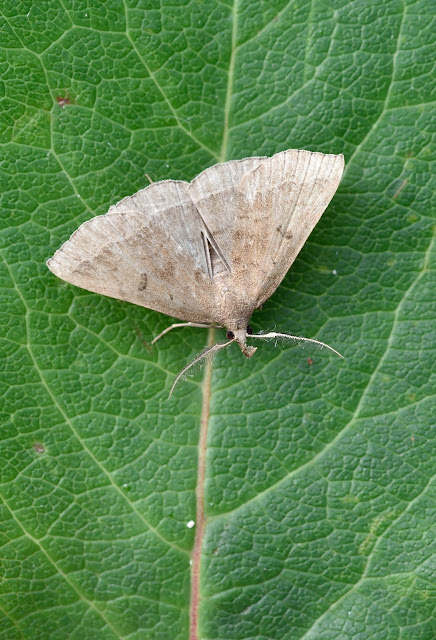 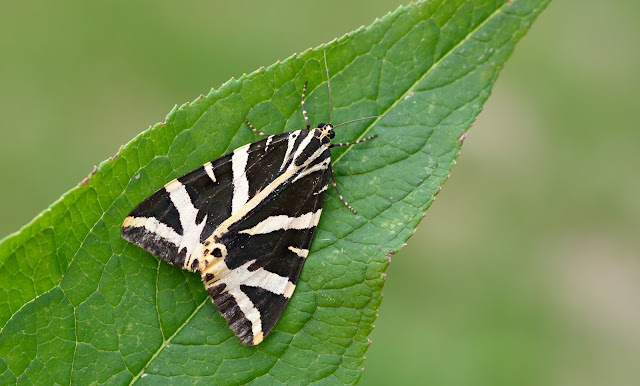 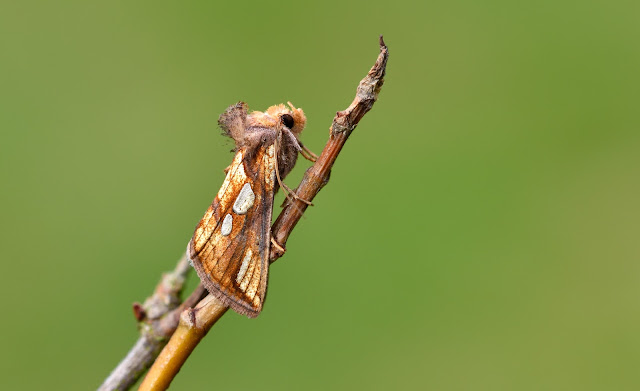 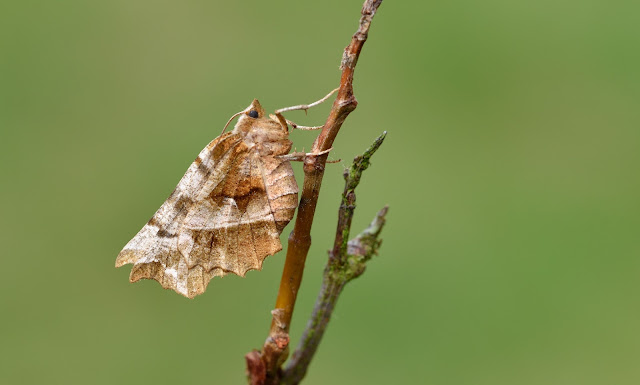 Posted by Bob Eade. at 15:21
Email ThisBlogThis!Share to TwitterShare to FacebookShare to Pinterest