Late Summer on the Forest.

It was good to get out with Pete yesterday for the first time for a long time. We decided to head out to Ashdown Forest to look for dragon and damselflies. As we arrived in the car park 3 Brimstone males were busy nectaring on the abundant Fleabane. 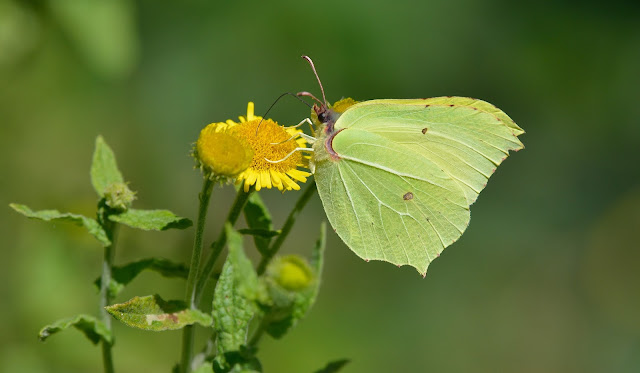 One of 3 Brimstone Males.

Around the acid ponds it was good to see the Raft Spiders with a couple of juveniles seen as well as an adult sitting out on the reeds around the pond. 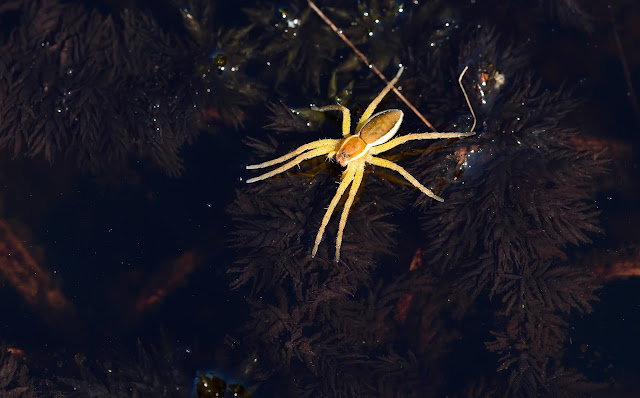 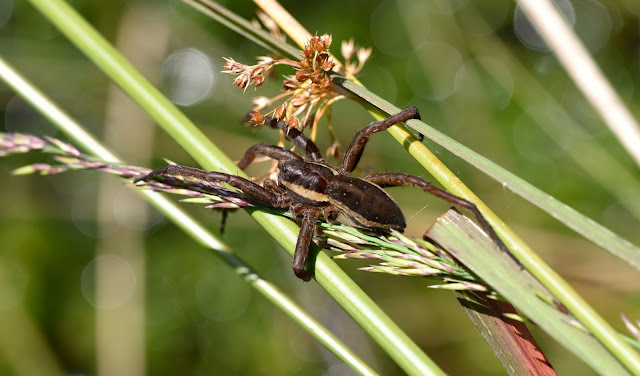 We then had a bit of fun trying, and failing to photograph a male Southern Hawker in flight. In the corner of the pool he kept returning to hover within inches of the cameras. 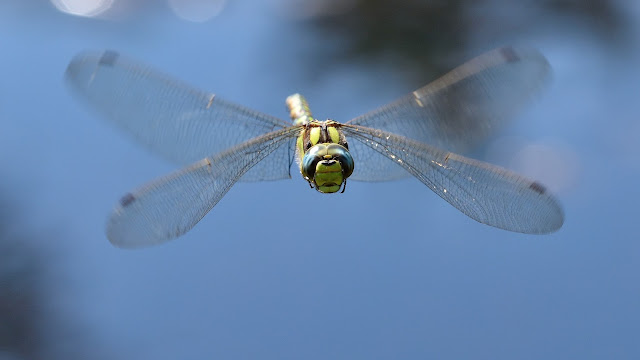 Only one Black Darter was seen, a male, which was a little disappointing but several Small Red damselflies were active. 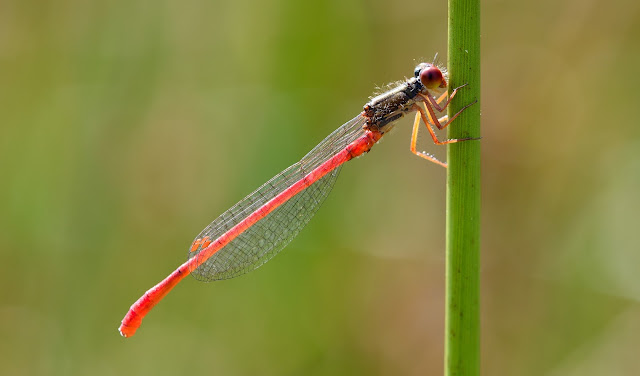 Walking back along the top path Pete stopped to photograph a Heather bush. Whilst I was waiting for him I spotted a larva sitting on the top of the bush. I immediately recognised it as the larva of the Beautiful Yellow Underwing Moth. I have only seen one of these before and that was about 100 yards from where this one was. Whilst we were photographing this one with the backdrop of the Heather we spotted 2 more of these magnificent larva on the same bush. 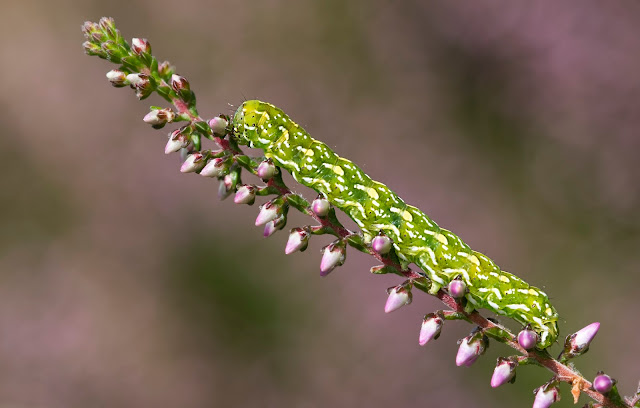 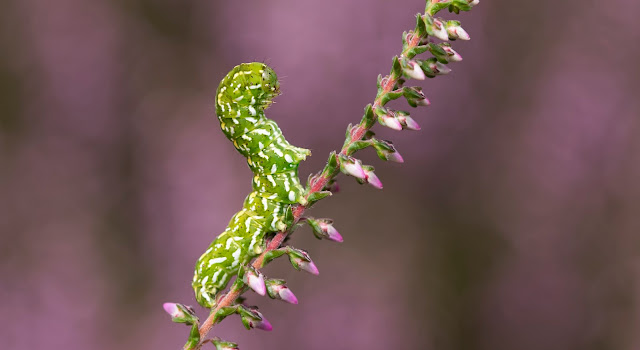 On Wednesday a trip with Nigel to see the much rarer Fen Raft Spider, we saw several including some with nursery webs full of spiderlings. 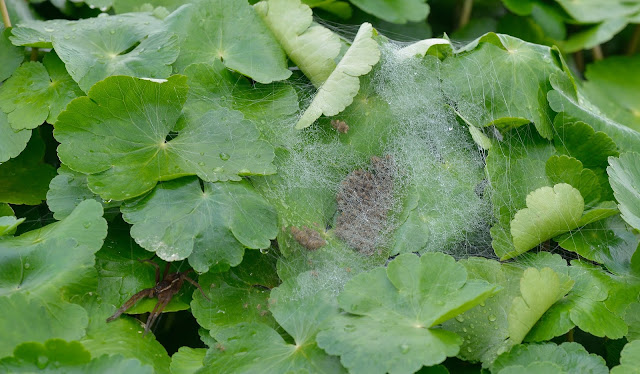 Fen Raft Spider keeping an eye or 8 on its babies!! 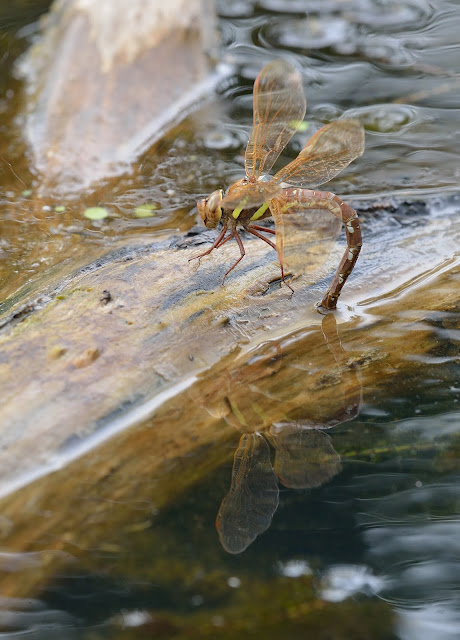