I'm ashamed to say that my first moth trap of the year has only just happened. However, it was more than a worthwhile exercise as I had 4 Tiger Moths in the trap. 2 Garden Tiger and 2 of the more unusual Jersey Tiger. The latter I have now caught 3 years running so there must be a colony in the vicinity. I did try to get a photo with both types of Tiger in the picture but unfortunately they walked into each other and the Jersey flew off!! The remaining Jersey I decided not to try again with as Paul was keen to see the Jersey Tiger. There were a few other moths in the trap including Spectacle, Canary-shouldered Thorn and a very smart Burnished Brass. I hope it won't be such a gap before the trap goes out again!! 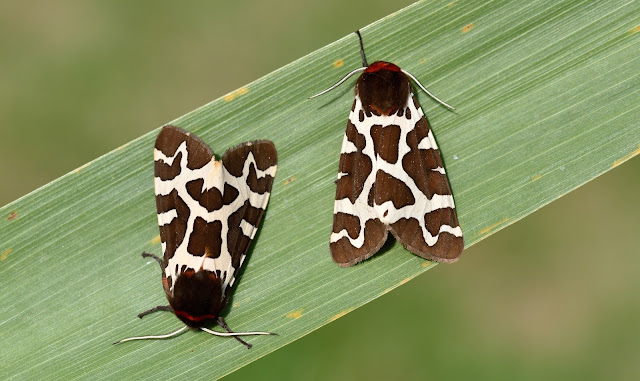 A pair of Garden Tiger Moths. 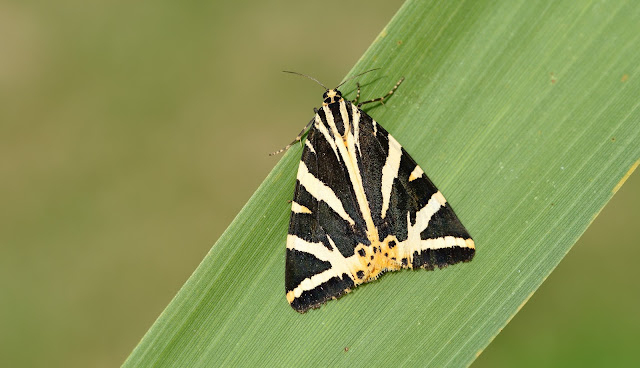 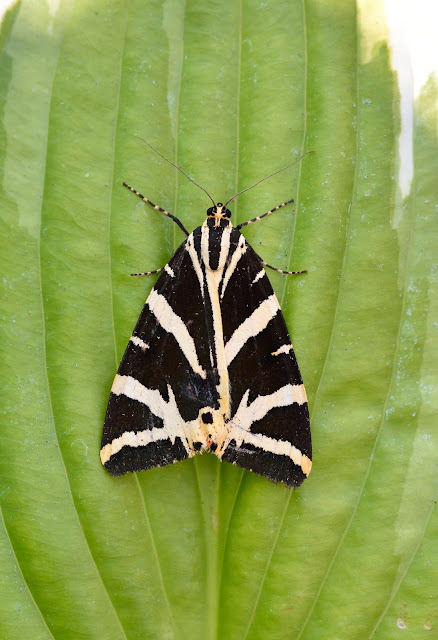 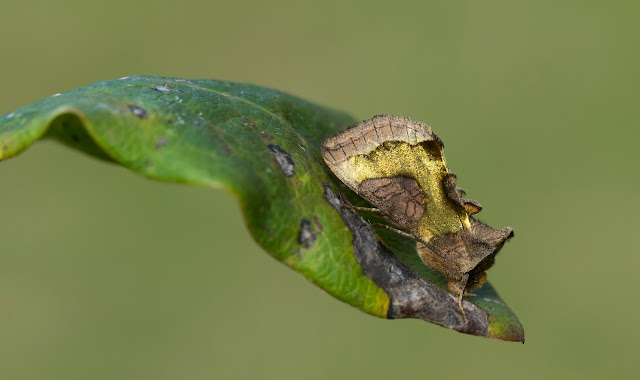 Posted by Bob Eade. at 17:43
Email ThisBlogThis!Share to TwitterShare to FacebookShare to Pinterest