Many butterflies have emerged early this year, in fact all the Sussex species have now been seen this year. Most years the Brown Hairstreak is the last one to appear, although the Grayling was the species this year that had that honour. The first Brown Hairstreak in Sussex was seen on the 7th July, around 3 weeks earlier than usual. They have also been seen in unusually high numbers, and even more unusually its been the normally elusive males that have been seen down nectaring on Creeping Thistle. Despite the poor weather James and I headed off to an area where sightings have been reported, although when we arrived in drizzly rain our expectations were very low. After wandering around for a while the drizzle stopped and the temperature increased slightly. I was still however amazed when scanning the thistles with the binoculars I spotted a Brown Hairstreak nectaring as it was still so cool that even the Meadow Browns were keeping their heads down. The Hairstreak unfortunately took to flight before we managed any photos but we very soon found another couple down. For the next 90 minutes or so we kept finding a few more down and this continued until the sun eventually broke through the clouds just after 4 oclock. After this we only found one more as this was now the time the Hairstreaks go to roost!! Most of the butterflies were showing a little bit of wear although one that was seen trying to warm up in the bushes appeared to be very fresh. 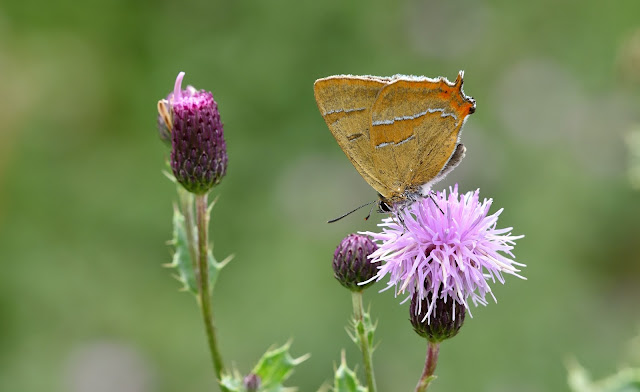 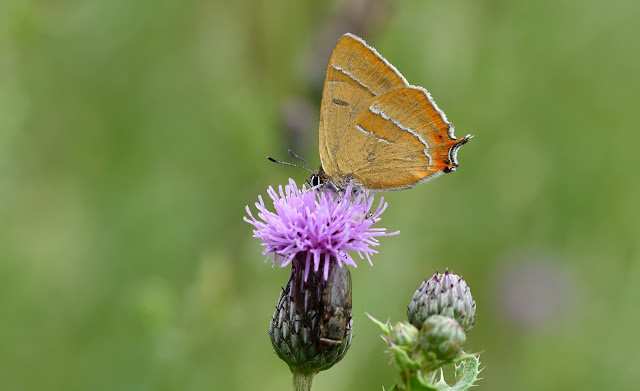 Male Brown Hairstreak on Creeping Thistle. (Even the fly on the thistle was sheltering from the weather). 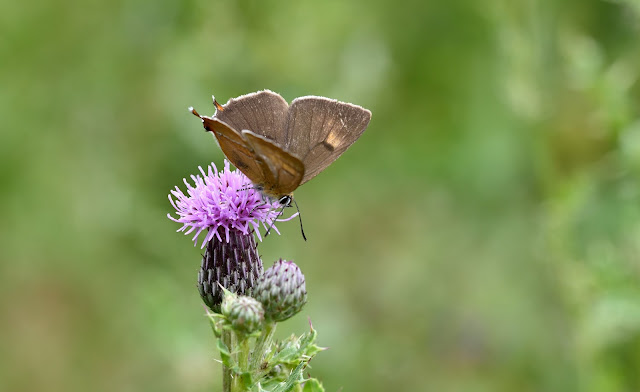 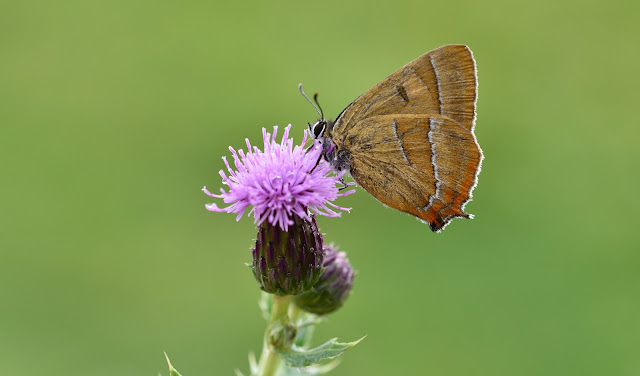 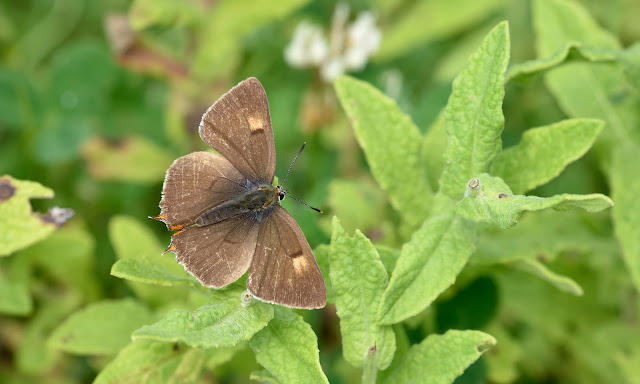 Once the sun had come out Meadow Browns and Gatekeepers were everywhere and James also spotted a mating pair of Small Heath. We even saw a female Purple Emperor that didn't seem to be in too bad condition. 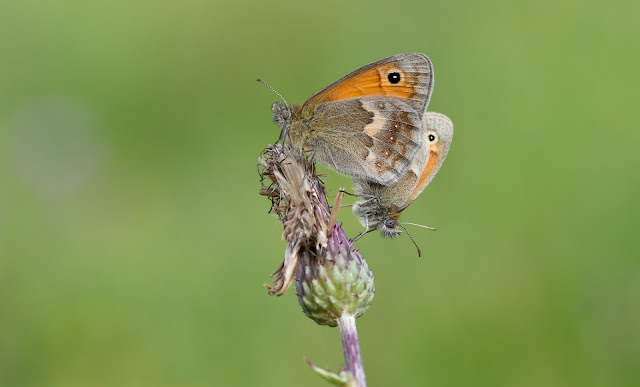 Posted by Bob Eade. at 16:59
Email ThisBlogThis!Share to TwitterShare to FacebookShare to Pinterest