The Brown Hairstreak season already seems to be past its peak. This very elusive butterfly is one of those that we all want to see every year. This year the males were much more prolific than usual, see my earlier post, the females are generally seen as they descend from high to lay their eggs on Blackthorn. This year I had a trip out with Paul, intending to try a site he has seen them on a few occasions. However, as Paul had a bad foot and didn't want to walk too far we started off at another site where we could park very near to where the butterflies had been seen. After just 5 minutes a stunning, fresh female was spotted and although it soon flew off another butterfly was seen soon after nearby. With this early success we decided we may as well stay at this site. After a little wandering about the original Brown Hairstreak was spotted again and this time she stayed in the area low in the vegetation. Eventually a few shots were managed as she nectared low down on the Creeping Thistle. She was also seen on a ripe Blackberry feeding. 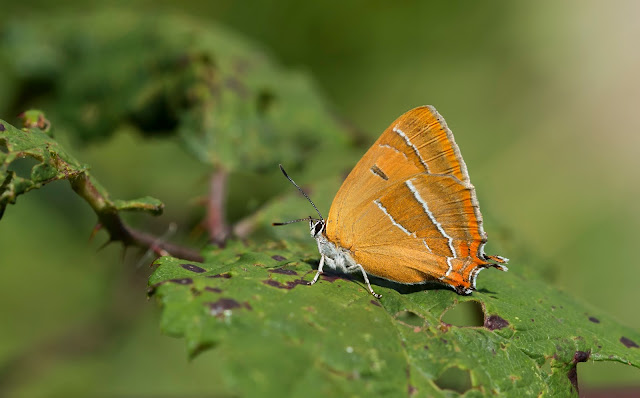 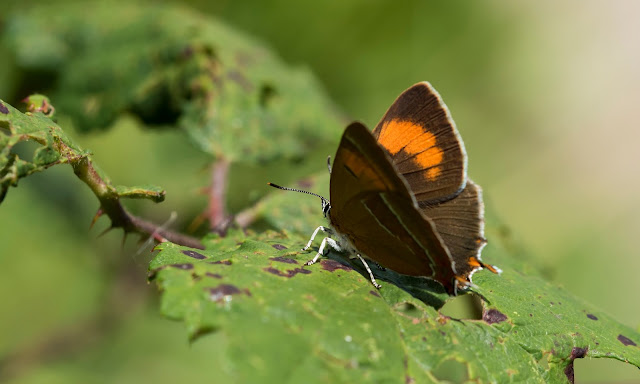 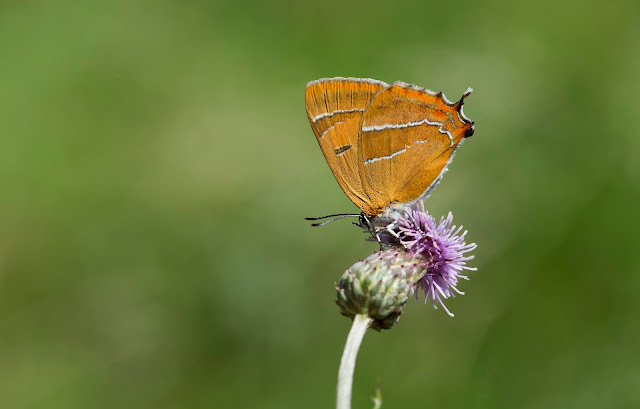 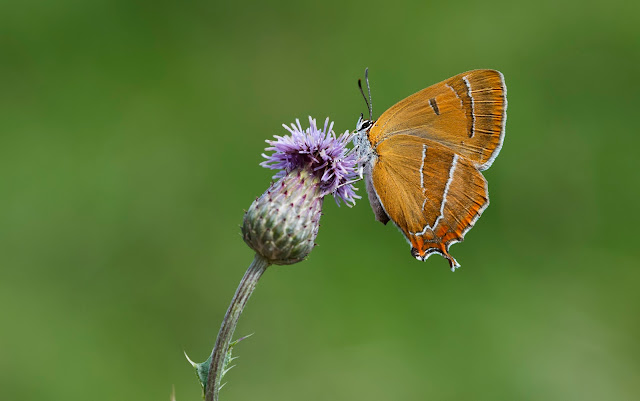 Not long before leaving I spotted a Buff Tip larva. These lovely larva are often seen in groups but as this one was on its own it was probably close to pupating. 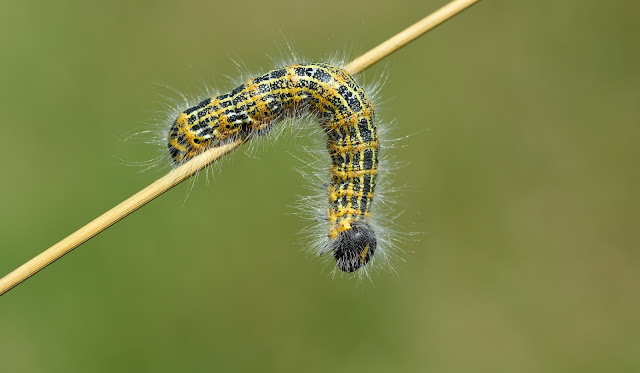