The past two days I have spent searching for the Nationally rare Wart-biter Cricket and both days I've failed to see them!! However, all was not lost as both walks produced other interesting sightings. There are currently many birds migrating South with several Whinchat, Wheatear and Yellow Wagtails as well as a single Common Redstart seen. The wagtails as usual were feeding among the cattle, but as is often the case they were wary of me and my camera!! 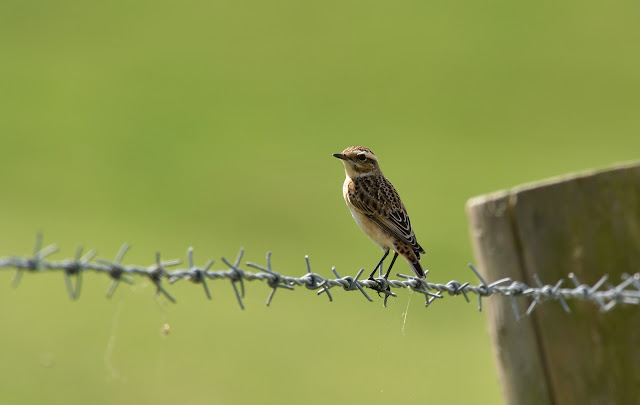 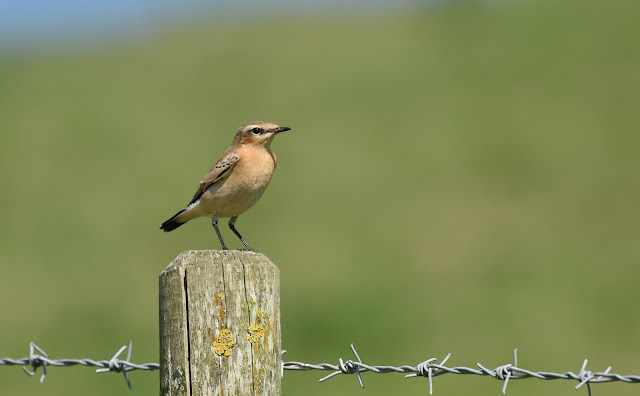 The number of Adonis Blue were also impressive with many very fresh individuals seen as well as an impressive female aberrant form. 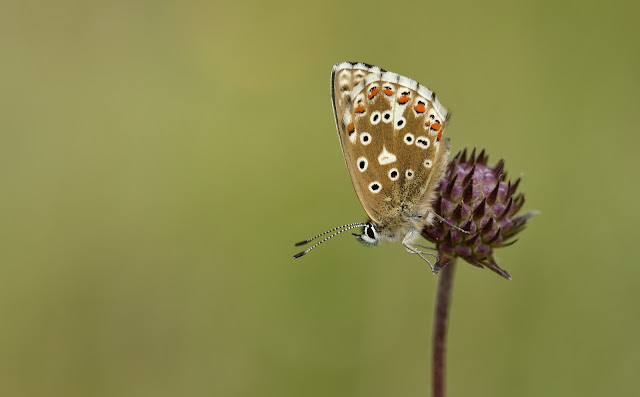 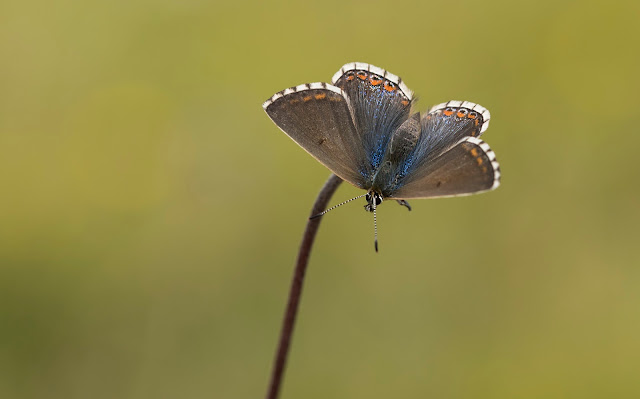 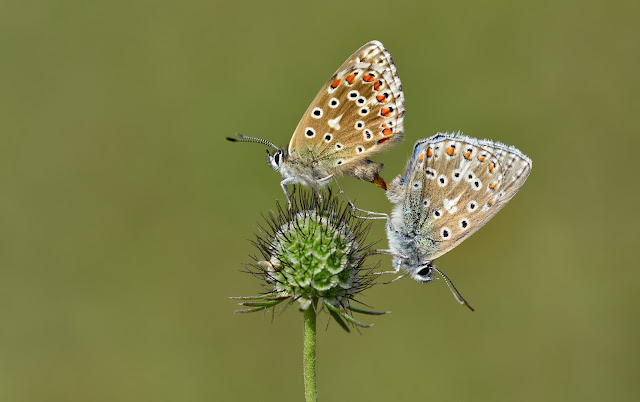 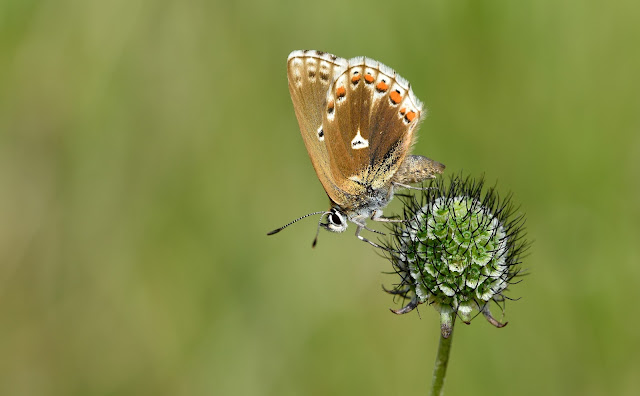 With the weather being quite warm there were large numbers of Green-veined White and Small White taking moisture and minerals from the odd muddy puddle. 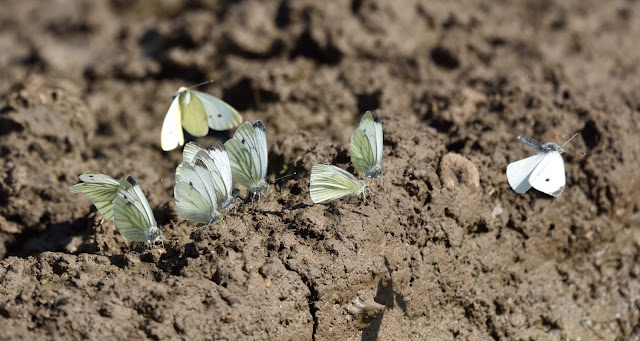 There were also many Autumn Ladies Tresses showing in the area including this particularly smart plant. 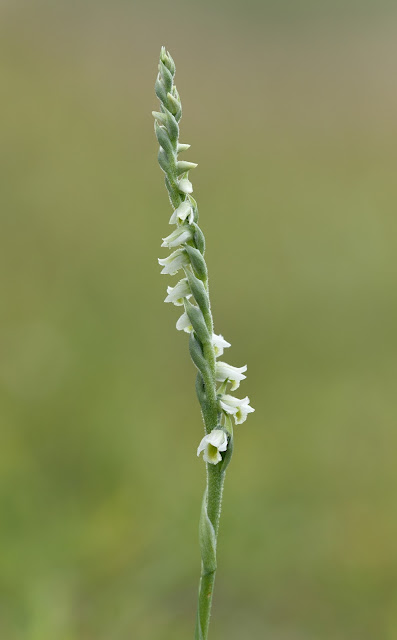 Posted by Bob Eade. at 18:59
Email ThisBlogThis!Share to TwitterShare to FacebookShare to Pinterest