When I was a lad and getting interested in butterflies there was one butterfly that I would look at in the books and assume that as it was so rare and so far away from home that there would never be any chance of ever seeing them. I have now made the trip to the area around Huntingdon 5 times, having seen them each time, but as yet, not managing a photo that I am pleased with. This time I was to be going to a different wood, having met Phil and Rosalyn when I was at Strumpshaw, watching the Swallowtails. They very kindly offered to show me around Monks Wood, probably the most famous Black Hairstreak wood in the Country. In the Black Hairstreak season Phil and Rosalyn are in the wood just about every day, so they know the wood like the back of their hands. Unfortunately, due to the weather the previous week I had to wait longer than I wanted. This butterfly has an extremely short flight season and they soon get wing damage. As we entered the wood on Sunday it wasn't long before we were watching good numbers of male Black Hairstreaks, but all of them were visibly marked, as well as keeping a bit too high in the bushes. Eventually a better quality female appeared and was seen feeding on Honeydew high up on Aspen leaves. With the telephoto I managed a few shots, but these were not as good as I was hoping for. Fortunately Phil spotted another female at chest height resting on the Blackthorn and she stayed in a good position long enough for us all to get a few shots of her before she flew into the bush and proceeded to look for egg laying areas. After so many hours spent over several visits in previous years it was a relief to actually have a couple of shots that I can be pleased with.

Many, many thanks to Phil and Rosalyn for their kindness and patience in helping me to get these shots. A day I will never forget. 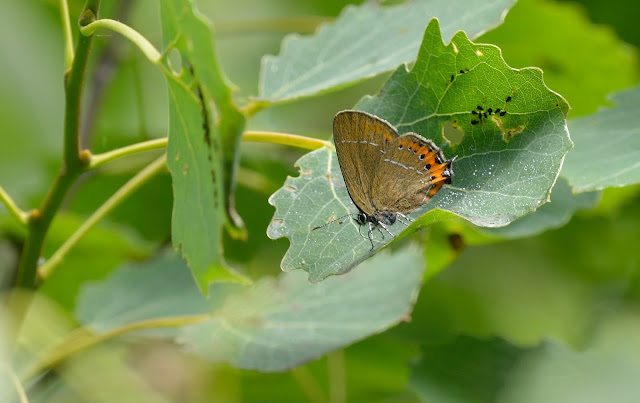 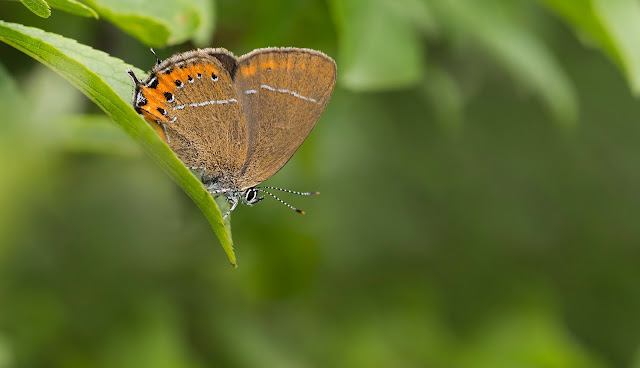 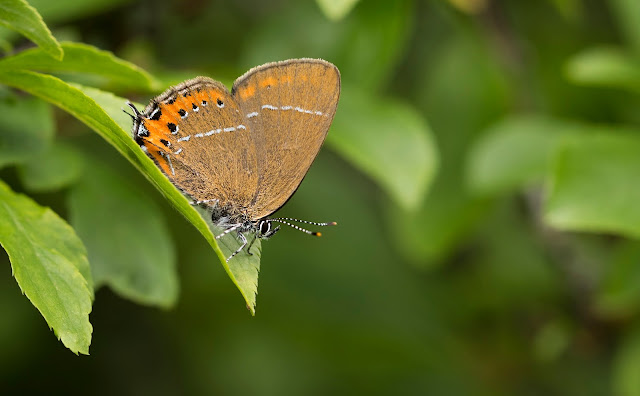 Last night on Springwatch I was pleased to see that for the 2nd time this series they used one of my photos. This time it was the Brown Argus that I took earlier this year on my local patch. 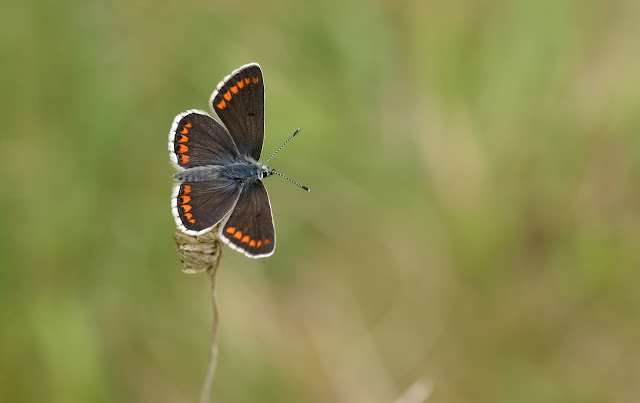 Posted by Bob Eade. at 16:57
Email ThisBlogThis!Share to TwitterShare to FacebookShare to Pinterest