With the Marbled White season up and running, I was keen to try and find some early morning butterflies at the back of Seaford. With the butterflies only being a couple of days old, at worse, they were also going to be pretty fresh. Of course, this early in the season there are not many flying yet so there was no guarantee I was going to find any. Especially as I had cased the joint the evening before and hadn't found any roosting Marbled White. I had seen a few rather nice Red Admiral though basking in the late evening sun.
The early start however did pay off as it was only a few minutes before I had found a very fresh, newly emerged Marbled White on Agrimony. I managed a few shots from both sides of him, with the ones looking towards the sun giving a different shot, almost all Black and white except the Agrimony. As the sun soon strengthened he soon opened his wings and flew away. By 6.30 a few more Marbled Whites were already on the wing in the gentle breeze. I also enjoyed watching a family of Fox cubs and vixen playing. 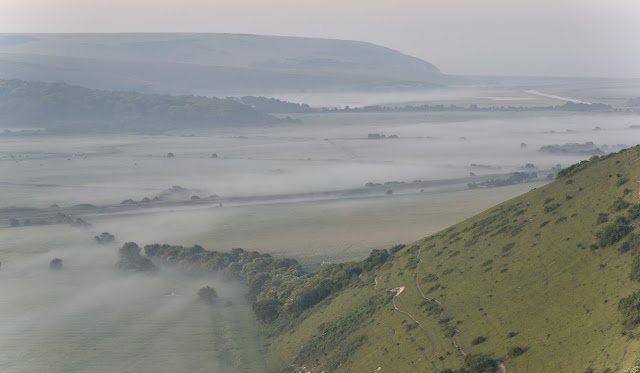 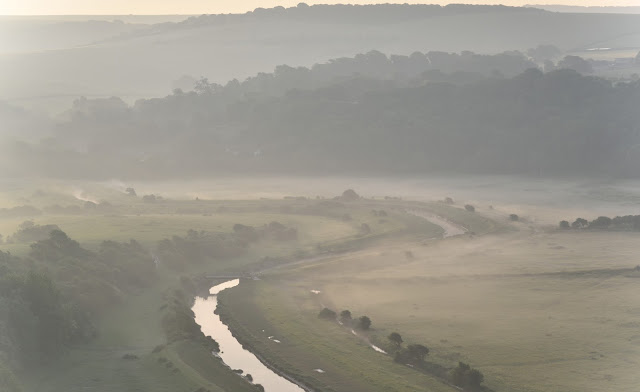 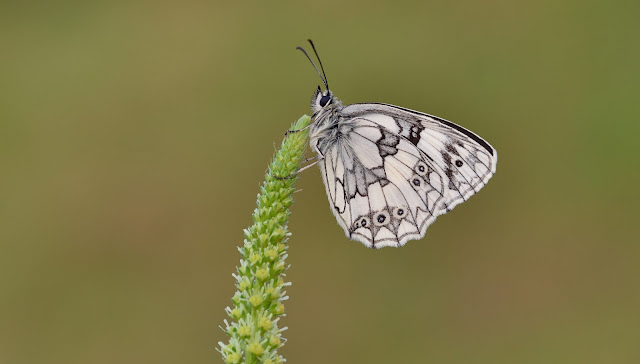 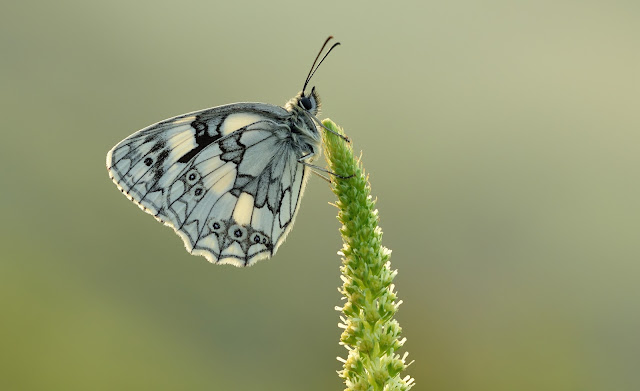 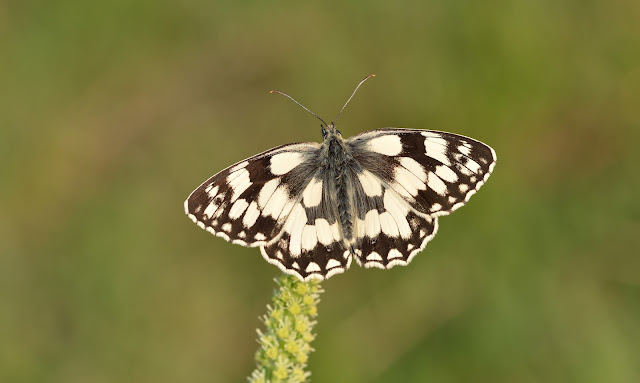 In the afternoon I was busy with a butterfly survey with several great butterflies seen including White Admiral, Silver-washed Fritillaries and Purple Hairstreak. One of the hairstreaks was found on the ground where it had emerged. Unfortunately, the wings were de-formed, and despite hoping the wings would strengthen and straighten, unfortunately they stayed that way. A very nice Beautiful Demoiselle male was also seen along with around 250 Meadow Brown!! 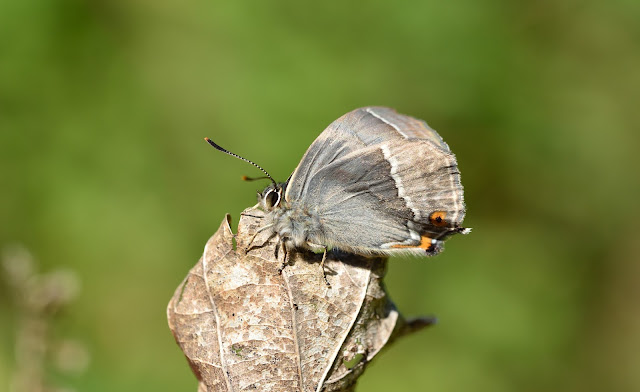 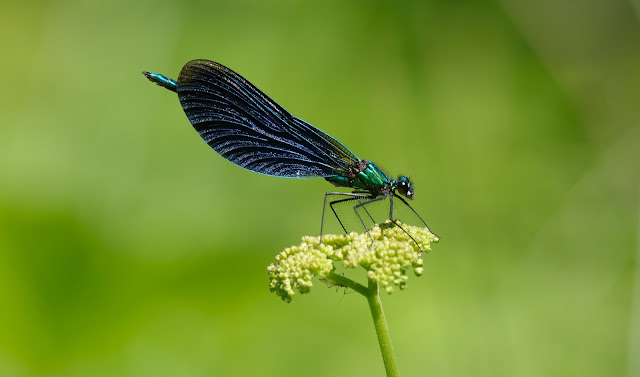 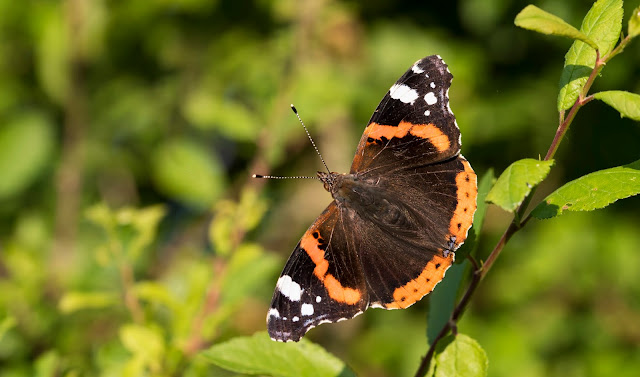