Having seen several Brown Argus going to roost on Thursday, just before the heavy rainstorm I decided to have another go on Friday as there was some late afternoon sunshine forecast. I arrived early afternoon to the area, having seen en route my first Hummingbird Hawk Moth of the year that nectared just by me briefly. On arrival at the site it was feeling pretty cool with a stiff breeze and heavy clouds and it wasn't long before I had found a roosting Grizzled Skipper. In the distance I could see the clouds were thinning so I kept close so that I could get some shots of the Skipper as it opened its wings when the sun came out. Every time I looked up blue sky seemed to be getting closer, but it was well over an hour before the weather warmed up enough for the butterfly to wake up. Of course, when eventually it did I was to find there was quite a bit of wing damage, so it was a case of wasted time!! 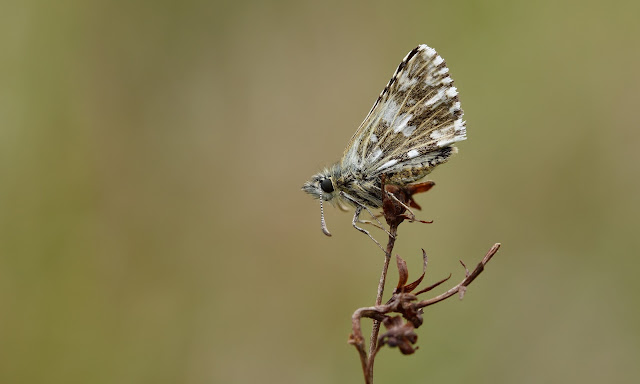 By now the sun had arrived, and the butterflies soon showed themselves including my first Adonis Blue of the year. A Green Hairstreak was also seen briefly. A nest of young black moth larva on one of the bushes that I hope will prove to be Lackey Moth larva. These are superbly coloured larva when they grow so I will keep a good eye on them. Nearby were some nearly fully grown Brown-tail Moth larva. 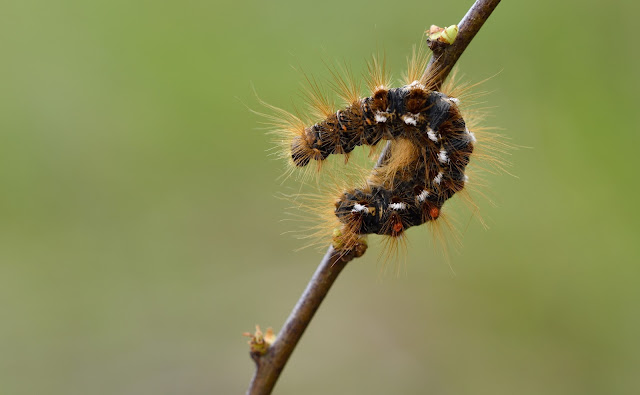 As the afternoon went on quite a few Brown Argus were flying around and it wasn't long before they started to land on the tall grasses preparing to go to roost. Every time the sun came out they would open their wings to get as much heat as possible from the late afternoon sun. This gave some great photographic opportunities with these tiny, but beautiful butterflies. 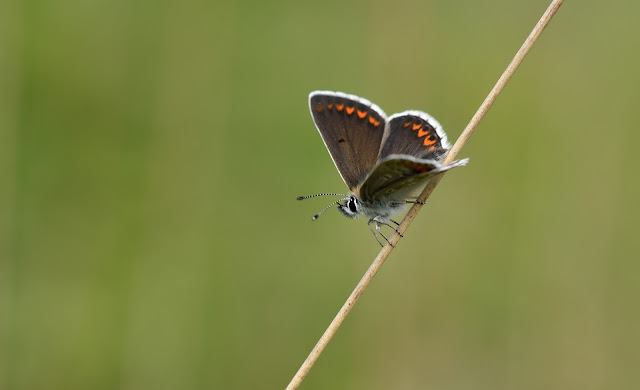 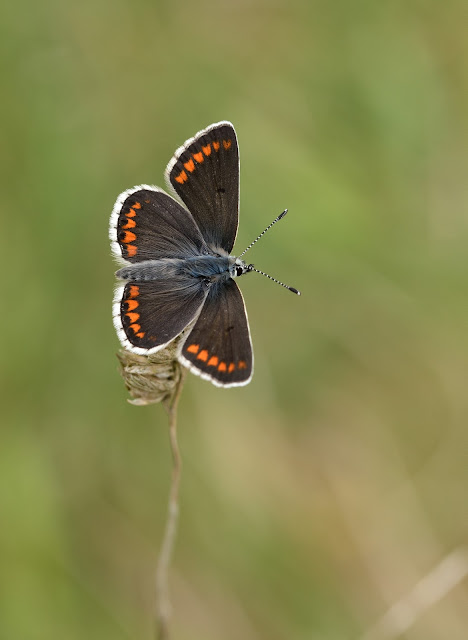 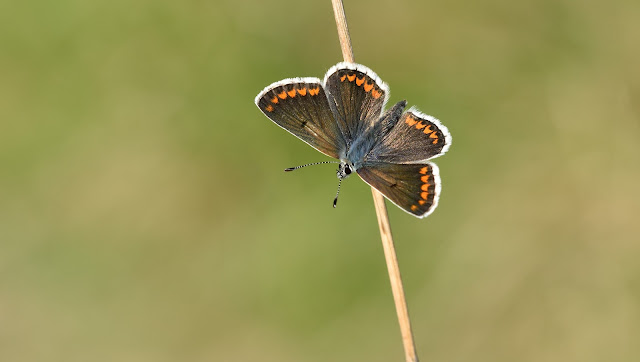 As the evening arrived all the butterflies closed up for the day with the Brown Argus roosting on the grass stems and heads and the Dingy Skippers on seed-heads. 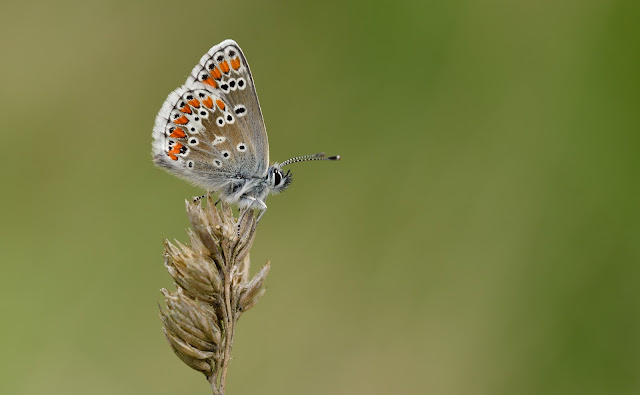 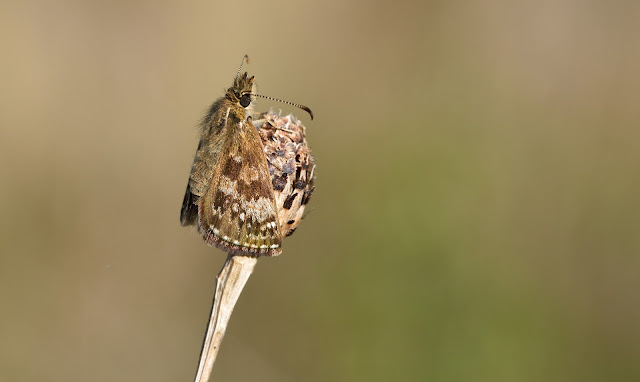