On Thursday I was hoping for a chance to get close to the Beautiful Demoiselle as well as the fabulous Mayflies. I went to my usual river bank but apart from 2 flighty Demoiselles I drew a blank. I then decided to head for the hills to see how the Wall Brown was doing in a different hotspot to my usual site. The weather at this point decided to go downhill so I only saw 6 Wall Brown. However, a big surprise was a Scarce Chaser that flew past and settled in the grass. This was presumably well away from where it had emerged. It did give me the idea though to try another spot on the river and it was here that I had much more luck. Only 1 more Beautiful Demoiselle was seen but at last a few Mayflies appeared. I was following one Mayfly when I suddenly spotted a newly emerged male Hairy Dragonfly on Cow Parsley. 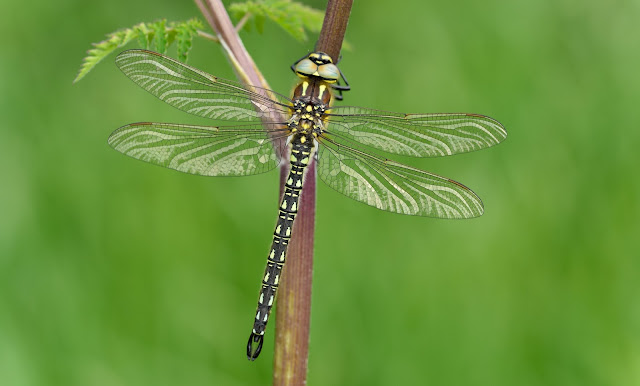 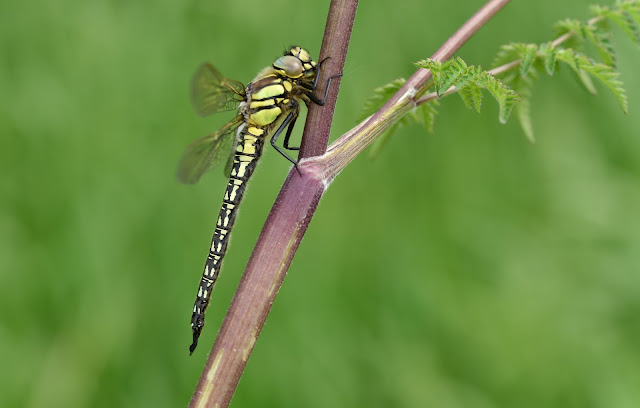 I also eventually photographed 2 different Mayflies. Very difficult in the windy conditions with these delicate insects. 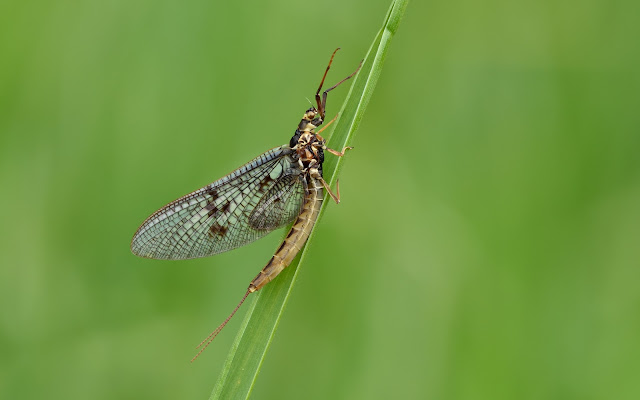 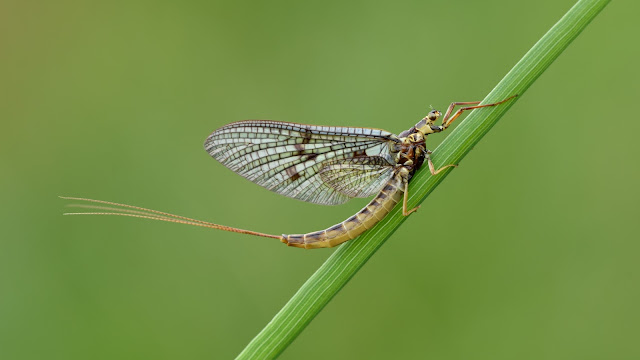 Later in the day I headed out on the patch and was pleased to see my first Common Blues and Brown Argus of the year. Several of each were seen and as the afternoon went on the the heavy clouds built up roosting started early. 5 roosting Dingy Skippers were also spotted. 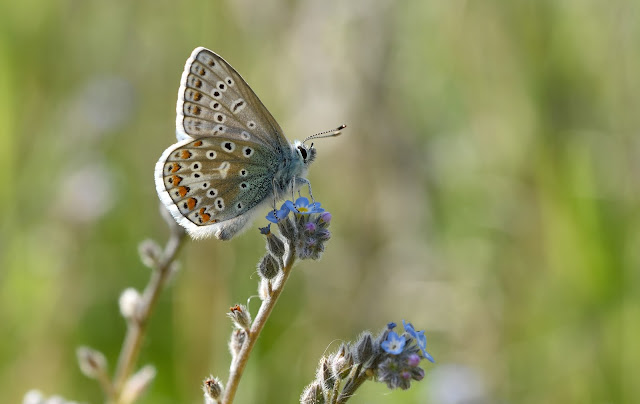 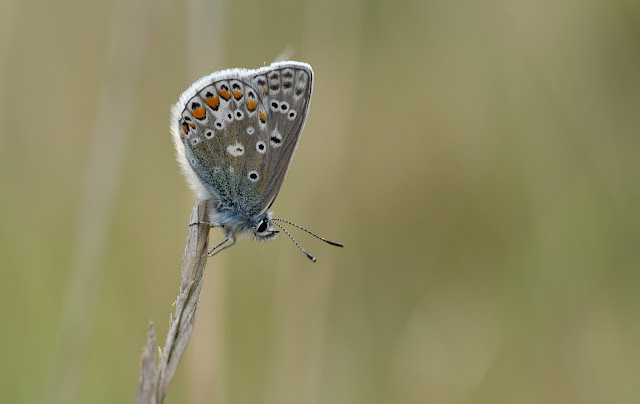 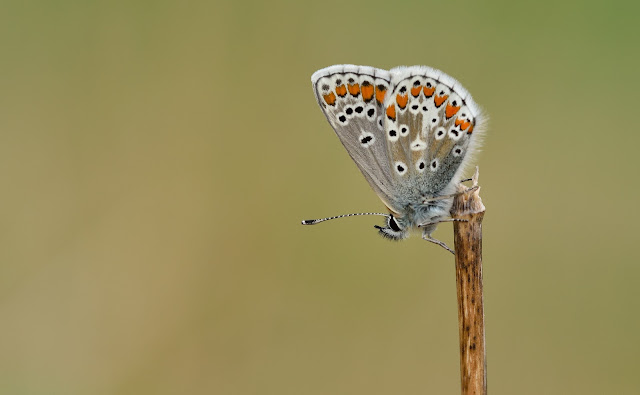 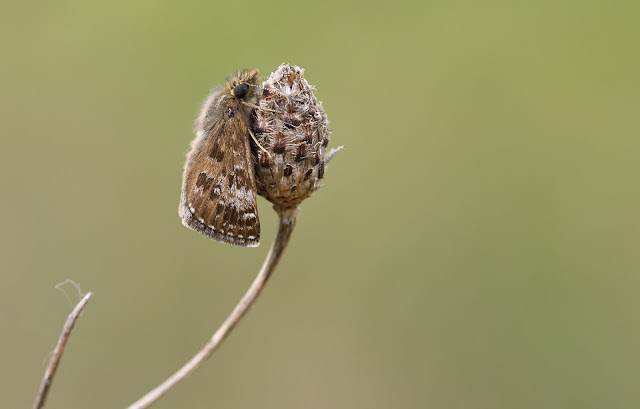 One of the best days so far this year!!