It all Adders Up To Spring.

Following my lucky find of the Black Adder on Friday I decided to head for one of my favourite Downland sites for Adders on Saturday. After parking the car I had already decided I was not going to be lucky as we were suffering from a strong Easterly wind that had a definite chill to it and the walk to the area where the Adders are found was not too pleasant. Therefore it was a very nice surprise to find an Adder basking under the first bush I came too. Nearby in the most reliable bush 2 males were curled up together in a very sunny spot. Fortunately the direction of the wind gave the snakes shelter from the worst of the wind. Following a long walk around the area a further 2 Adders were seen making a total of 5. With the wind blowing so much the snakes didn't feel my presence, I assume because the bushes were vibrating in the wind. 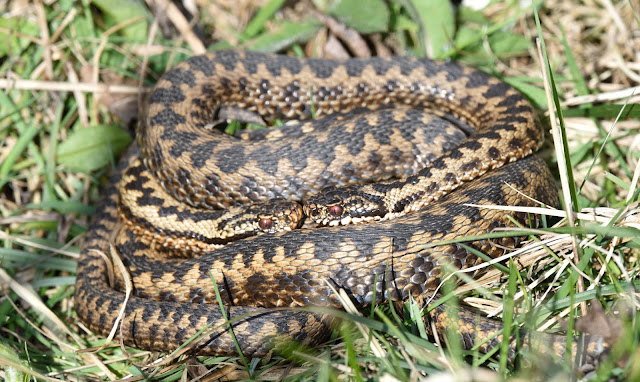 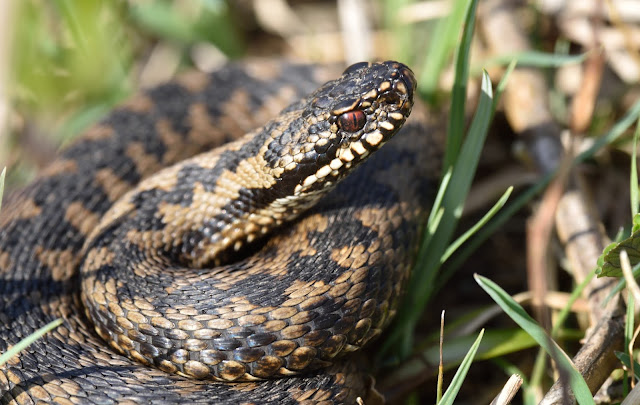 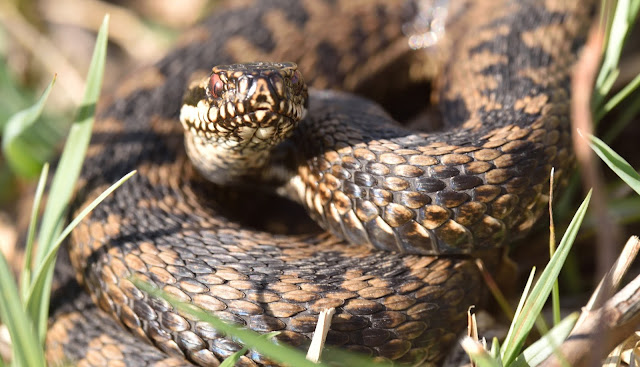 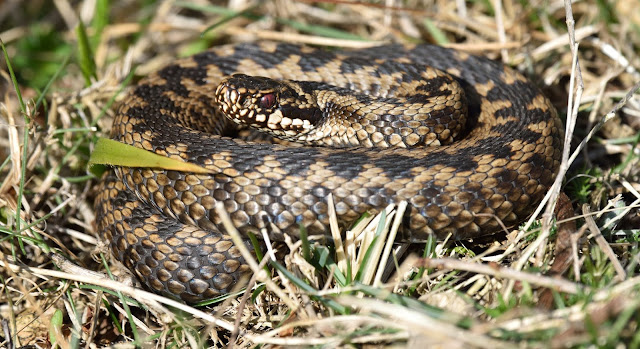 Even the grass was curled up.

Today, Sunday, I walked around my butterfly patch to see if I could find any Speckled Wood. Unfortunately all I saw were the usual Peacocks, Small Tortoiseshell, Brimstones and Commas. However, one Comma I came across was ovapositing and as I watched her I saw her leave an egg behind on a Stinging Nettle. The egg was shining in the light until I moved closer when I lost it to view, not helped by the fact that I was also hoping to get a photo of the Comma laying more eggs. When the butterfly had moved away I hunted for the egg again and I spotted it again by going to where I had originally had the light shining off it. I then tried to photograph the egg by carefully holding the nettle with one hand and taking the picture on full magnification. Apart from a tingly thumb I was quite pleased with the result. A fabulous looking egg too. 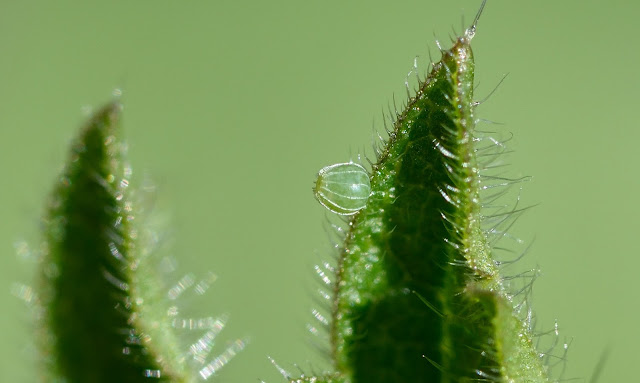