An Emperor Meets His Empress.

On Monday Paul and I went over to a heathland in West Sussex hoping for some close Dartford Warblers to photograph. We did manage some great views with around 6 birds seen, however, none of them came as close as we were hoping so another visit sometime in the future will hopefully improve on what I managed. Whilst there, we were obviously in a good Emperor Moth area and due to this I had put my pheromone lure in the bag to see if we would attract any male moths. It wasn't long to wait before a male came searching. During the time on the heath we saw another 3 or 4. 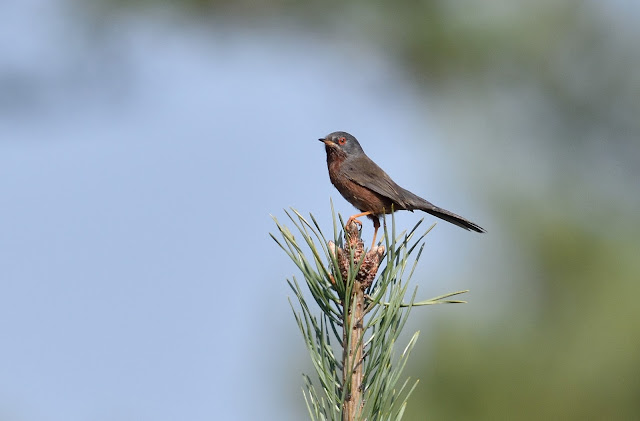 When we arrived back to Paul's he suggested I take a couple of female Emperor Moths that he had hatched out and take them to my patch where I have seen a few of these spectacular moths. The next morning I took the females to the area that I knew the moths were found. Both of the females were virgin moths and they both were sending out pheromones from their pheromone glands. It wasn't long before a male moth had located the females and soon both females had paired up with males. Hopefully both females will survive long enough to lay lots of eggs and in a year or two their offspring will be flying about. The female from 2 years ago that had laid the eggs that these females had come from had laid well over 100 eggs!! 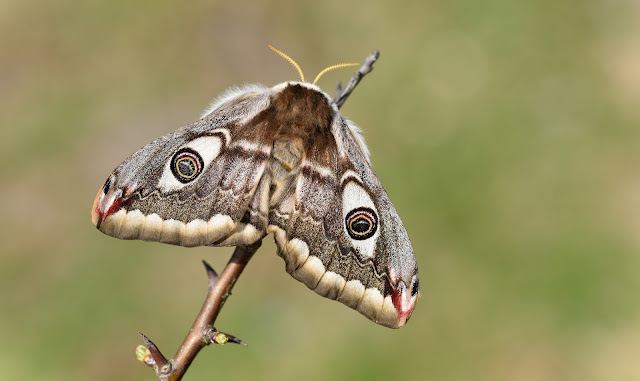 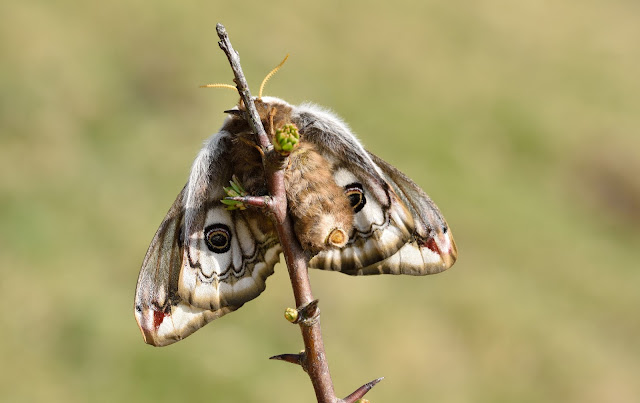 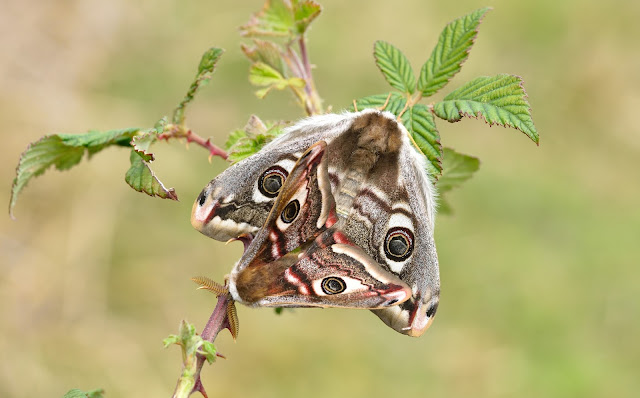 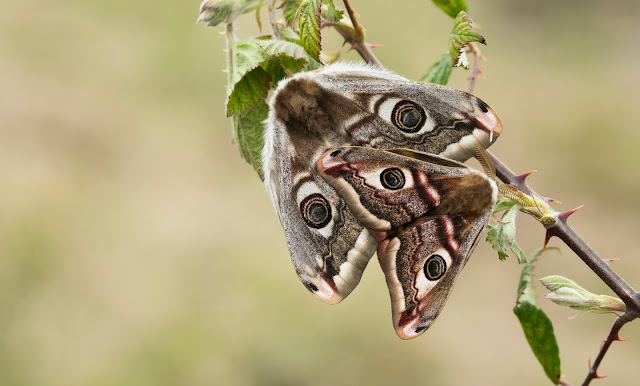 Mating Emperor Moths.
The size difference is very obvious here, also note the feathered antennae that the male uses to pick up the pheromones.

At least 4 male moths were seen in the time we were on site. The females were left still mating in the middle of the bushes where hopefully they will be safe from predation while the eggs mature.