Last Thursday Matt rang to tell me he had re-found the Twite that had been seen a few days earlier in the Cuckmere, this was after several days of hunting this bird that for him would be a Sussex tick. As I had never seen a Twite anywhere before I headed down where the bird was visible straight away. The bird was foraging in thick foliage though and the heavy clouds made it almost impossible to get a photo. It was really good to see this Sussex rarity though so it was well worth the walk down. All I managed were a couple of shots of the Barnacle Geese and the White-fronted Geese apart from an awful effort of the Twite!! 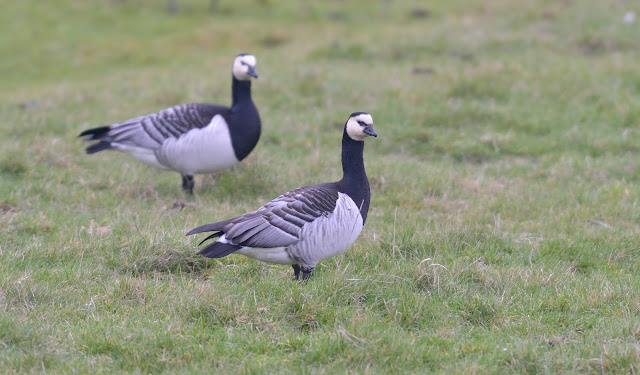 Barnacle Geese in the doom and gloom. 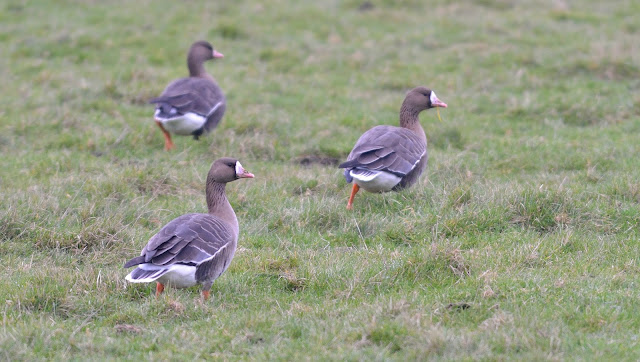 White-fronted Geese in the doom and gloom.

With the Twite still being around as well as the promise of sunshine today I headed down again this morning, although due to oversleeping a little later than I intended. The bird had been seen by 3 birders briefly before it flew to another area!! After a short time I gave up as a really brisk wind was blowing. When I arrived back at the car I realised I had had another senior moment and left my rucksack behind so it was then a long trudge back to get it. On the way back 2 of the White-fronted Geese were showing a bit better in the sunshine so I did at least make use of the extra walk!! 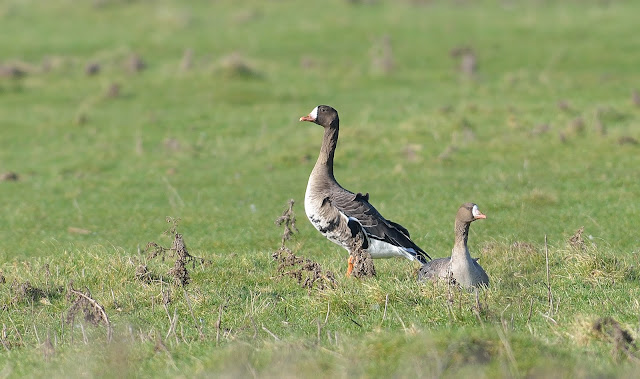 White-fronted Geese in the sunshine. 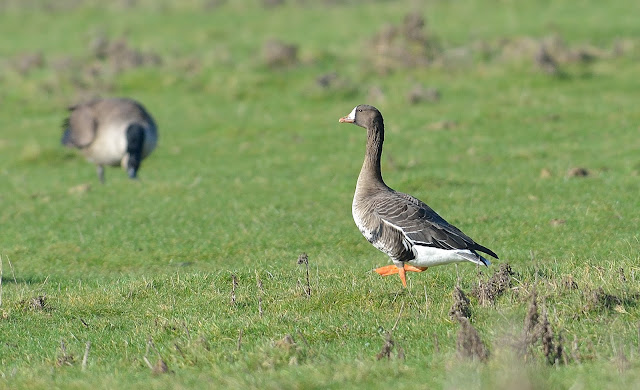 Maybe one more attempt at the Twite soon.

After arriving back home I saw a Red Admiral flying around the Close, a bit brave in the cold strong wind. My first butterfly sighting of the year!!