On Monday I had a call from Matt telling me that the beautiful male Serin had re-appeared at Tide Mills. This was quite a surprise as it hadn't been seen at all since the last sighting just before the new year. When he called I was on the way up to London and with other plans earlier in the week I wasn't able to get to Tide Mills until Thursday. Having seen a few shots taken on Wednesday it was clear that the bird was a bit more approachable than it was in December. It was now just a waiting game, as it was most of the time hidden in the undergrowth as it fed on seeds. Every now and then it would fly up and a few times it landed on the crumbling walls. It certainly was a delight as this tiny bird suddenly appeared and once landed on the nearest part of the wall allowing a chance of improving the shots from December. Presuming it had been there all along staying hidden in the foliage whenever anyone had been looking it has now been around a month since the first report. 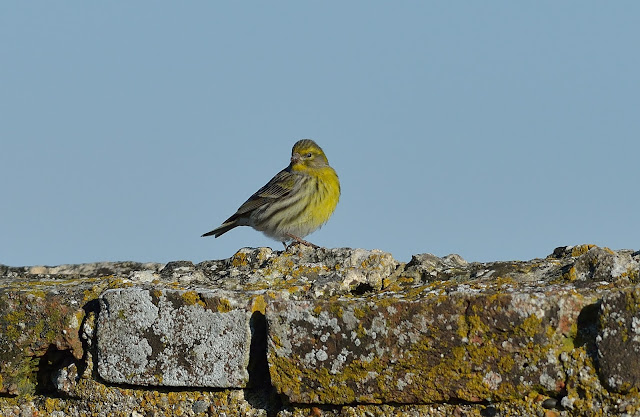 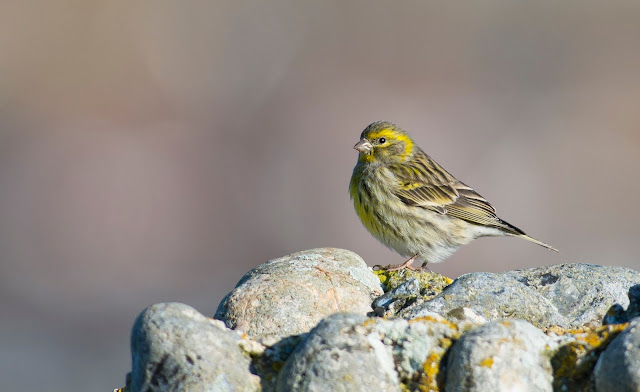