Bittern In The Bed.

On a fabulous cold winter day it was another trip over to the Dungeness area, this time with Phil Winter, where I was hoping to show him some of the special birds that are found there. All the birds we were hoping to find though decided to have a day off and we were thinking that maybe we should have gone Waxwing hunting instead. As we were beginning to get really cold and thinking that we should just give up, the highlight of the day showed up, with a magnificent Bittern suddenly appearing in the reedbed and walking about in front of us. It was a shame that some of the seed-heads were between us which made it very difficult to get a clean shot, but despite this these were my best efforts so far of these secretive birds. 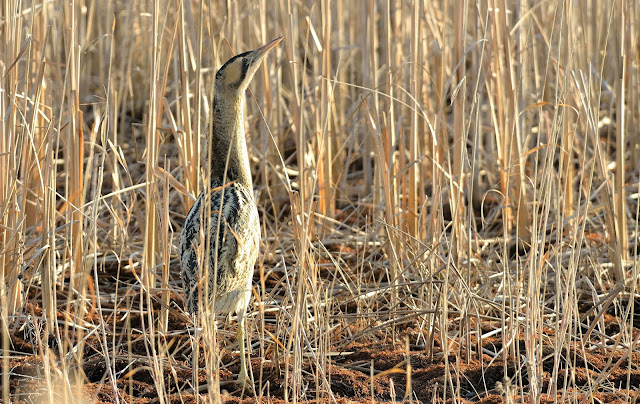 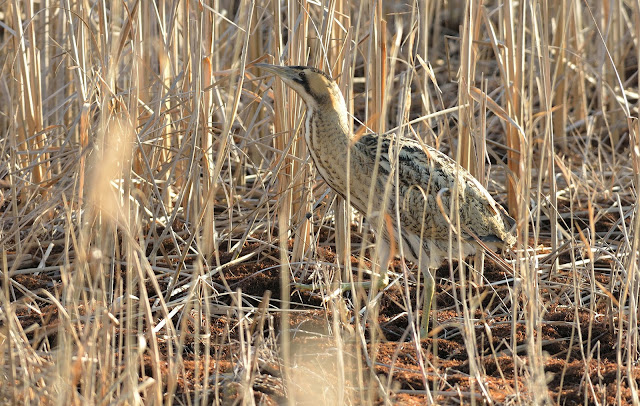 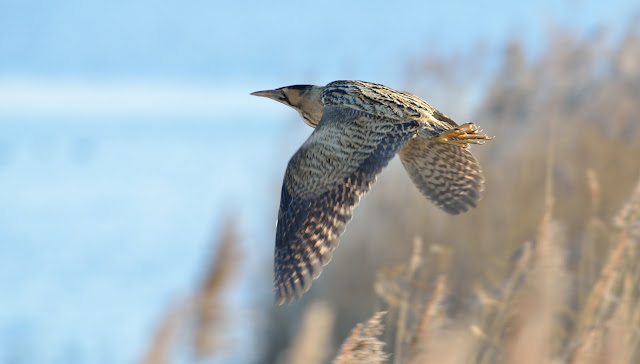