I wouldn't normally put up images of captive animals, but I have decided that in this instance I will make an exception. This is mainly due to the fact that the subject, the Harvest Mouse, is almost impossible to see in the wild, let alone photograph them. I called round a friends house as he was doing what I hoped was a small fix to the computer and he suggested that I bring the camera and take a few pictures of his Harvest Mice. As it happened the computer was a slightly bigger problem, but that is another story!!
Like most people, I have never seen a Harvest Mouse in the wild. They are very elusive and mainly active at night when Kestrels are sleeping. Mind you, they still have plenty of Owls to worry about as well as habitat destruction. A beautiful little species and wonderful to see them climbing up grasses and other plants. 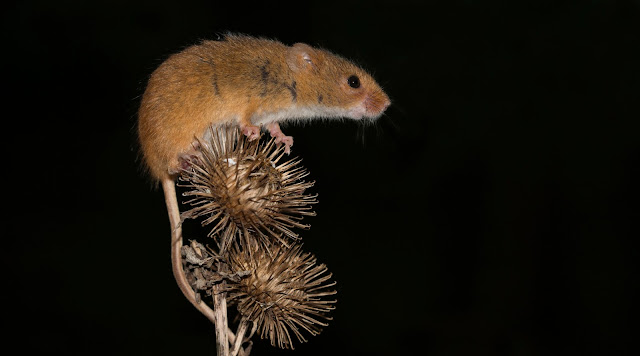 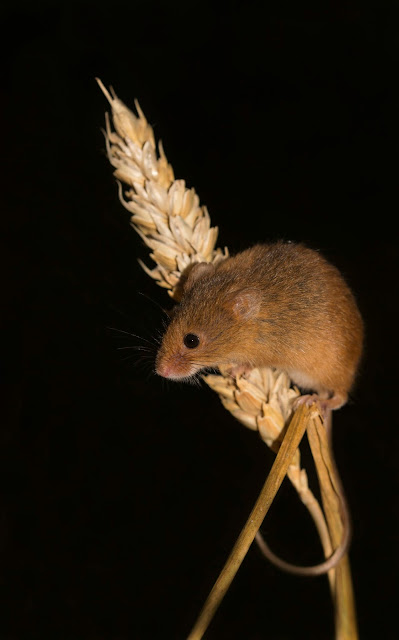 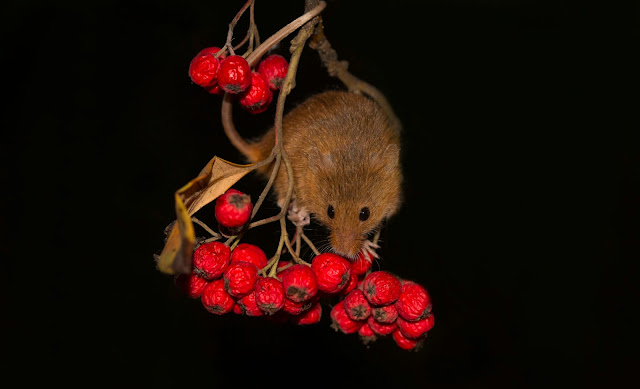