Despite the grey gloomy conditions that we seem to be experiencing at the moment I suggested to Pete that we have a go at the Newhaven Purple Sandpipers and then head onto one of our local Short-eared Owl sites. The forecast was for the clouds to thin after lunch so there was a good chance of getting some pictures if all went well. The previous day I had tried for the Purple Sandpipers on the pier without any luck so I wasn't totally confident here. On the website though Paul James had seen some showing well about 20 minutes after I had given up!!
Pete is trying out a new lens so even if the Purple Sandpipers were missing there was a very good chance that the Turnstones would be there. As it happened 2 Sandpipers were sitting up top with a group of 5 Turnstone and one of the Sandpipers was willing to sit there for us. Most of the Sandpipers this year seem to prefer being on the lower parts of the pier. This is possibly due to the number of people fishing from the pier this winter. 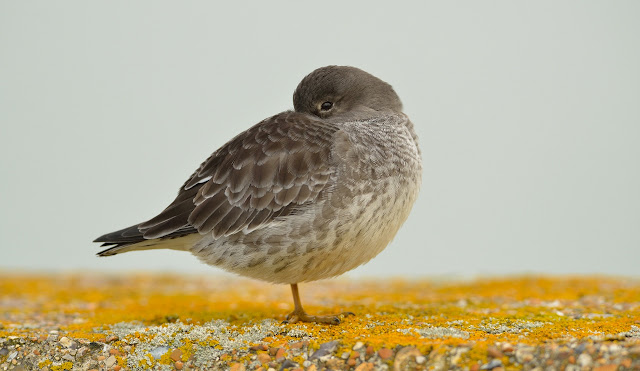 Purple Sandpiper (Keeping a watchful eye on me). 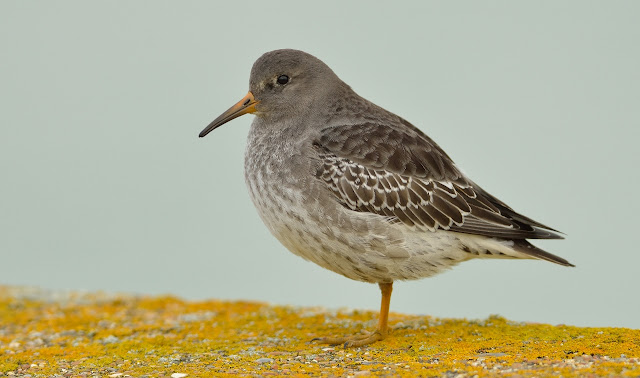 Following this success we headed off for the Short-eared Owls. Arriving much too early, or so we thought, we were just chatting when an Owl flew quite close to us. It soon moved off, but when it turned and headed back we managed to get a few shots of it. Following this all the action was long distance, including one small battle between an Owl and a Kestrel which resulted in a few feathers flying off. Unfortunately the weather remained very dull and gloomy. Just after the sunset however, the clouds lifted. A bit too late!! 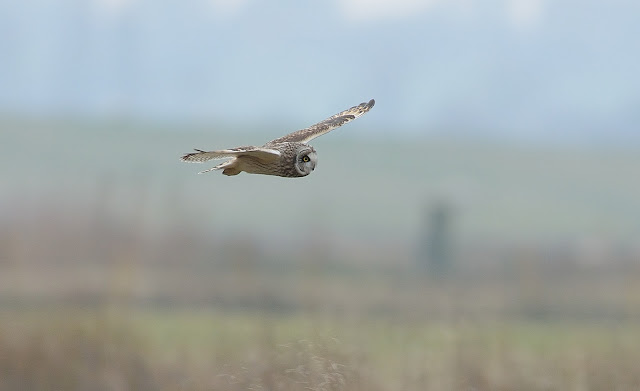 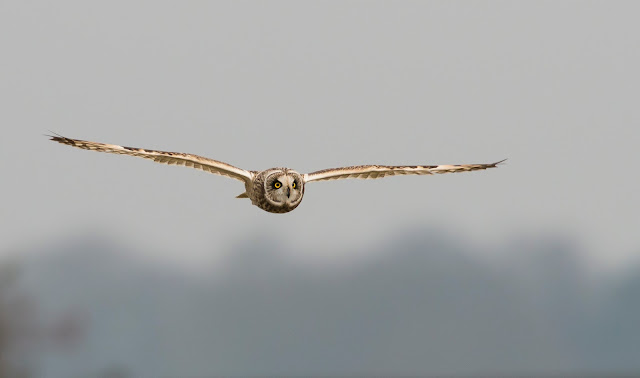 Last night my friend Phil invited Pen over to see those Little Owls that come to his garden. It isn't easy for Pen to do any wildlife watching these days out in the countryside, but being able to sit in the shed in comfort we had a fabulous experience watching both the male and female. The priority was for Pen to see these little gems but it would have been rude not to have taken the camera, so I did take a few shots of the male as he sat on a tree about 15 feet away. Once again a big thanks to Phil for the invite. A great start to the evening. 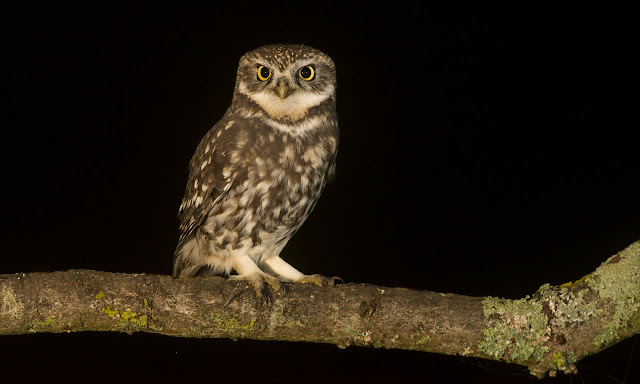 Posted by Bob Eade. at 10:33
Email ThisBlogThis!Share to TwitterShare to FacebookShare to Pinterest