A visit to Tide Mills and Newhaven Pier today to see if any Purple Sandpipers had arrived yet and it was still like a Summers day rather than the 3rd November. Whilst walking along the beach hoping for Snow Bunting I saw a distant scrap between a falcon and a crow. I saw the falcon land in a Buddleia bush near the factories, on looking through the binoculars I saw it had a white mark on the head. I decided to try to get closer to confirm the species. I was very surprised to find that I could get very close to the bird without it flying off. After a while it took off and landed on a factory roof before eventually flying off in the direction of the sea. It turned out to be a juvenile Hobby, a very late record and my closest encounter with one of these beautiful birds. 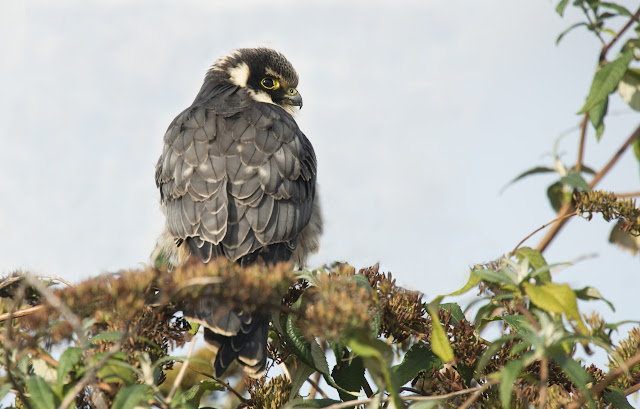 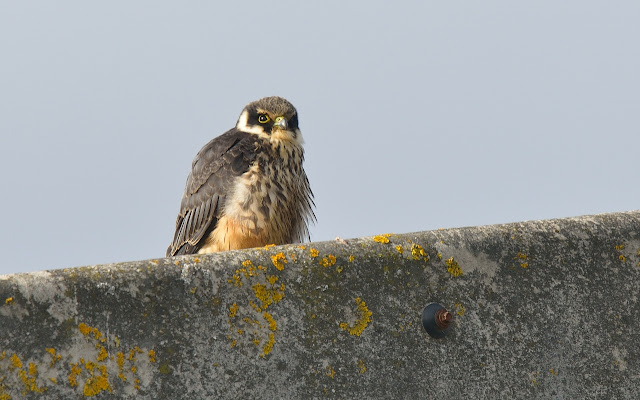 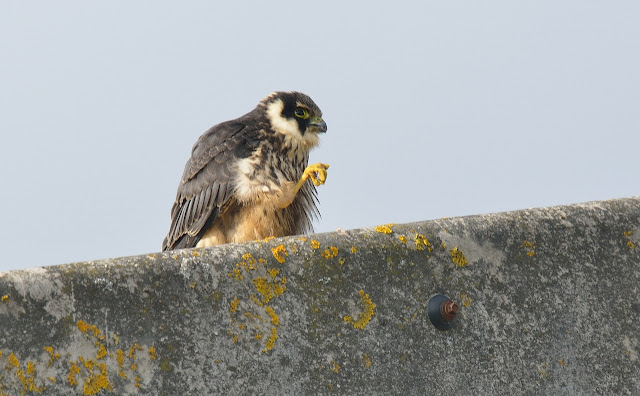 The Hobby just before flying South.

Following this I went back to the seashore where a Turnstone was on the waters edge. I soon saw why as masses of White-bait were being chased by a shoal of Mackerel. Lots of White-bait were being stranded on the beach where the Turnstone was feeding on them. Amazing that there are so many Mackerel still about on 3rd November. I then went on the pier where lots of people were catching so many Mackerel. It was very sad though seeing the Mackerel, many undersized, being chucked in buckets whilst still alive. I tried telling one that he should kill the fish straight away so they didn't suffer, but I couldn't make him understand!! Further along the pier another Turnstone was on the top of the concrete allowing some close photography. Unfortunately I didn't see any Purple Sandpipers.  I suppose with a Hobby and loads of Mackerel it is far too summery for them. 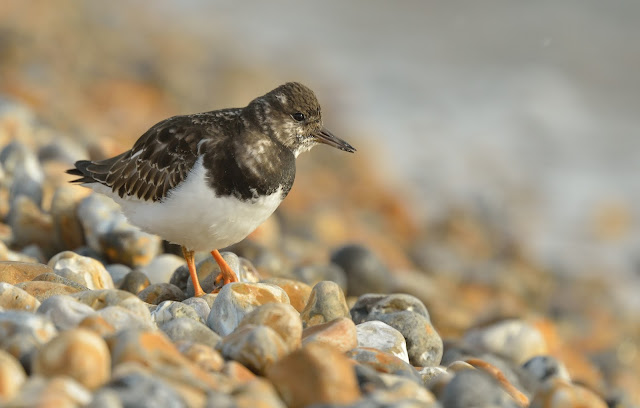 Turnstone looking out for White-bait. 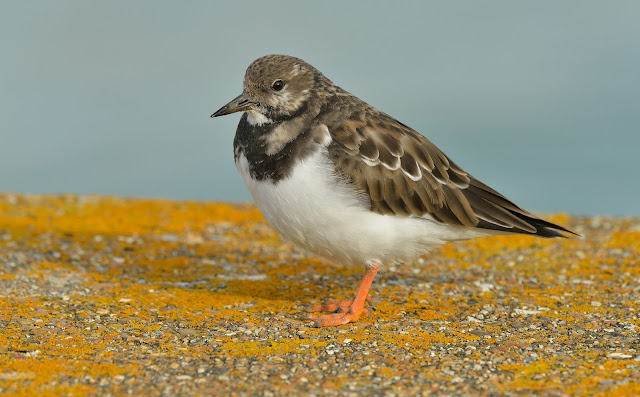 Turnstone on the pier.

Posted by Bob Eade. at 20:18
Email ThisBlogThis!Share to TwitterShare to FacebookShare to Pinterest