By this time of year the butterfly season is often all but over. This year however, there are still numbers of Clouded Yellow of which several are still pretty fresh. Whilst hoping to see some early Purple Sandpipers last week I was in the right place at the right time to see a couple of Clouded Yellows going to roost. Unfortunately the Sandpipers were not here yet. A couple of Small Coppers and a Red Admiral were also seen. 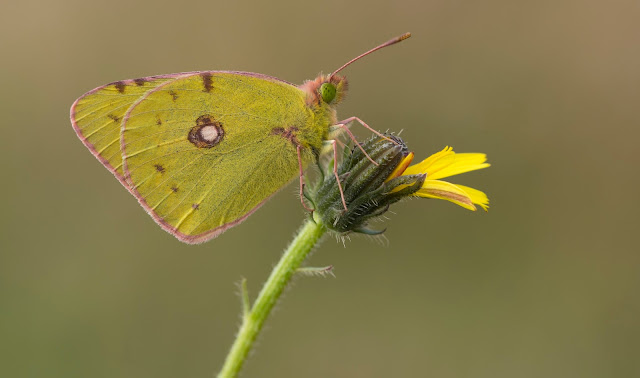 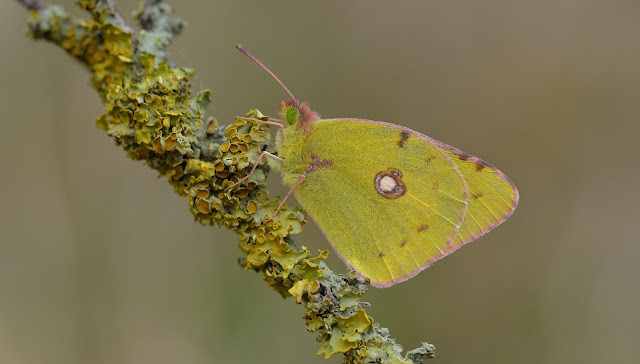 The following day a walk over the Downs from home produced several insects of interest that were all getting autumnal warmth from fence posts. A Long-winged Cone-head was spotted first followed by 2 Dark Bush Crickets. These were followed by 2 young Drinker Moth larva, the 2nd of which adopted its defense pose when I photographed it on some grass. 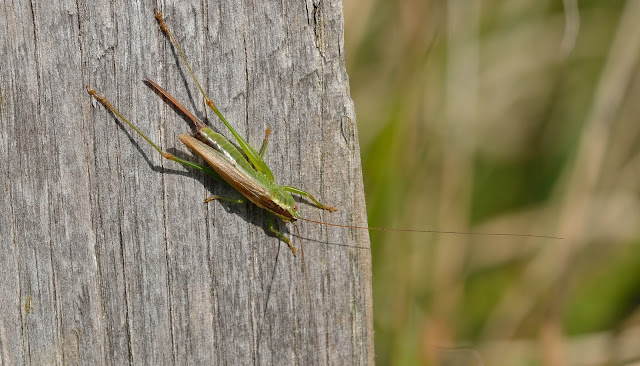 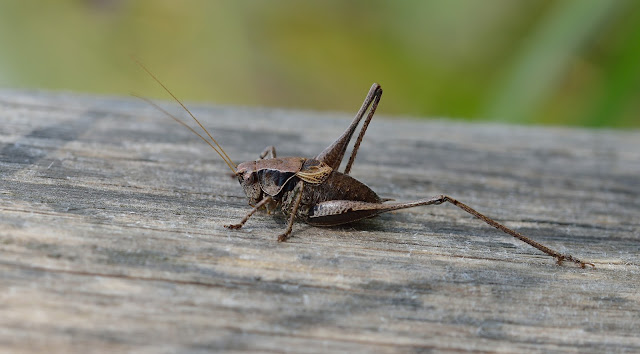 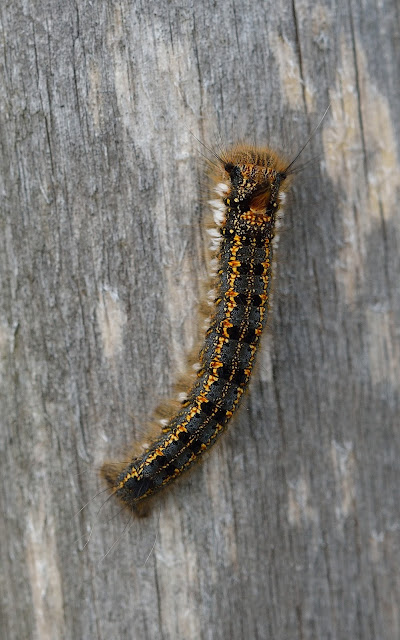 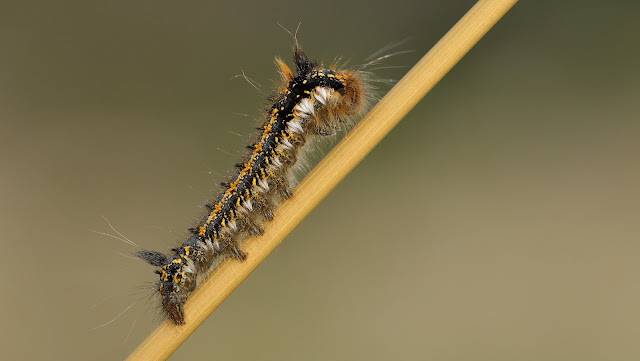 Posted by Bob Eade. at 15:53
Email ThisBlogThis!Share to TwitterShare to FacebookShare to Pinterest