With it being a nice sunny day, as well as being the last mild day for a while, I headed off to Ashdown Forest yesterday. The biggest problem was with it being a Saturday there were quite a few people about, and as I was hoping to see some Deer that was a big problem!!
On arrival it was actually quite cool but it soon warmed up. It was some time before I saw much of interest apart from some good views of Raven and some varieties of fungi. I then came across a pool where I had seen some Raft Spiders in the past and I was quite surprised to see 7 sitting on the vegetation in the pool. This wasn't the very rare Fen Raft Spider that was seen earlier in the week, but the less rare variety. It was just after this I came across a female Southern Hawker flying across the Heather. She was quite worn but during the cloudier moments she did settle allowing good views.
I then stumbled across a Fallow Buck with 3 Doe. They were unsettled as a large group of students were nearby and they moved away. However, I was able to follow them and gradually get closer to them. For the next hour I managed to get nearer as the stag bellowed at another distant stag. I was hoping they would move into some open space but the wind briefly changed direction and they were off!! 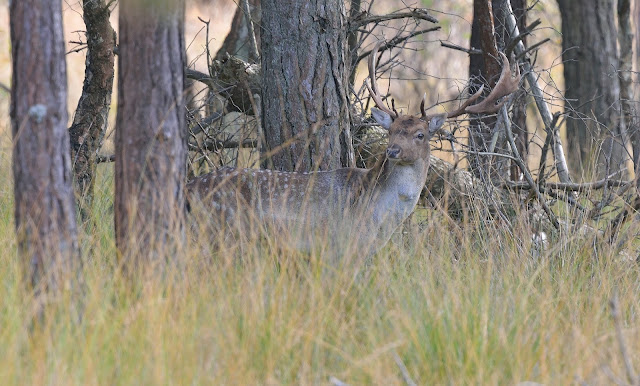 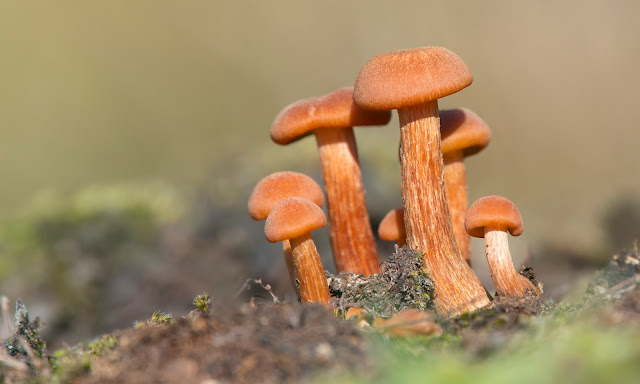 After losing the Deer I strolled down to a small pool where I was surprised to find 2 more Southern Hawkers flying. These were both males and seemed in very good condition considering it was nearly the end of October. One male soon caught an insect in flight and settled to eat it. Whilst eating the insect the sun went behind a heavy cloud and the temperature dropped. By now it was mid afternoon and it was soon too cool for the dragonfly to fly allowing me to get up close for some stunning views and some close-up photographs. When the sun came back out again it took a few minutes before it could fly again. I certainly wasn't expecting to get any photos of dragonflies this late in the season so it was a big bonus. 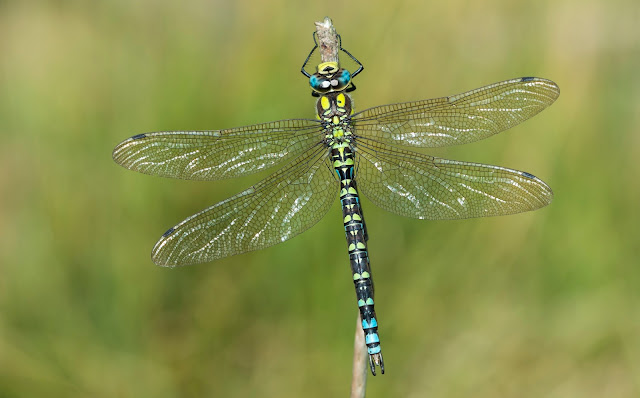 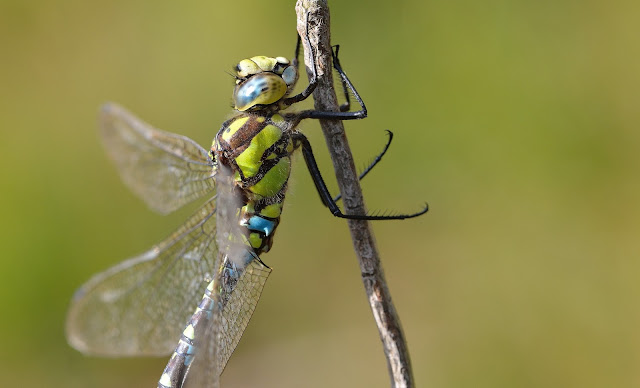 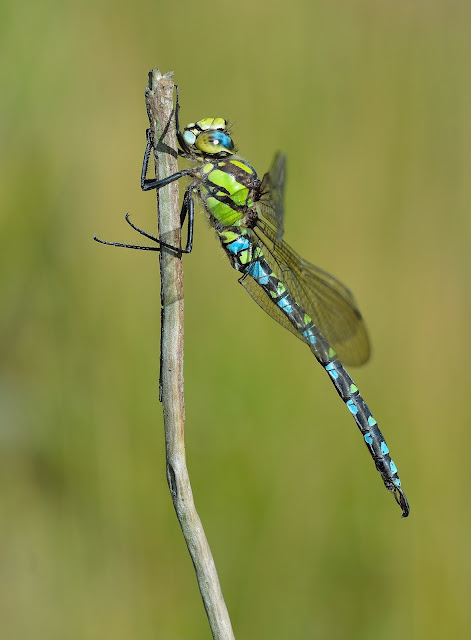 Posted by Bob Eade. at 17:49
Email ThisBlogThis!Share to TwitterShare to FacebookShare to Pinterest