After seeing my first ever Willow Emerald damselflies during our Norfolk short break recently I was tempted to go to a site just into Surrey to see if I could get them a bit closer to home. The first bit of interest was seeing a mating pair of Hornets that had managed to fall in the top lake. I managed to climb out on a fallen tree trunk and rescue them from the water by getting them to crawl on a twig. Unfortunately before I could get the camera to record the event they had flown off. A single Willow Emerald was seen just after this, but the light was pretty poor. After a while we headed for the smaller lake where the lighting was much better. We were almost to the point of giving up when I spotted one high up on a tree. This one wouldn't descend, but a few yards further on we suddenly came to an area where several were flying together, including 2 pairs in tandem. They all stayed well away from the camera so the images here are much more cropped than I would have liked. 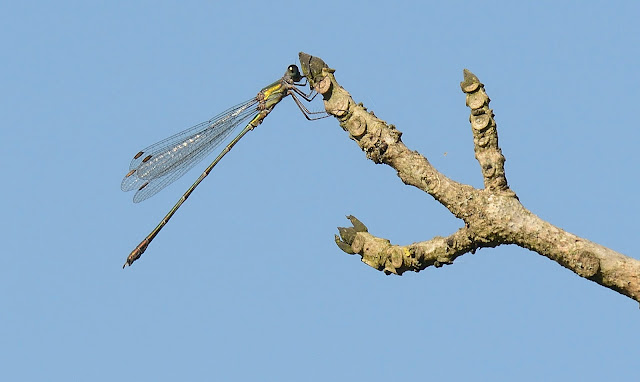 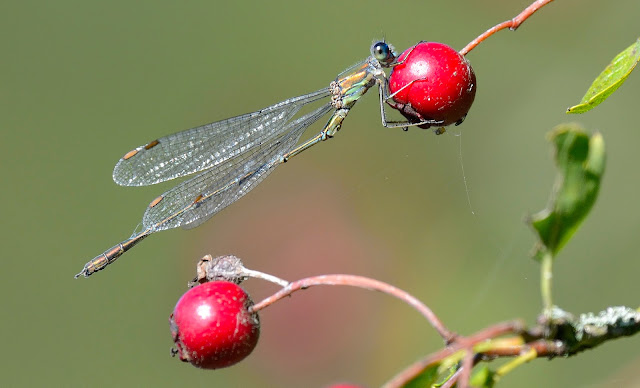 There was also some other odonata interest. 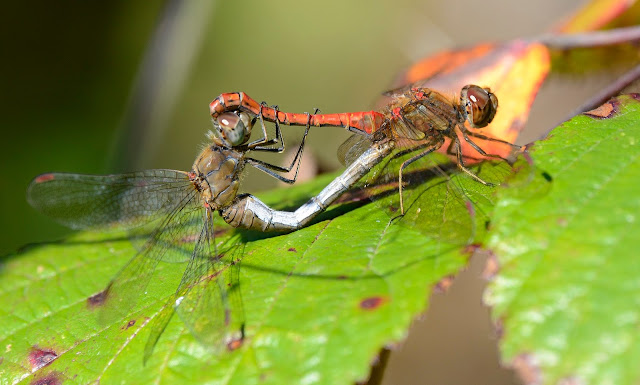 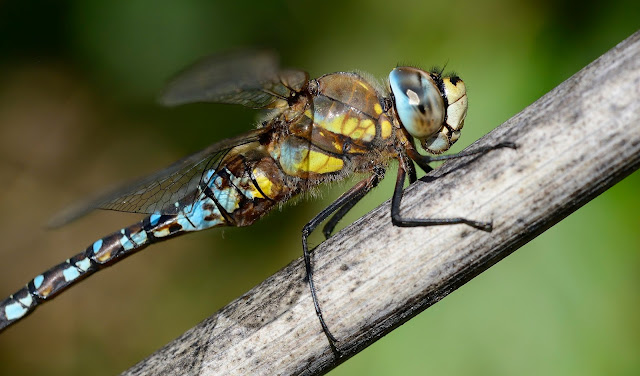 Posted by Bob Eade. at 18:40
Email ThisBlogThis!Share to TwitterShare to FacebookShare to Pinterest