With the early part of the season being poor it is good to see that the end of the season is continuing with some great butterfly sightings. With my Norfolk trip last week clashing with the start of a 3rd brood Wall Brown emergence I was keen to get to my local patch to see if it was a good emergence or just a small number, as is often the case with the 3rd brood. Straight away it was clear that this is a strong emergence with over 20 butterflies seen in quite a small area. Even better was the fact that at least 5 were females, so some serious egg laying will be going on over the next few days and perhaps weeks. 2 years ago was the largest 3rd brood for many years and butterflies were on the wing for over 50 days, in fact that year the 3rd brood went on longer than both the 1st and 2nd brood!! It is obviously too early to see if this will be as big as 2014. Although I don't often try to get Wall Brown photos I did manage some shots of a nectaring female. Strangely Wall Brown don't generally nectar too much but the 3rd brood do seem more prone to it, maybe they feel their life is going to be a bit short this late in the season so they try to fit it all in quickly. 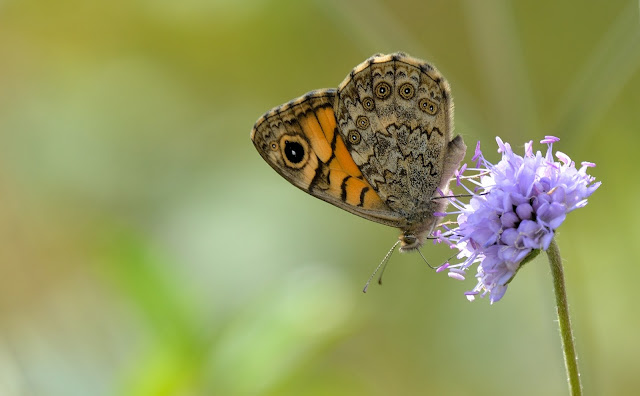 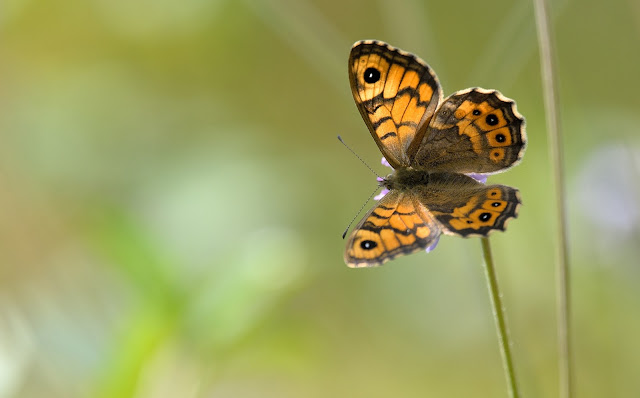 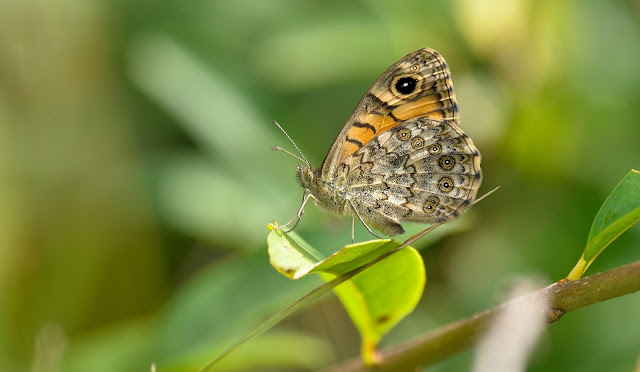 It was also good to see 3 Small Copper, a couple of late Meadow Brown and 4 Clouded Yellow including a very smart helice form. A very late Peacock was a surprise as most of these should be hibernating by now. Red Admirals were numerous on the Ivy flowers.
On the way back to the carpark a Robin performed for me as it dropped into foliage but kept watching me above the leaf line. 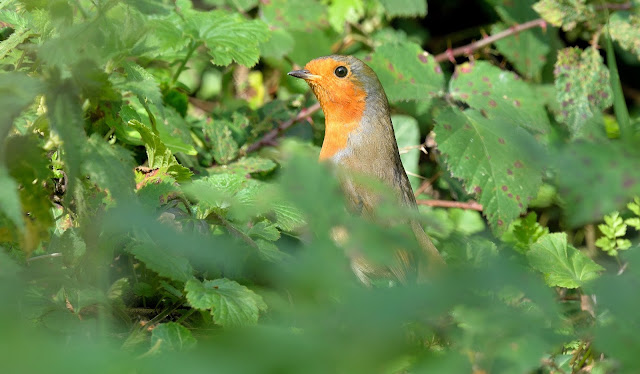 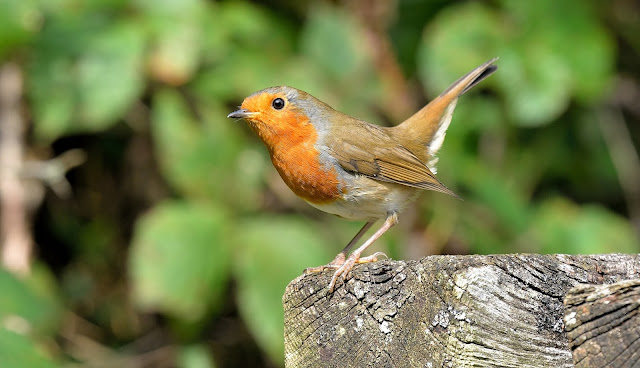