It's unusual for me to keep many shots of one subject, but the juvenile Red-backed Shrike was a bit special. It was great being the first photographer to have a go at the bird and it was so confiding with it flying and landing very near several times. James was also there but he only had a macro lens, which he managed to get some good shots with, but he also borrowed my telephoto for some closer shots. Since then it has apparently been quite busy with others at the site enjoying the spectacle of this beauty. A few more shots of that original session follows, it has been quite hard deciding which are my favourite shots!! 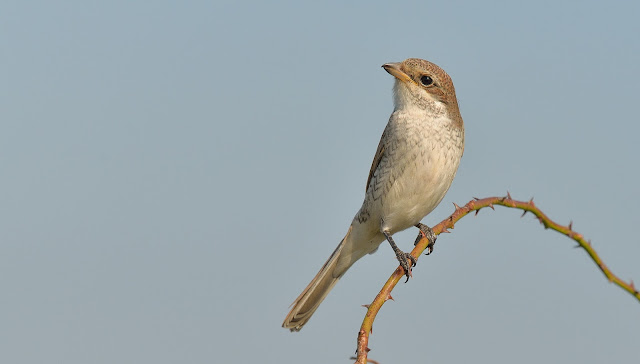 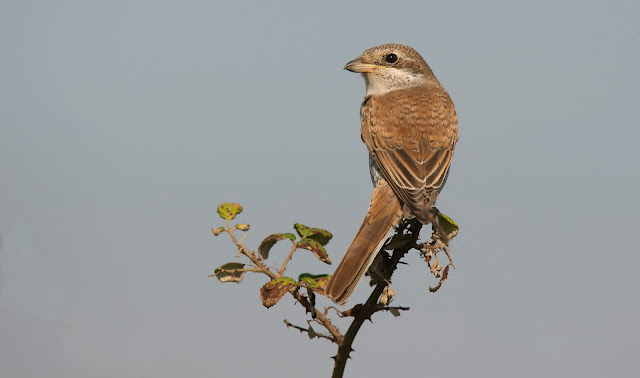 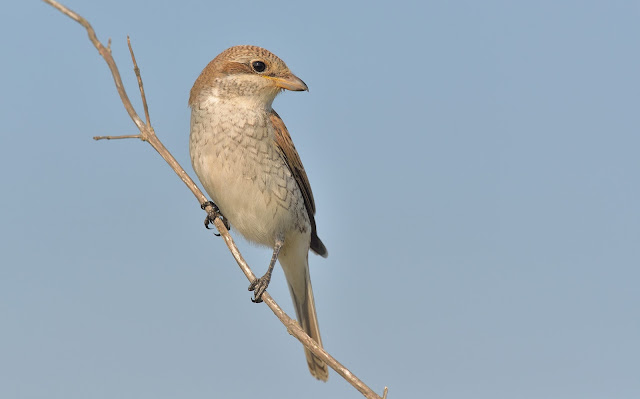 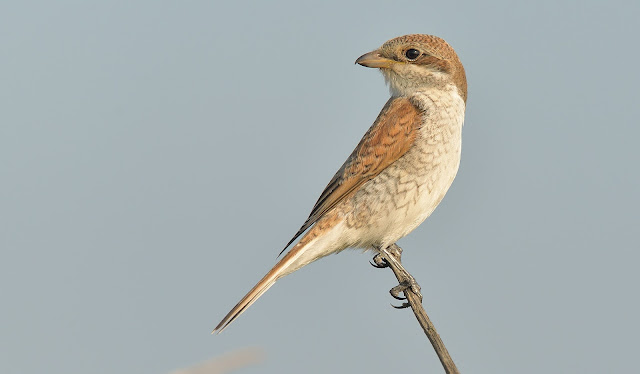 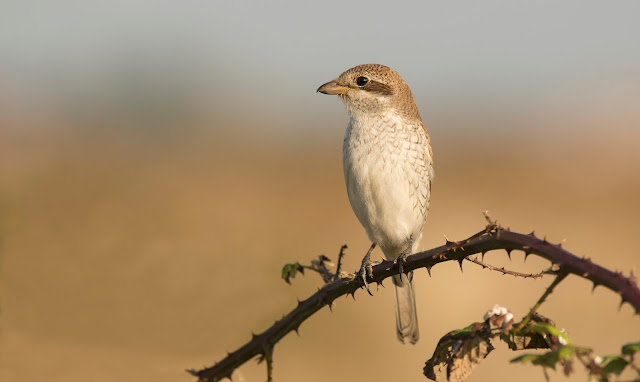