At long last I got around to putting the moth trap out again on Thursday night. With quite a warm night forecast and light cloud forecast the following morning, which helps with any photography, it looked a promising night. The following morning it was clear quite a few moths were there including a superb Jersey Tiger. 2 years ago I got the first Seaford record for this spectacular moth, with another caught 2 weeks later, which was the 3rd Seaford record as another had been caught locally by another trapper. With this latest moth I would guess there is a colony in the vicinity. Among the other moths I had my first Dusky Thorn, a super Magpie Moth and a Herald. 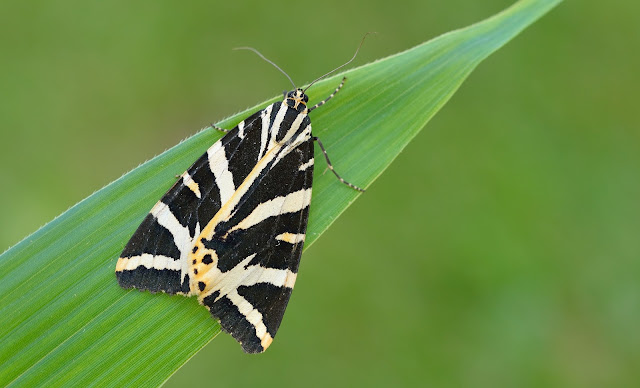 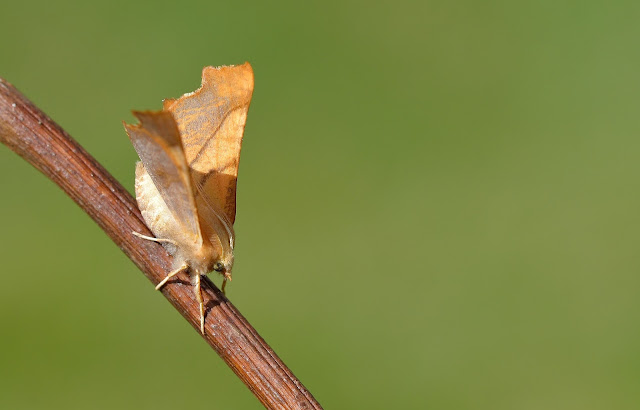 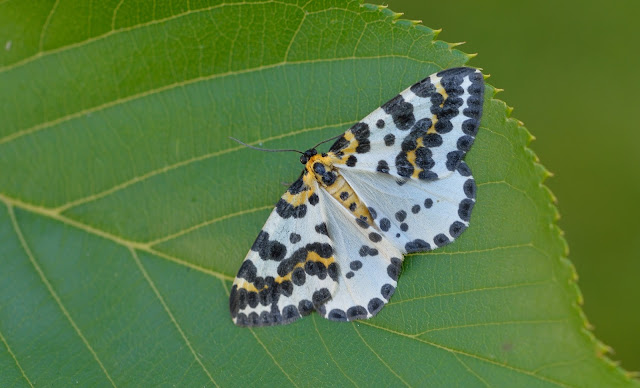 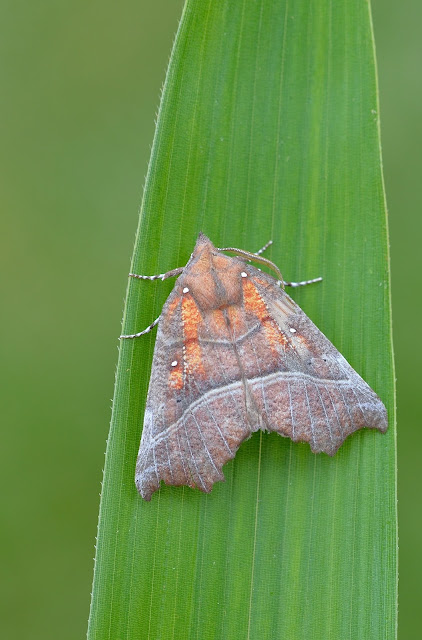 Yesterday Pete and I had another search for Brown Hairstreak. However, once the cloud cover built up it was evident that any sensible Hairstreak would have gone to cover. As we were well over halfway to Chiddingfold it was decided to head there, as Wood Whites are better to photograph in cloudier conditions. Once there the clouds were still thick and it was a hunt for roosting Wood Whites. Pete found the first one on Fleabane and it was just after this that I spotted a mating pair. Although I've seen the courtship display of these several times I can't remember seeing a mating before. After watching these for a while, with the sun becoming more evident all the time making the butterflies more active we strolled slowly back. On the way we saw 2 females egg laying on Birds-foot Trefoil. 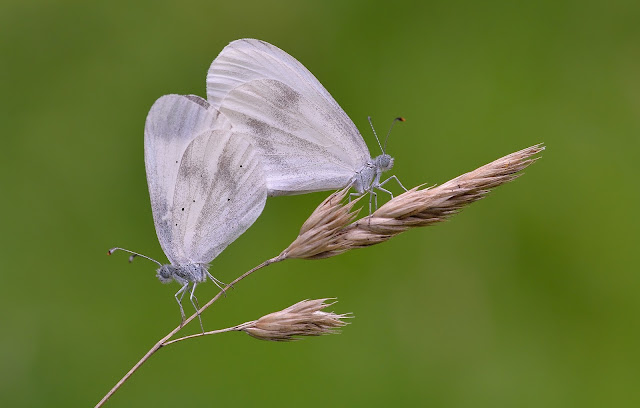 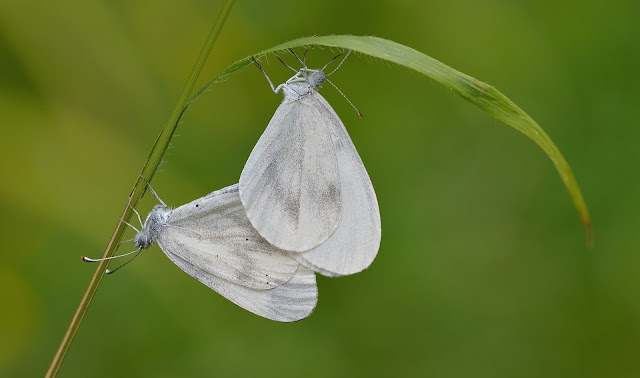 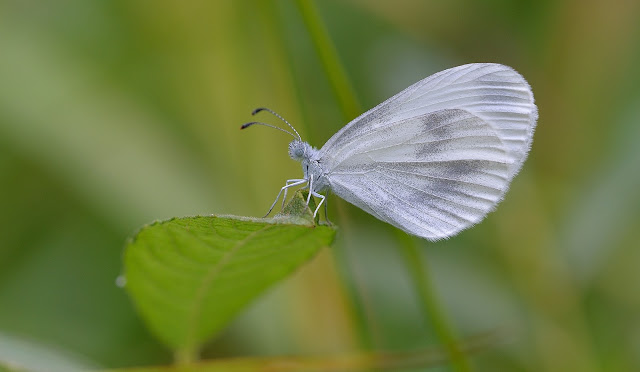 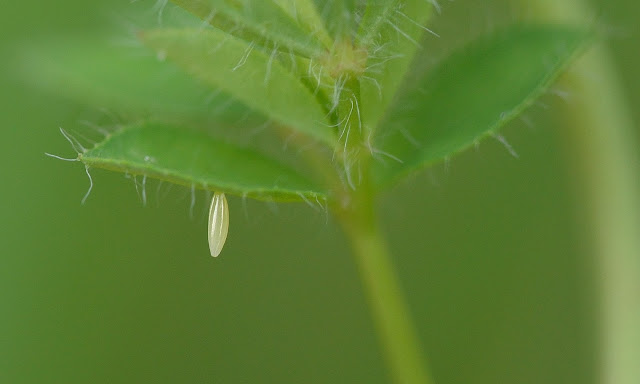 Posted by Bob Eade. at 10:11
Email ThisBlogThis!Share to TwitterShare to FacebookShare to Pinterest