After several pleasing butterfly sessions recently it was really good to have a bit of a change with a trip with Nigel (East Sussex Wanderer) to Ashdown Forest looking for some odonata and Raft Spiders. In some of the acid pools these spiders can be found, nothing like as rare as the Fen Raft Spider, but still really good to see. The first spider was away from the pools and Nigel thought it was probably an immature female. Working through a few pools we spotted another nice spider near the edge of the pool. It was actually missing one of its legs but sat still while both of us managed a few shots. 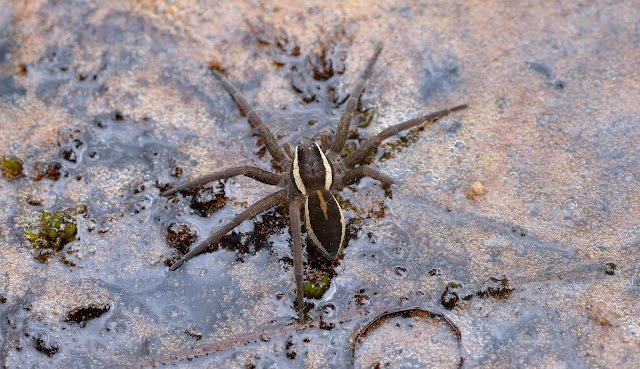 There were plenty of teneral Black Darters also seen around the pools but none of these sat in good positions. Nigel then spotted a mature male Black Darter and we both managed a few shots of him. 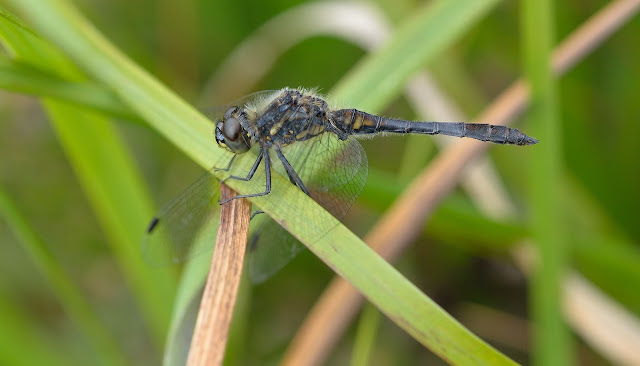 There were quite a few excuvia around the pools and as I was looking through the binoculars I spotted one had the emerging Southern Hawker dragonfly next to it. Unfortunately it was the other side of lots of water and I decided it was impossible to get to. A bit later it was still there and Nigel, who had wellies on, decided to see if he could get there. As he succeeded I also had a go and despite getting a little wet some very pleasing shots were achieved. We also saw a very nice Emerald Damselfly and a few Small Red Damselflies, but as the sun decided to go behind the clouds things slowed down quite a bit so we called it a day early. 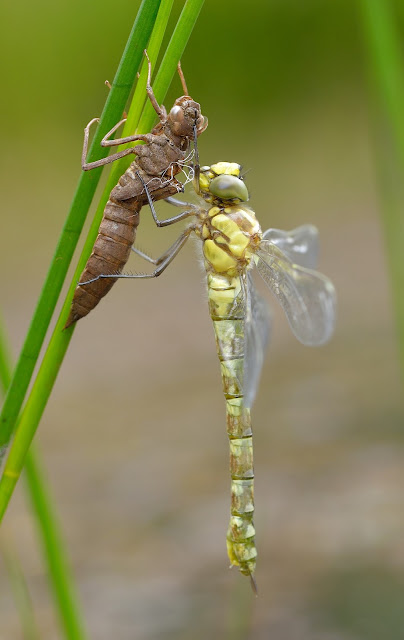 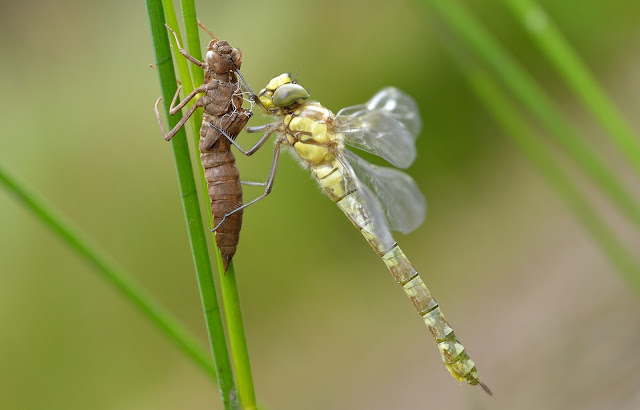 Posted by Bob Eade. at 21:25
Email ThisBlogThis!Share to TwitterShare to FacebookShare to Pinterest