The Adonis and the Spider.

Despite the breeze today I wanted to see how the 2nd brood Adonis Blues were doing on my local patch. With the cloud lifting during the morning, and quite warm conditions, what was first surprising was the amount of Speckled Woods seen. Along the main path, about a mile in length I estimated that I saw at least 40 and quite possibly 50 plus individuals. This is the most I've seen along here for several years. Several Wall Brown were also seen, although most of these were now well past their best. On the Adonis site around 15 males were seen including one extremely fresh individual. Strangely no female Adonis were seen, hopefully they were hiding in the long grass. The Brown Argus were also out in big numbers with at least 40 seen on site. A single Clouded Yellow and Small Copper were also seen. 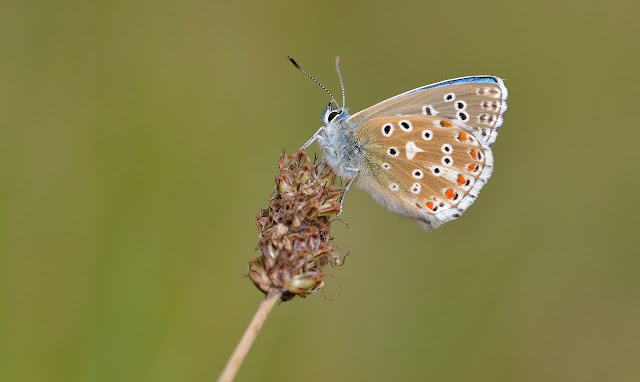 Whilst going down a steep hill I was surprised to spot a magnificent Wasp Spider. Although these spiders are far from rare I have never seen any on the patch before. On approach she fell to the grass cover but she very soon returned to her web. Here she sat until a small fly was caught in the top of the web and she climbed up there. In this position she was much better for photography as the background became much less in focus. A picture of the underside also was nice with a corn field as the background some distance away. After leaving her another 2 Wasp Spiders were found quite quickly. 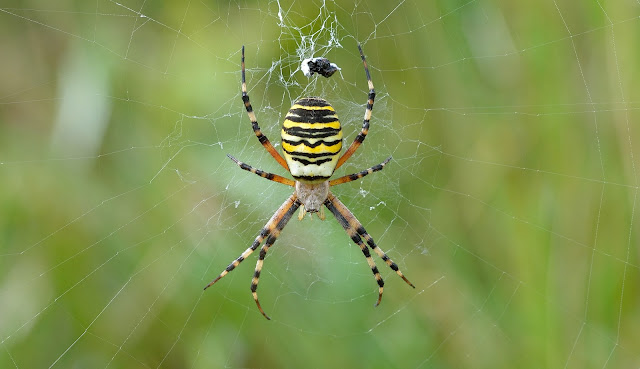 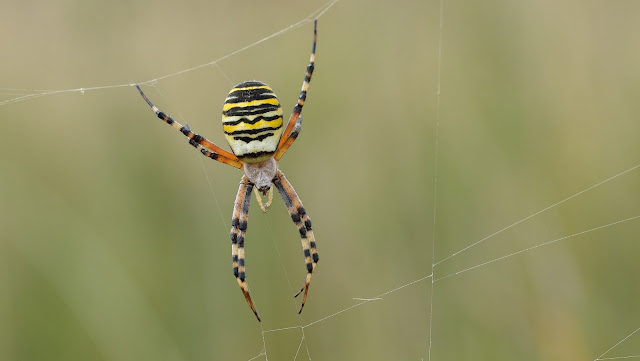 Wasp Spider at top of web. 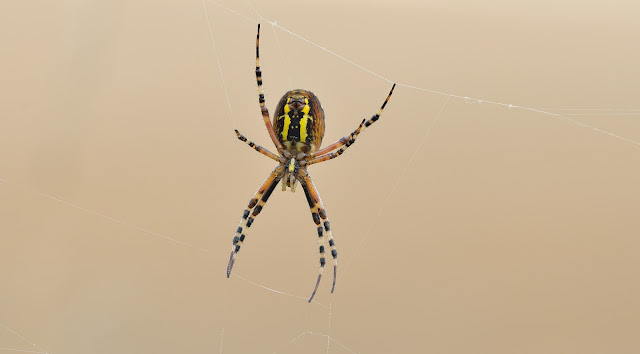