The Hills are Alive.

A busy few days over the local downland as it comes alive with insects. Chalkhill Blues are everywhere and on Thursday evening I was pleased to see a few Common Blues as well. These have been thin on the ground this year but in a corner of a meadow I saw 2 male Common Blues going to roost together. On approach I disturbed one of them and it flew. However, after settling very briefly a couple of times it came back to join the other male allowing a couple of shots before I left them in peace. 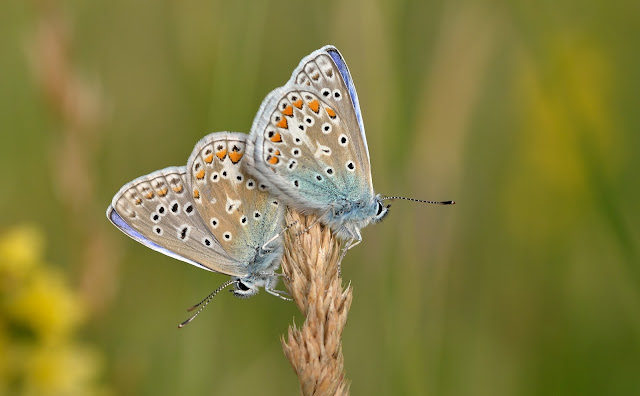 An Essex Skipper also showed some of its features. The black tips to the antenna which it dipped into some mascara for its eyelashes!! 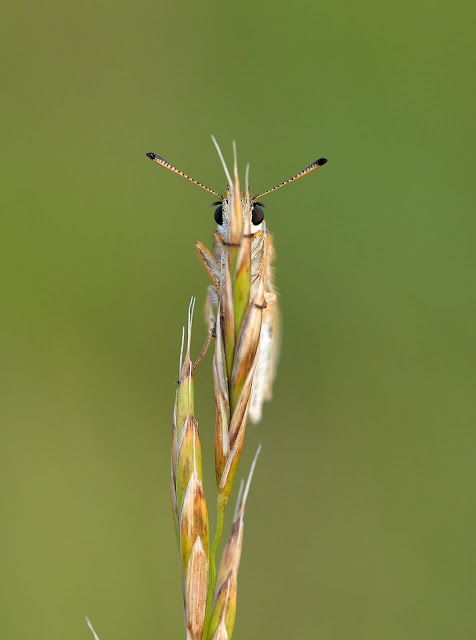 On Friday It was the long climb up Windover Hill to see if the local Grayling were now on the wing. This is a rare colony these days as most Downland colonies have now died out. Although it was very hot in the valley it wasn't long before the first Grayling was spotted. It is still very early in the flight season and numbers will quickly grow. In the end we saw 3 or 4 individuals of which a couple of them settled several times giving both of us probably our best shots of these butterflies. 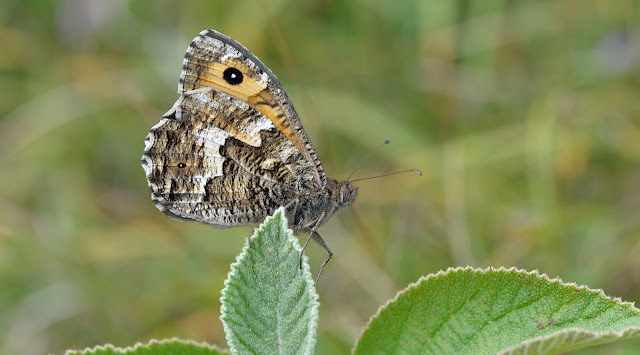 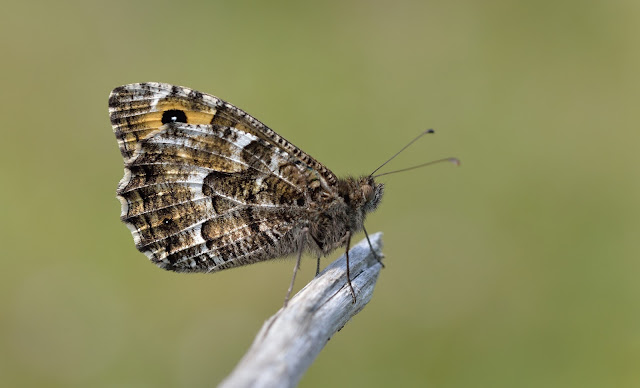 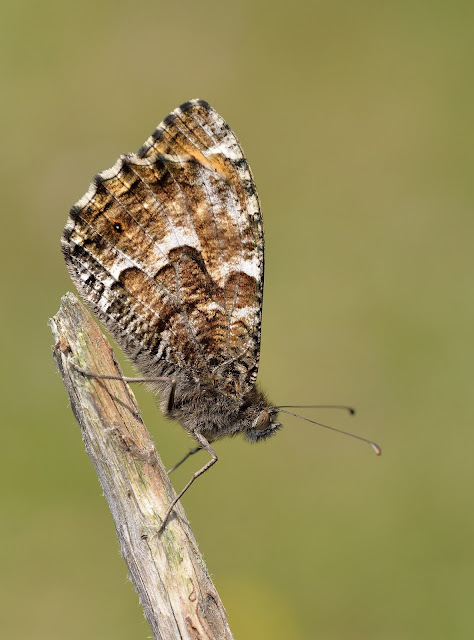 On Saturday a stroll back on the patch saw an increase in Wall Brown numbers with 12 seen away from the main colony. What was also good to see were 3 Small Coppers. This actually doubles my year tally for this butterfly that has probably suffered more than any other this year. All were looking fresh so hopefully there will be more to come. Chalkhill Blues were also good with many newly emerged females showing. 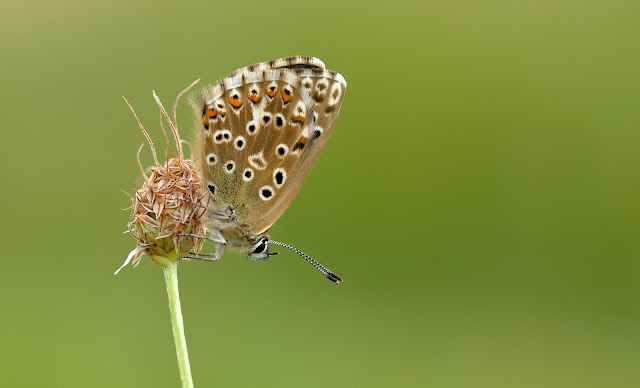 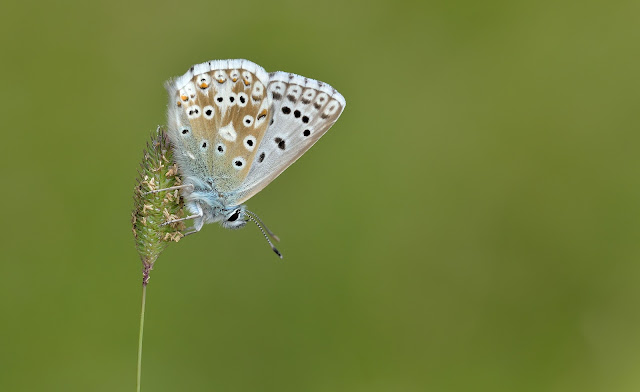 Posted by Bob Eade. at 11:51
Email ThisBlogThis!Share to TwitterShare to FacebookShare to Pinterest