Since finding the first Sussex Silver-spotted Skipper on the patch just over a week ago numbers have been building up nicely of this delightful little beauty. I have been out a few times trying to capture some photos of them. I have had mixed success over the years with some individuals quite happy to have their picture taken. Most though act like an exocet missile flying off so fast that only a younger eyesight would stand a chance of seeing where it went. However, after time spent amongst them I have now managed to get a few shots of them. 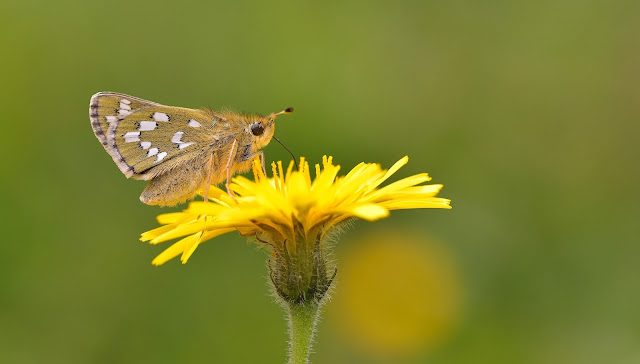 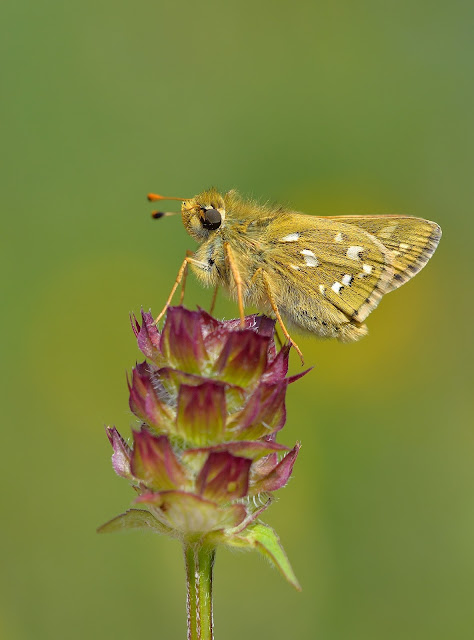 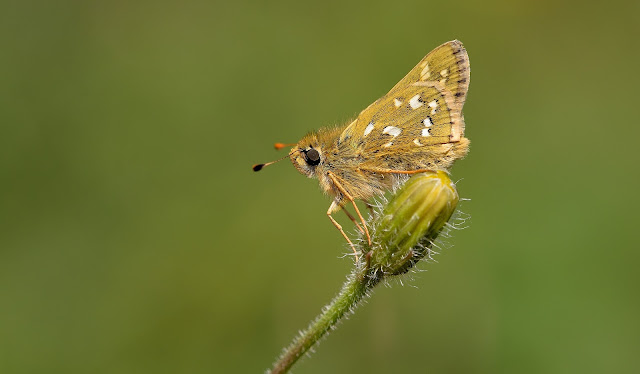 Whilst hunting these little gems I have managed to find 3 more Small Coppers nearby. 2 were next to each other with another seen nearby. My year count of these tripled in just 2 days!! 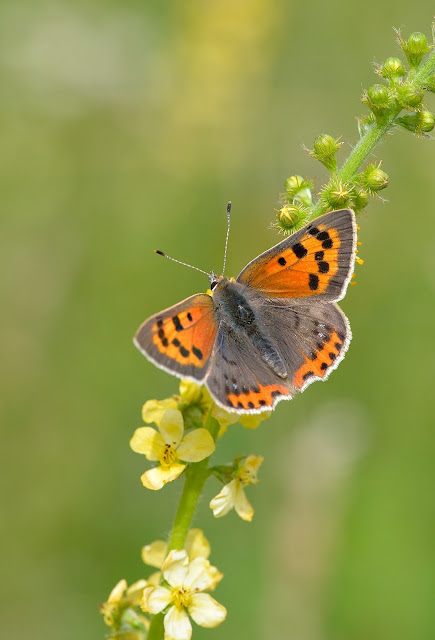 I was also lucky to spot a pair of Thyme Plume Moths mating recently. This is a rare moth in Sussex, although it can be quite numerous in an area of the patch. It is one of the very small Plumes. 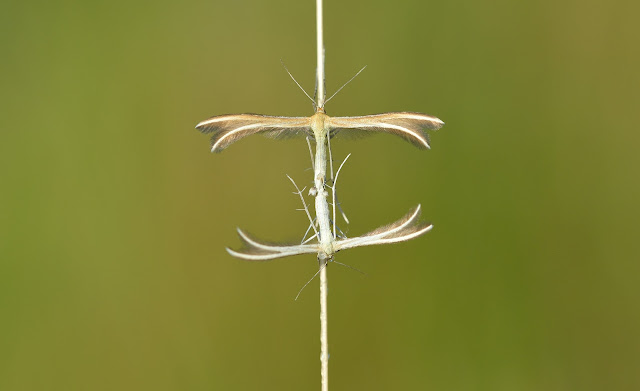 I also came across a mating pair of Chalkhill Blues yesterday whilst I was looking for the Skippers. With the sun out the male was multi-tasking by trying to sun himself whilst keeping his lady satisfied!! 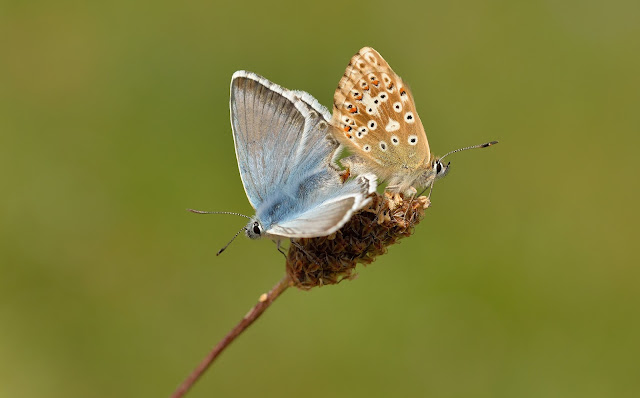